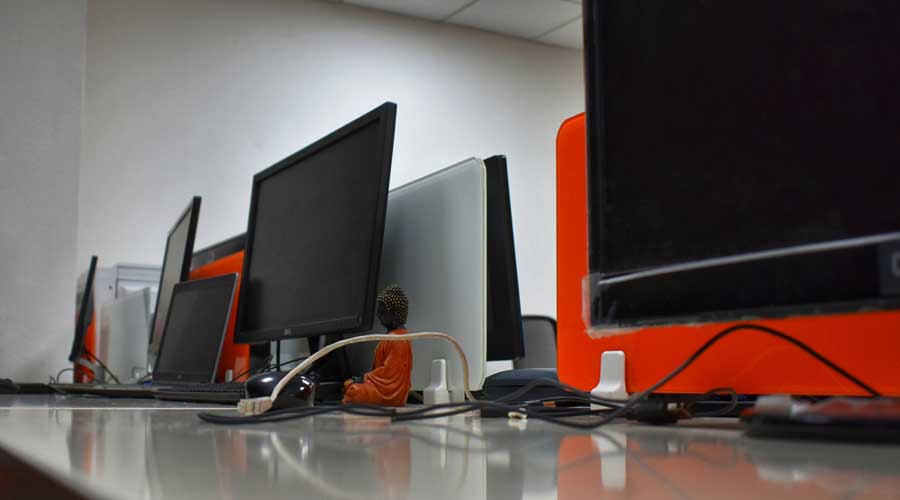 The Mamata Banerjee government has decided to restore normal attendance in government offices after the state recorded an overall decline in total Covid-19 caseload and the positivity rate.

The finance department on Tuesday asked its employees to report for duties on a regular basis “as per service conditions” from Wednesday.

The government had withdrawn all Covid-related restrictions from April 1 onwards.

“So, there is no reason to run government offices with 50 per cent employees on a given day. Now, it’s time to go back to normal working days,” said another bureaucrat.

Sources said all other departments would follow the finance department’s order and would instruct their employees to report for duties on a regular basis soon.

Over the past two years, the state government offices were being run with truncated staff. Initially, the offices were run with 50 per cent employees. But when the pandemic had reached its peak during the first and second waves, only 30 per cent of the employees attended offices.

“Again, when the situation was better, offices were run with 75 per cent staff. But the truncated attendance affected the work,” said a source.

Bengal on Tuesday logged 34 Covid-19 infections, 52 recoveries and no death. According to the latest Bengal Covid-19 bulletin, the state had on Tuesday 538 active cases.

New Delhi: The Supreme Court on Tuesday agreed to take up for early hearing the special leave petition filed by Trinamul Congress MP Abhishek Banerjee and his wife Rujira challenging the Enforcement Directorate’s summons to them in connection with alleged money laundering and the legality of the ED’s insistence that the duo should be examined in Delhi, instead of Calcutta.

A bench of Chief Justice N.V.Ramana, Justice Krishna Murari and Justice Hima Kohli gave the assurance to senior advocate Kapil Sibal who made the plea on behalf of the Diamond Harbour MP and the wife as the issue involved interpretation of vital questions relating to the provisions of the Prevention of Money Laundering Act (PMLA).

On March 11, a single-judge bench of Delhi High Court had refused to quash the summons issued to the couple.