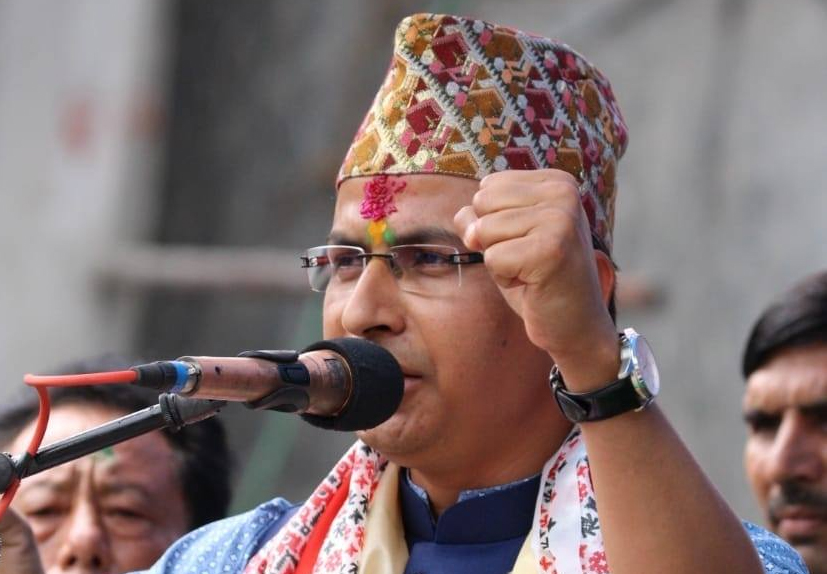 Raju Bista, the BJP candidate for the Darjeeling Lok Sabha seat, said on Friday “they would bring Gorkhaland”, doing so after his party’s silence on the issue during the two month campaign for the parliamentary polls.

“They” was a reference to Raju himself and Neeraj Zimba, a GNLF leader contesting Sunday’s Darjeeling Assembly bypoll on a BJP ticket. “What will this Gorkha do? They will bring Gorkhaland,” Bista told supporters at Chowrasta here on the last day of the campaign for the byelection.

The Gorkha Janmukti Morcha’s Binay Tamang faction dismissed Bista’s statement as a bid to “fool” the people. Tamang is Zimba’s main rival in the bypoll.

The BJP, its allies like the GNLF, and Raju had earlier only spoken about a “permanent political solution” for the hills. This was mentioned in the BJP manifesto, as was a promise to grant tribal status to 11 hill groups.

GNLF leaders had during the Lok Sabha campaign said the permanent solution should be “constitutional” and that they would settle for nothing less than Sixth Schedule status — a provision allowing some regions greater autonomy.

Observers believe that any support for Gorkhaland can have a major impact in the rest of Bengal as the demand is opposed in the plains. Against this background, Bista’s comments on Friday surprised many.

“I want to say a few things on what I, along with my mota daju, will do on winning the elections,” Bista said. The BJP camp fondly refers to Zimba as “mota”.

Suraj Sharma, a spokesperson for the Tamang camp, accused Bista and Zimba of doublespeak.

“When the (Lok Sabha) elections had not started in Bengal, they (BJP and allies) had refrained from uttering Gorkhaland. Now that the elections in Bengal are almost over, Raju Bista has uttered Gorkhaland,” Sharma said.