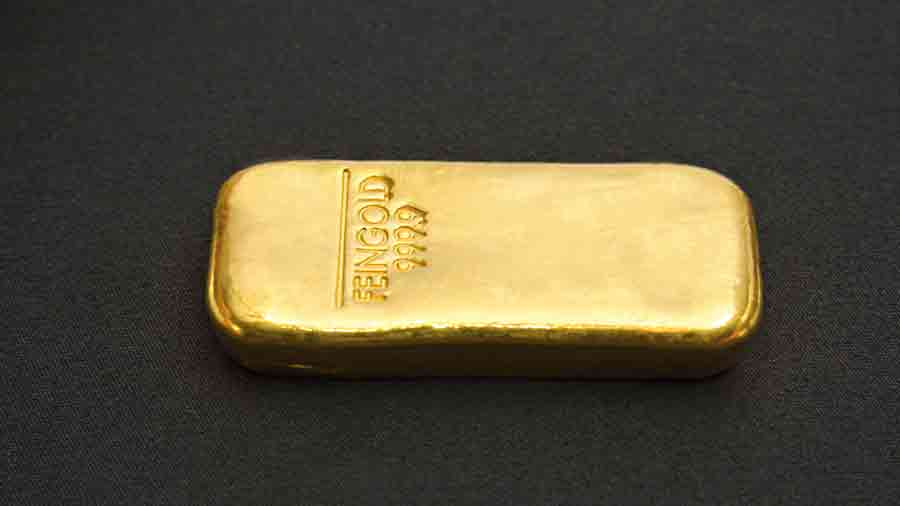 The Directorate of Revenue Intelligence arrested a person and seized gold bars worth around Rs 1 crore from him at New Jalpaiguri station on Monday.

Sources said Dilip Maney of Maharashtra boarded the Delhi-bound Rajdhani Express from Guwahati and hid the 2.2kg gold in the specially made handle of a trolley bag.

“The gold was smuggled through the India-Myanmar border. He received it from someone in Guwahati and was carrying it to Kanpur. It seems he is linked with a gold smuggling racket,” said a source.

The DRI team intercepted him at New Jalpaiguri station. A luggage search revealed the gold bars. “On Tuesday, he was produced at the additional chief judicial magistrate’s court here. The court sent him to judicial custody for 14 days,” said Tridip Saha, the lawyer representing the DRI.

A team of Barobisha police outpost in Alipurduar seized two trucks and arrested three persons on Monday for allegedly smuggling coal in the vehicles. The trucks were stopped at Pakhriguri on the Bengal-Assam border.