Girls just wanna have... a voice 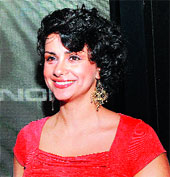 Many Indian Women Have Taken To Twitter, The Micro-blogging Site, To Air Their Views. And Some Of Them Have Become Social Media Celebrities By Virtue Of Their Wise And Witty Tweets. Prasun Chaudhuri Looks At The Women Who Matter In India's Twitterverse   |     |   Published 08.03.14, 12:00 AM

Everyone knows that movie stars like Priyanka Chopra and Deepika Padukone, media celebs like Barkha Dutt and Sagarika Ghose have hundreds of thousands of followers on social media who hang on to their every word. But Malini Agarwal, Priyanka Sachar? Vidyut Kale? You may not have heard of them otherwise, but these women are rockstars of India’s Twitterverse too — not because they are famous in their day jobs, but because their tweets have that special something that keeps the followers coming.

Take Malini Agarwal (@MissMalini), a former radio jockey and head of digital content for Channel V in India, who has over 2,00,000 followers on Twitter. In fact, she has a larger-than-life presence on virtually all social media platforms. Agarwal tweets about Bollywood, the fashion world and the Page 3 circuit. Her Twitter bio says: “She who controls the spice, controls the universe. Bollywood, Fashion & Lifestyle with a Desi Girl Twist.” This “desi girl” with the insider’s take on the glamour world is now an industry of sorts. She has her own website called missmalini.com in which she has employed nine enthusiastic young bloggers — “a happy mix of Bollywood Junkies, Fashionistas and Party Animals” representing “the young, modern (and pretty!) face of India”.

Far removed from the glamour circuit is Vidyut Kale (@Vidyut), a stay-at-home mom raising an infant with cerebral palsy. She has over 14,000 followers for her unusual takes on “issues of socio-political interest”. Says Kale, who describes herself as an “intellectual anarchist”, “Twitter is just amazing because I can actually comment on something and get instant replies. I think I get followed mainly because I say what many will tiptoe around, and that can feel like a big relief when an issue is bugging you badly.”

Her “firebrand” tweeting — on women’s issues, politics, and indeed, pretty much everything under the sun — has turned her into quite a celebrity and she often gets invited to speak at events. Even though she avoids most of these “real-life” gatherings, sometimes her fans force her to attend them. She says, “I have been paid travel expenses to attend an event when I said I couldn’t afford the travel. I have been interviewed, I have had people make an effort to understand a [social] cause if I bring it up.”

Clearly, a social media platform like Twitter has become a fantastic forum for women — a section of society that has traditionally been voiceless. Those who shine on it, says Sunil Abraham, Centre for Internet and Society (a Bangalore-based organisation that researches the impact of digital media), do so by virtue of their “authentic voice”. He adds, “Unlike in the traditional media, there’s no editor to moderate their views and they don’t have any guidelines to follow.” In other words, what their fans get to read or see are unfiltered views — something that’s often missing in mainstream media. Besides, their tweets are often edgy and politically incorrect. And men — and women — fed on the traditional image of women propagated by the mainstream media, find that refreshing and engaging.

Adds social media enthusiast and avid blogger Harsh Ajmera, “People appreciate the bold and politically incorrect approach of these Twitter stars, as opposed to the sugar-coated comments aired in news channels and various other media outlets.” Agrees Kale, “Unlike in lengthy blog posts or newspaper columns, it is easier to make comments on news or challenge views through Twitter. It also enables direct interaction with readers.”

Ask Chinmayi Sripada (@chinmayi), a Chennai-based singer whose bold and frank tweets have earned her more than 2,40,000 Twitter followers. And a fair number of trolls and abusive enemies too. When she spoke out in support of Tamil Nadu fishermen who were attacked by the Sri Lankan Navy, she was flooded with abusive tweets that were tantamount to sexual harassment. But she took on her abusers (one of them was a professor at a top fashion institute) head on. “I filed a case under Section 66A of the IT Act and they were in jail for about two weeks. That was when I saw the full extent of cyber bullying on the basis of caste and community.”

Of course, Sripada doesn’t owe her fame to Twitter alone. She is a popular playback singer in south India and got famous across India for her recent Bollywood hit in Chennai Express. “I haven’t become famous because of social media. I am recognised primarily as a singer.”

Actress and former Miss India Gul Panag (@GulPanag) is yet another Twitter star who was already a celebrity. But with a staggering 7,84,000 followers, and with tweets that are unfailingly sharp and intelligent, maybe her Twitter stardom outshines her Bollywood one. A recent survey by an agency named her as one of the most influential persons on the micro-blogging site. News anchor Barkha Dutt — one of the country’s top media celebrities — also boasts a whopping 12.3 lakh followers.

But Kaveri Ahuja (@ikaveri) is a regular wife and mom who has gone on to become a Twitter celeb. A cancer survivor, her takes on everyday life and the stories of her battle against colorectal cancer (“I love a good fight. How else would I have kicked the big C’s butt?”) attract over 25,000 followers. She even runs a separate Twitter handle for her fan club (@ikaverifc). “Being recognised on Twitter has expanded my offline social circle as well. I can count many online friends as my real-life friends now,” she says.

One of India’s earliest Twitter stars was Priyanka Sachar. If her real name doesn’t ring a bell, her Twitter handle, @TwilightFairy, might. This erstwhile IT professional and part-time wedding photographer left her day job riding on the fame earned by her 140-character tweets. Her quirky takes on a wide range of topics — ranging from everyday outrages (“Bought passionfruit cake for parents’ anniversary from jaypeehotels and got long human hair baked in it for free. Never again!”) to instant reaction to news (“Sahara boss gets ink on his face. Reminds me of school time ink pen wars!”) — are lapped up by her 21,000+ followers.

Thanks to her fame on Twitter, she is often recognised by strangers. “It is a strange experience and I really don’t know how to react, except to say ‘yes, that’s me, how did you know!’… Twitter has made sure that so many interesting (and seemingly inaccessible) people are accessible instantly.” Apart from these “life-altering changes”, she keeps getting invited to some activity or the other, organised by brands that regularly invite “influencers”. “The recognition on Twitter/social media has affected me in massive ways. I left my IT industry job in order to figure out if I can take up a different profession and be a freelancer. And the moment I left my job, an opportunity landed straight in my lap, simply because of my Twitter id! I got offered a job as a social media consultant at a digital media agency,” she says.

So have social media platforms such as Twitter really done wonders for women’s empowerment? Yes and no. According to Sachar, Twitter did offer unprecedented freedom of speech in its early days. But now that a lot of politicians and political parties have come on board and the Indian IT laws are being tweaked, tweets can be misused by anyone in power. “Even though one can say what one wants, people do tread a tad more cautiously compared to, let’s say, two year back,” says Sachar.

Chinmayi agrees. “There is nothing called total freedom of speech. Even if one chooses that path, the trolls are waiting to see who can be cut to size. I am guarded about what I write on social media.”