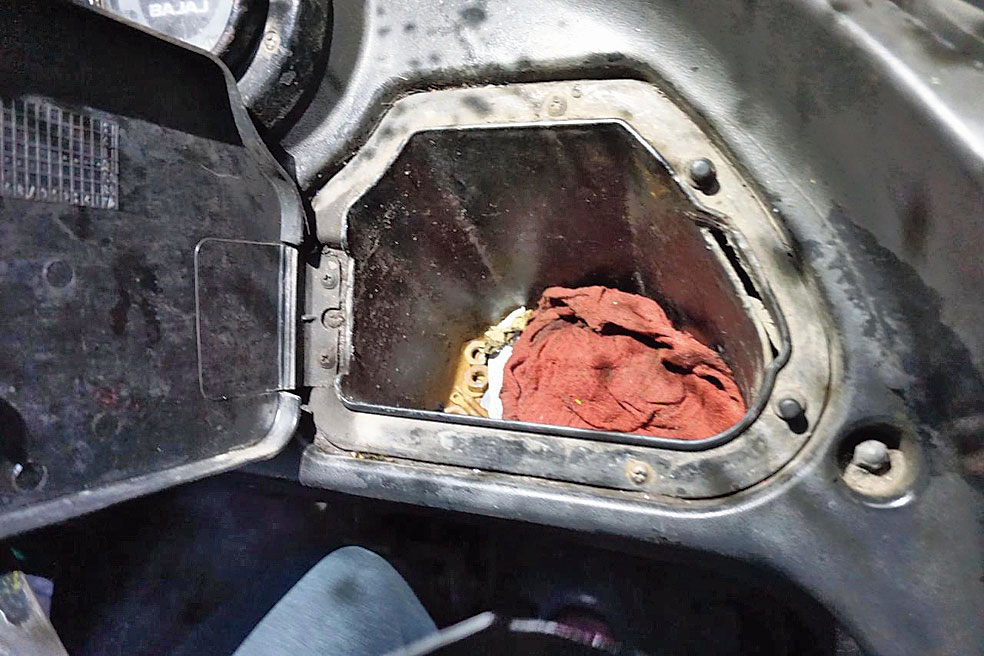 Three women and an auto driver were arrested with 12 gold bars worth around Rs 2.5 crore on Friday.

The women had boarded the auto at Ultadanga station, an officer of the directorate of revenue intelligence said.

The women are suspected to have smuggled the bars weighing 6.35kg into the country through the India-Bangladesh border in Bongaon, the officer said.

They reached Ultadanga by bus and train and were ferrying the bars to Burrabazar when they were caught, he said.

Based on a tip-off, a DRI team intercepted the vehicle nearUltadanga and found the bars wrapped in a piece of red cloth in the auto’s toolbox in front of the driver.

The women, Namita Biswas, Rina Mondol, Rakhi Biswas and the auto driver, Rajkumar Sardar, were arrested under sections of the customs act.

A city court on Saturday sent them to judicial custody for 14 days.

Calcutta University announced that admissions to its undergraduate hostels will begin on September 9 and continue till September 27.