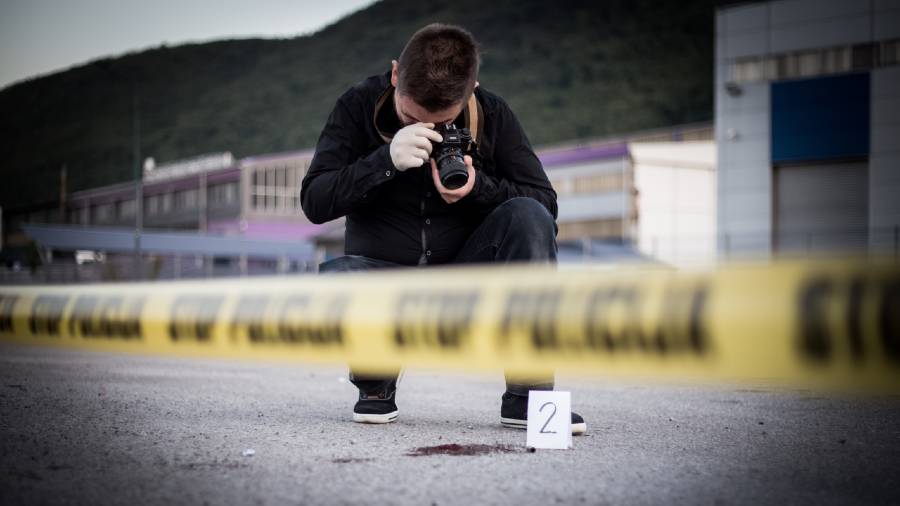 A team from the state forensic science laboratory on Saturday went to the spot on the banks of river Kopai in Santiniketan where a 16-year-old tribal girl was allegedly gang-raped by four “unidentified” youths early on Friday morning.

“We have used all possible measures to find out the culprits including using the tower dumping technology. The victim and her friend could not identify any of the four youths,” said Nagendra Nath Tripathi, the Birbhum police chief.

Sources in Nabanna said that police have been asked to use all possible resources at their disposal to crack the case as any delay will further embarrass the government in courtrooms.

The district police has sought help from an expert team of the CID to draw sketches of the accused based on descriptions of the victim and her friend who was beaten up before the quartet took the victim to a deserted place.

“The district police will get all needed help from the CID in Calcutta so that no question can be raised on the police investigation. Over the past few weeks, the state is facing embarrassment in the courts as some loopholes were identified in police investigations,” said a senior bureaucrat.

A four-member team of doctors was formed to look into the girl’s health. Doctors have submitted a confidential report to the police.

Opposition parties including the BJP and the CPM had hit the streets on the issue and have visited the girl’s family.

A team of CPM leaders on Saturday agitated in front of Santiniketan police station demanding arrests of all the accused.

“The law and order situation is pathetic in Birbhum like in other parts of the state. We want to see all the four accused arrested at the earliest,” said Bokul Ghorui, a CPM leader in Bolpur.

A team of district BJP leaders headed by party’s Bolpur president Astam Mondal, the president of party’s women cell Rashmi Dey met the family members of the victim and demanded arrests of the accused.

A Congress team headed by party’s Birbhum president Milton Rashid had met the family members and demanded a CBI probe into the case.