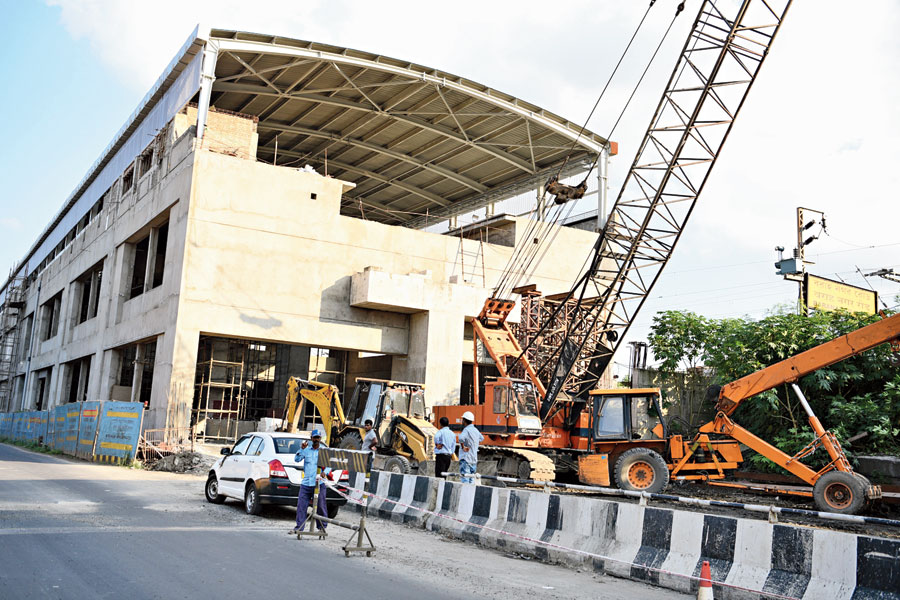 Metro Railway’s passenger count has fallen since the fare hike in December but the number of people boarding trains at Noapara has gone up, a trend officials are attributing to the closure of the Tallah bridge.

The officials said an even larger number of commuters could have boarded Metro trains from Noapara, the terminal station in the north, had the approach roads and modes of communication to the station been better.

On the north-south Metro route, most trains terminate at and originate from Dum Dum at the northern end. Only a handful of trains go till Noapara.

The Metro authorities had started increasing the number of trains terminating at and originating from Noapara in July 2019. Till June, 104 trains would end at and start from Noapara daily. In July, the count rose to 108.

As the demand for Metro shot up with the closure of the Tallah bridge, a key link between Calcutta and its northern fringes, for buses and other heavy vehicles last September, the authorities further increased the number of trains plying till Noapara to 121.

Now, 133 trains end at and start from Noapara, officials said.

The number of passengers boarding trains at Noapara has increased from around 2 lakh a month last May to 2.95 lakh a month in January, officials said.

After the Metro fares were increased in December, the average daily passenger count had gone down from 6.6 lakh to 6.1 lakh.

Officials said the passenger turnout at Noapara would be many times more if road connectivity to the station could be improved.

The state government has requested Metro to expedite the completion of the Noapara-Dakshineswar link.

“We have written to Metro Railway requesting them to start train operations till Baranagar from Noapara. Baranagar is an important station for many passengers. Dakshineswar station can be commissioned later,” transport secretary N.S. Nigam told The Telegraph on Thursday.

“We have also asked them to complete the Noapara-Airport Metro link. All support has been provided by the state for these two projects,” he said.

Metro officials have said they want to start the Noapara-Dakshineswar link by June but that might be delayed.