Doshi, who runs a store on Canning Street, had kept his consignment at the godown that was gutted in the fire 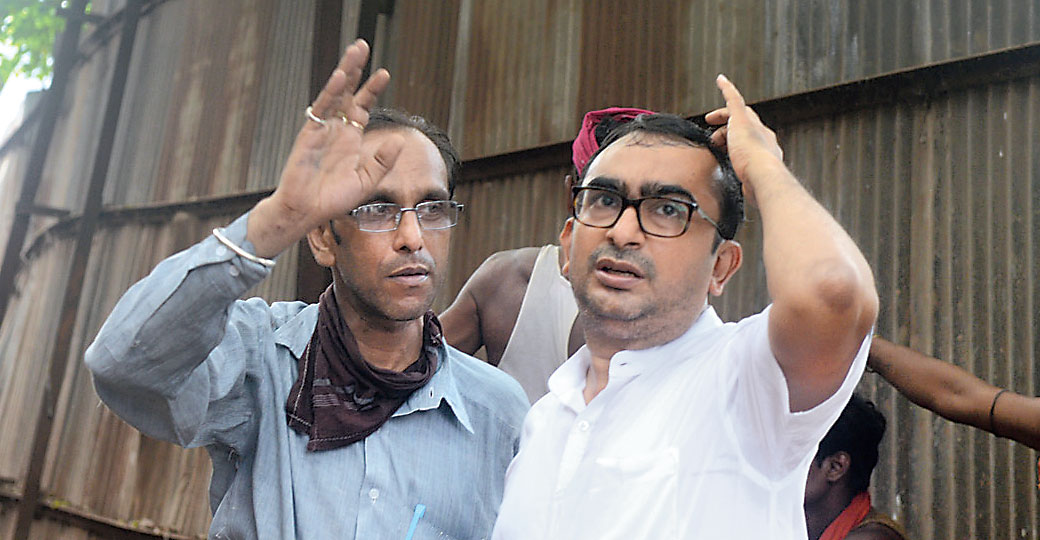 Pulin Doshi, a medicine wholesaler, looked lost as firefighters fought the blaze that had gripped a warehouse, which stood almost on the banks of the Hooghly and barely 100metres from the Howrah bridge, early on Saturday.

Doshi, who runs a store on Canning Street, had kept his consignment at the godown that was gutted in the fire. He stood almost motionless as firefighters kept on spraying water inside the room that had his stocks, most of which he knew could not be retrieved.

“My medicine consignment arrived from Secunderabad on Friday. I was to take them away today (Saturday), but I woke up to the news of the fire gutting the godown. I had procured Rs 35,000 of medicines,” said Doshi.

He said a few years ago he had suffered a loss of Rs 50,000 in a fire that had gutted another of his godown along the Hooghly.

On the ground floor, Paavan Commercial stored only goods of Hindustan Unilever Limited, said Suresh Bhutra, an official of Paavan.

“Though our godown is unaffected, we have removed all goods. The roof seems to have collapsed on our ceiling so we don’t know if any crack has developed on it or not,” he said.

An official of the Calcutta Port Trust, which owns the building, said that about 65,000sqft godown space was available in the building’s two floors.

An employee of Inland World Logistics Private Limited said the company had about 33,000sqft space on lease.

Since morning, hundreds of retailers and wholesalers whose goods were in the unaffected godowns came and showed their bills to take them away. Traders said that the warehouse used to store goods that came from other states after they were unloaded in Calcutta.

The companies that run the godowns either charge a fee for keeping the goods in their space or getting them transported to traders.