Five hurt as Fani blows over 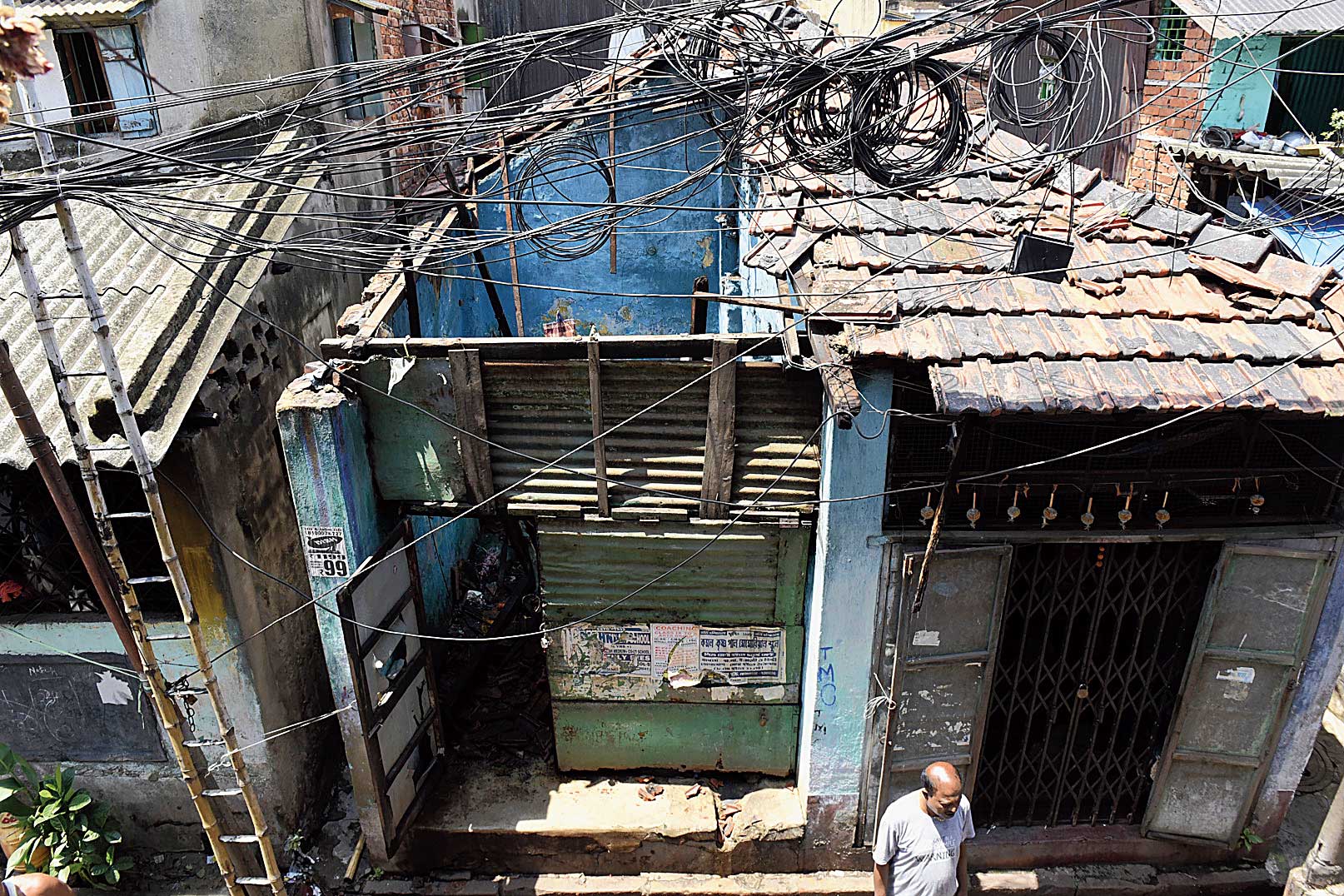 A house in Jorabagan’s Beniatola Lane without a part of its roof that collapsed around midnight on Friday.
Pictures by Sanat Kr Sinha and Pradip Sanyal
Our Special Correspondent   |   Calcutta   |   Published 04.05.19, 09:16 PM

A portion of a house in Beniatola Lane in the Jorabagan area collapsed around Friday midnight leaving five people injured as Cyclone Fani blew over Calcutta and headed towards Bangladesh.

At least 17 trees — two in Salt Lake — and three lamp posts were uprooted across Calcutta and its neighbouring areas.

Police said 4,500 people were evacuated from old buildings and taken to its “safe shelters”. There were no casualties, the police said.

Around 11.50pm, a portion of the roof tile of the house in Beniatola Lane caved in. Five people, mostly in their mid-50s, who were asleep were injured. Bhola Yadav, Mahesh Yadav, Surya Yadav, Basanta Yadav and Chandeb Yadav were admitted to RG Kar hospital.

“It is still not clear why the roof caved in. There was light rain but no strong winds when the accident occurred,” an officer of Jorabagan police station said.

On Saturday morning, a portion of the boundary wall of a residential building along Manoharpukur Road and the cornice of a three-storey commercial building in the Rabindra Sarani area collapsed. There were no injuries, the police said. 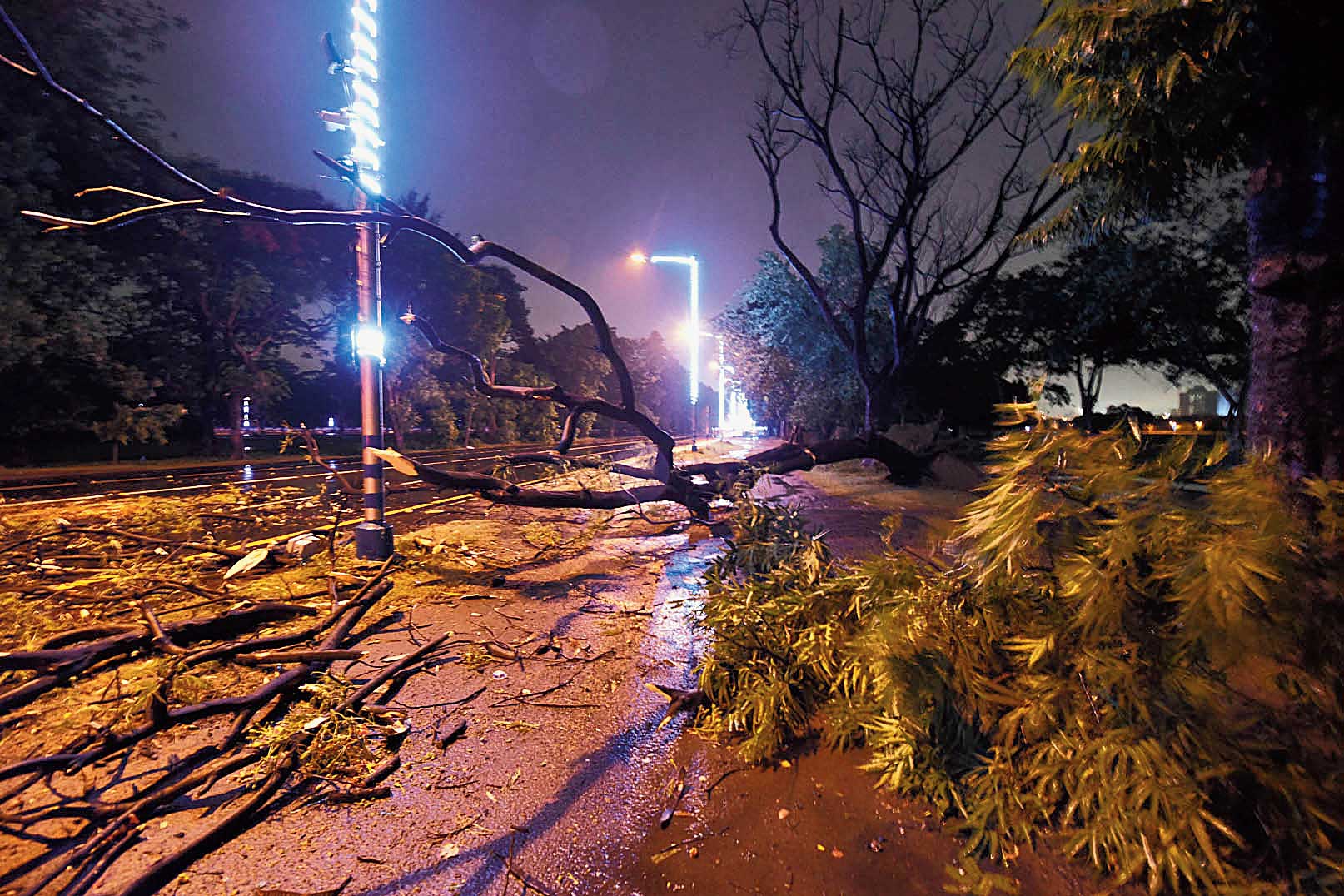 Uprooted trees on Red Road around 3.30am on Saturday
Pictures by Sanat Kr Sinha and Pradip Sanyal

The first was on Southern Avenue, the second on Anjuman Ara Begum Road in Jadavpur and the third on Graham Road in Tollygunge, the police said.

“There was no electric connection in these posts. So, no one was injured... also, the roads were deserted,” an officer at the special control room in Lalbazar said. “Some trees fell... but there was no traffic disruption.” 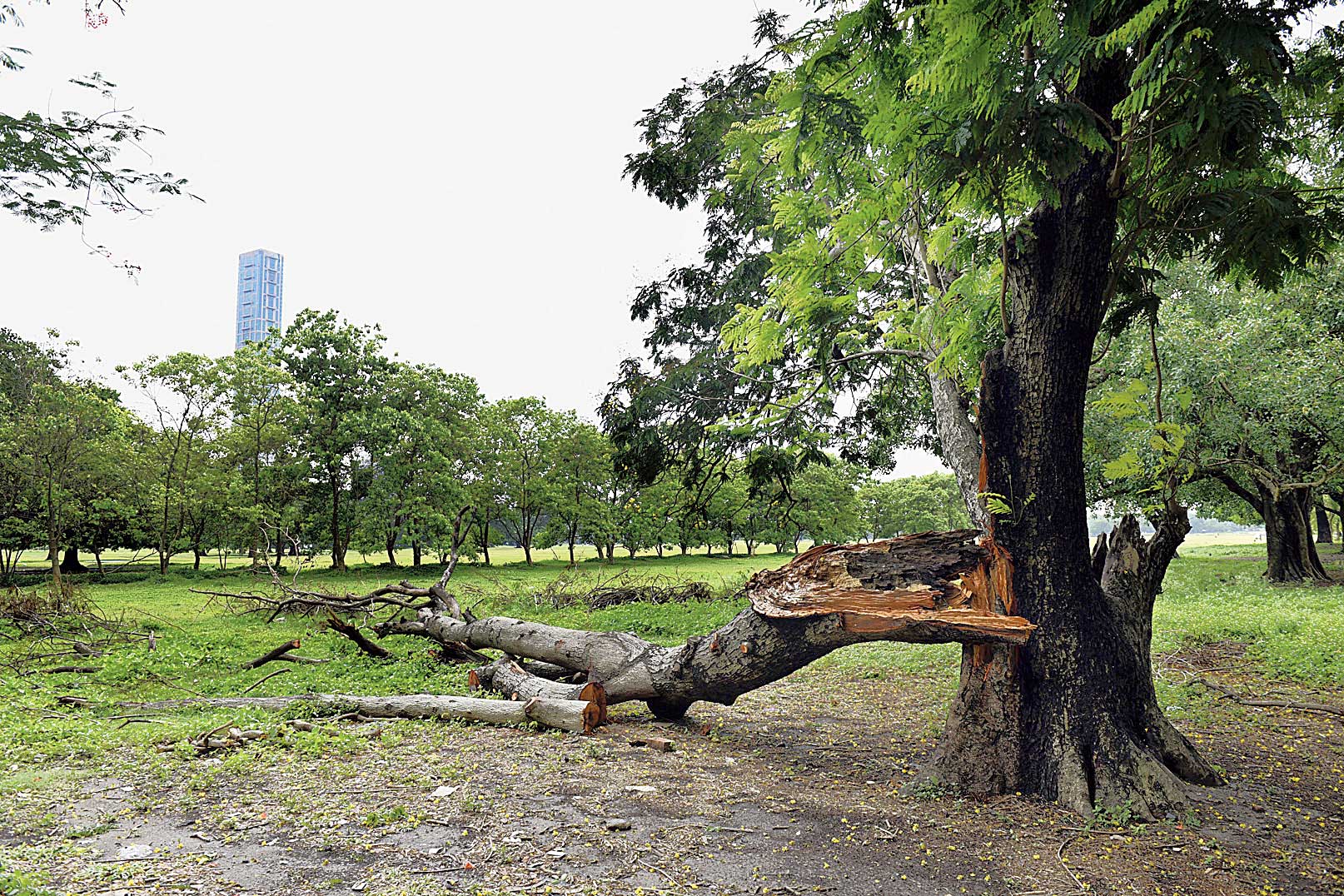 The Calcutta Municipal Corporation had set up relief camps in schools and at least 2,000 people were shifted to these camps, a civic official said.

Mayor Firhad Hakim spent the night monitoring preparedness along with officials of the disaster management team, including engineers and councillors.

Hakim left his house around 11pm and visited Sarat Smriti Sadan on Rashbehari Avenue before heading to north Calcutta to meet mayoral council members and borough chairmen to take stock of the arrangements in place.

Around 1am, Hakim went to the control room at the civic headquarters on SN Banerjee Road before holding meetings with other officials. 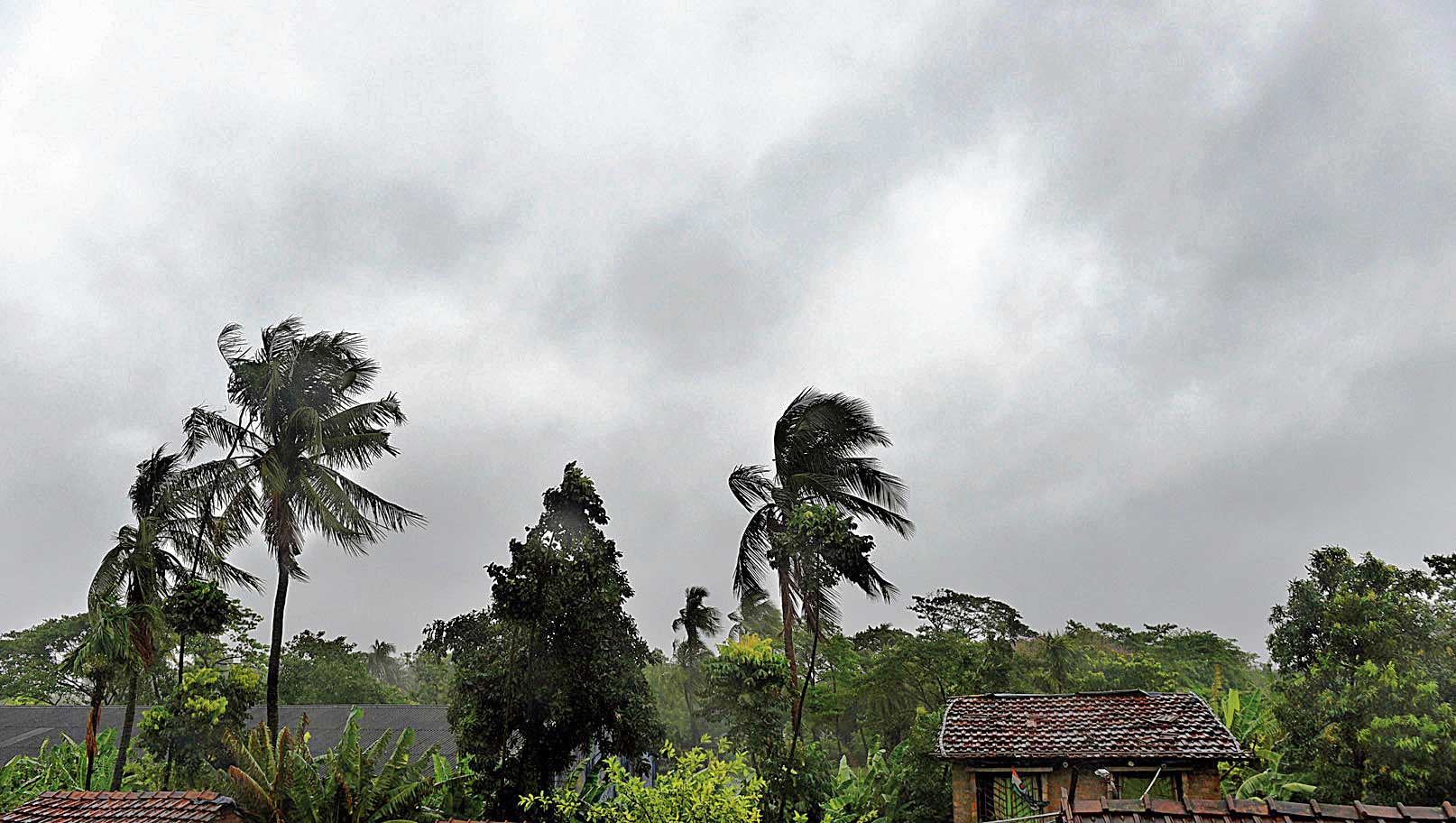 Trees sway in the wind in Dakshineswar around 7.30am on Saturday
Pictures by Sanat Kr Sinha and Pradip Sanyal

Around 2.30am, Salt Lake mayor Sabyasachi Dutta reached and spent time with Hakim. Among others who were present at the CMC headquarters with Hakim was deputy mayor Atin Ghosh.

“Civic officials coordinated with Lalbazar, fire services, civil defence and other departments, including irrigation, throughout the night,” a civic official said. “The status of all pumping stations was checked at regular intervals.”