Clashes with cops after bullet hits worker in Hooghly 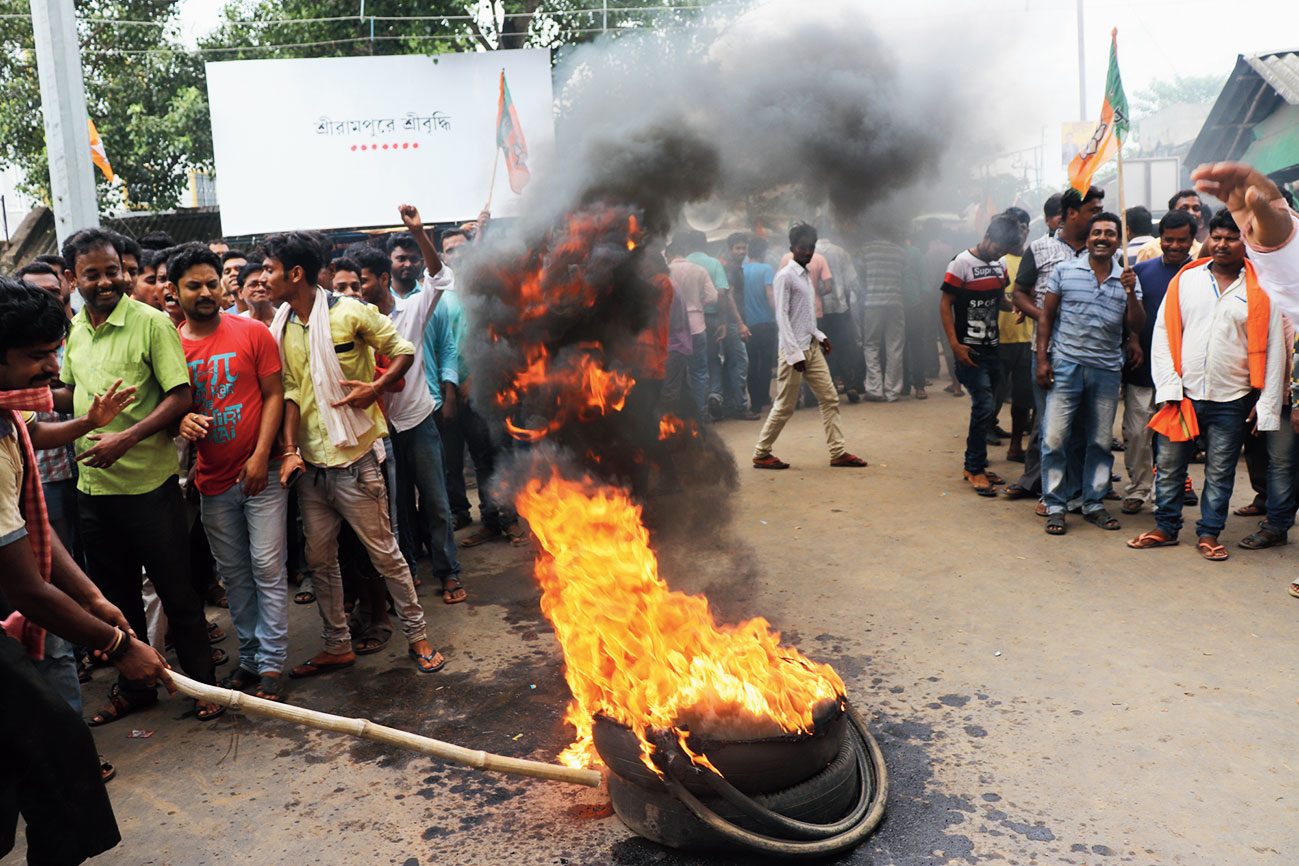 Violence rocked Hooghly’s Gurap on Thursday after a BJP worker was allegedly shot at by a police officer on Wednesday night while handling an irate mob protesting the stabbing of one of their colleagues.

Six cops were injured in the skirmishes that unfolded in at least six locations in Gurap and nearby Dhanekhali, 65km from Calcutta, between the police and protesters who attacked the Gurap police station amid “Jai Shri Ram” chants.

The agitators were demanding the arrest of the cop who they claimed had fired at Jay Chand Mullick during protests against the stabbing the BJP activist after he refused to stop chanting “Jai Shri Ram”.

Doctors said the bullet grazed two of Mullick’s ribs but he was out of danger.

The police said the bullet went off after some of the protesters tried snatch the revolver of the cop and the lock opened, leading to the trigger being pulled.

As tension escalated on Thursday, 350-odd BJP workers waving party flags threw stones at Gurap police station, prompting the police to resort to lathicharge and fire tear-gas shells in a near-replay of the Bhatpara violence.

Sources said the trouble started on Wednesday afternoon after a BJP procession wound up in Gurap’s Bathangaria village and party worker Sadhan Baul Das was hit with a chopper by a group of miscreants. Sadhan became unconscious and some party workers rushed him to a hospital in Chinsurah.

Soon after, a team of officers from Gurap police station reached the spot but was surrounded by swelling crowds demanding action against the attacker.

Some of the BJP workers allegedly started jostling with the police. “In the middle of all this, a policeman opened fire. A bullet hit a BJP supporter’s (Mullick’s) chest,” said a villager.

On Thursday, district BJP president Subir Nag accused the police of having opened fire on party workers, angering more members and causing a bigger mob to attack the police. The situation was brought under control after a bigger police contingent reached the spot.

Later, BJP workers and leaders regrouped and started demonstrating, disrupting traffic on several roads, including State Highway No 23, near Gurap.

BJP state general secretary Raju Banerjee reached Gurap later on Thursday and submitted a memorandum to the police. He was told the demands would be looked into.