One of Rabindranath Tagore’s favourite flowers — the Ashok 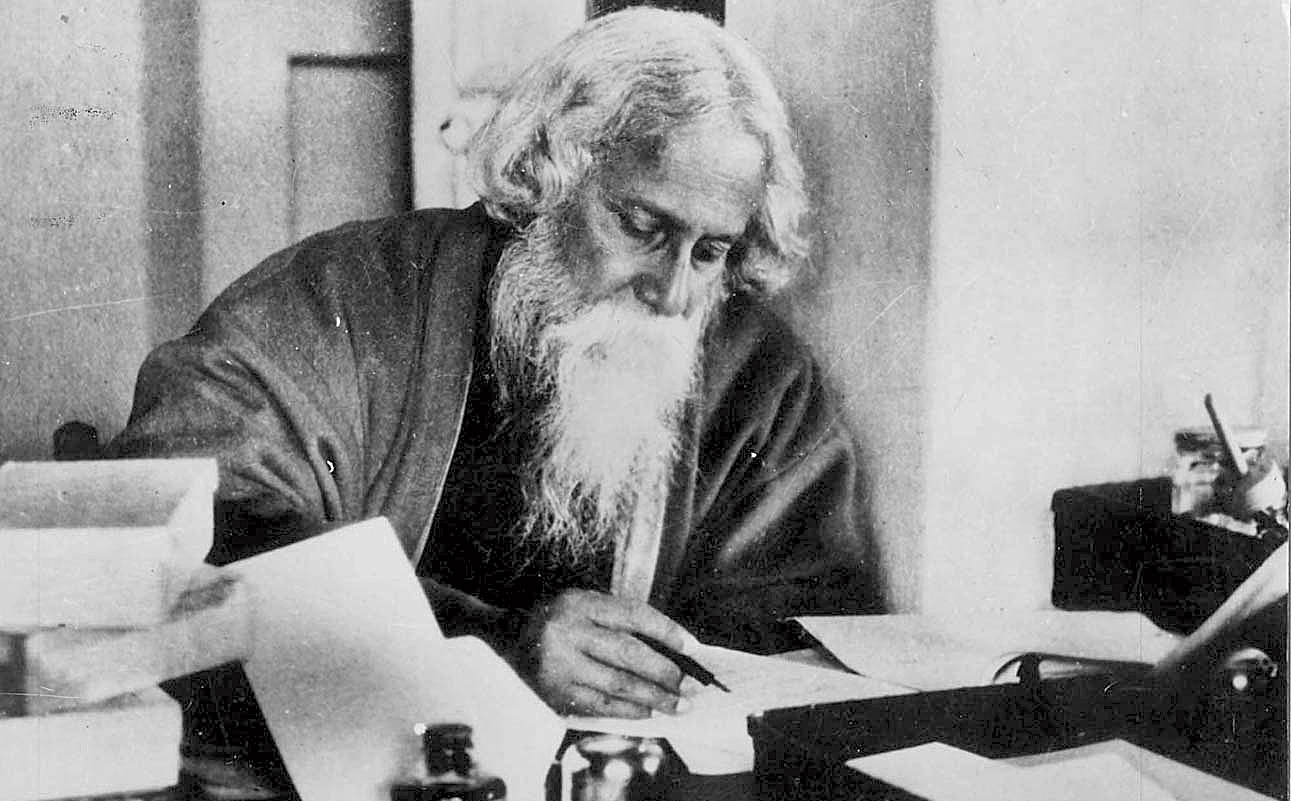 Rabindranath Tagore at his study table. The bard’s birth anniversary is next week. Ashok was a favourite of his
(The Telegraph file picture)
Shikul Bhattacharji   |   Calcutta   |   Published 02.05.19, 09:01 PM

Days before Rabindrajayanti, let me share some anecdotes about one of Rabindranath Tagore’s favourite flowers — the Ashok.

Ashok (Saraca indica, family Fabaceae) is a tree of undisputed Indian origin. This beautiful tree is an indelible part of many mythological stories. Also known as premvriksha or tree of love in Sanskrit, this tree remains closely associated with certain religious beliefs and customs. In ancient Hindu myths, Madana, the God of Love, can with his five love arrows, ignite the flames of love and passion not only in the hearts of humans, dwelling on earth, but also in hearts of Gods, the residents of heaven. Ashok, the fifth arrow in Madana’s quiver is the most powerful of the five flower arrows, the other four being Swetapadma (white lotus), Neelpadma (blue lotus), Amramanjari (mango blossoms), and Juhi or Juthika (jasmine).

Ashok is a medium-sized evergreen tree. It consists of a strong stem supporting many leafy branches. With the arrival of spring, the tree appears adorned in new leaves. These leaves are copper coloured, bestowing Ashok the name tamraparni or copper-leaved. The leaves slowly transform into light green and then dark green. The flowers appear in dense, closely packed inflorescences.

The red and yellow flowers appear in beautiful contrast to the green leaves. The flowers bloom in early spring and stay on till summer. The flowers are long stalked with long silky stamens and emit a mild fragrance. The Ramayana describes Sita being enchanted by the ethereal beauty of the many Ashok trees lining the banks of the Kaushiki (Kushi) river during their vanavaas (forest life).

Such was her fascination with the beautiful Ashok flowers, that she chose to stay in the Ashok Vana (forest of Ashok) in Lanka, instead of in Ravana’s magnificent palace.

Red and yellow flowers of an Ashok tree
(iStock)

Kalidasa, the noted Sanskrit poet and dramatist, mentions the Ashok in many of his acclaimed works. In the third act of the play Malavikagnimitram, the king Agnimitra admires the beauty of Vanalakshmi, the goddess of the forests, thus —

The brilliance of the scarlet Ashoka’s blooms

Surpasses the rich red of the lower lips

Rabindranath Tagore, too, has mentioned the Ashok tree in many of his poems and songs. In the dance drama Shyama, when protagonist Shyama leaves the capital with Vajrasena, the Kotwal sings plaintively:

Why did the Ashoka blooms desert the forest

Leaving the courts of spring so bare

The Ashok flower was a favourite of Rabindranath Tagore. There were no Ashoka trees in the gardens of Santiniketan at the time. The bard wished fervently to plant at least one. He requested many a person to give him a sapling. Finally a gentleman gifted him with one.

The happiness of the bard can only be imagined. After thanking the gentleman profusely, he began to think where the prized sapling could be planted. Santiniketan suffered perennial water scarcity; every drop of water had to be carefully conserved. Finally, it was decided to plant the sapling near a water outlet, off the kitchen.

Finally the long-awaited day arrived when the tree flowered. But the flowers looked very different. The poet wondered what had happened. This was not Ashok.

The plant went on to produce fruits — round and yellow. The poet finally identified it as Gab (Diospyrosdiscolor). The everyday walk of the poet in that direction stopped. The tree became the responsibility of the naughty boys with catapults. The sour fruits were all theirs.

Shikul Bhattacharji is a botanist, a Tagore devotee and author of the book Phool O Rabindranath. She is a resident of AK 185.