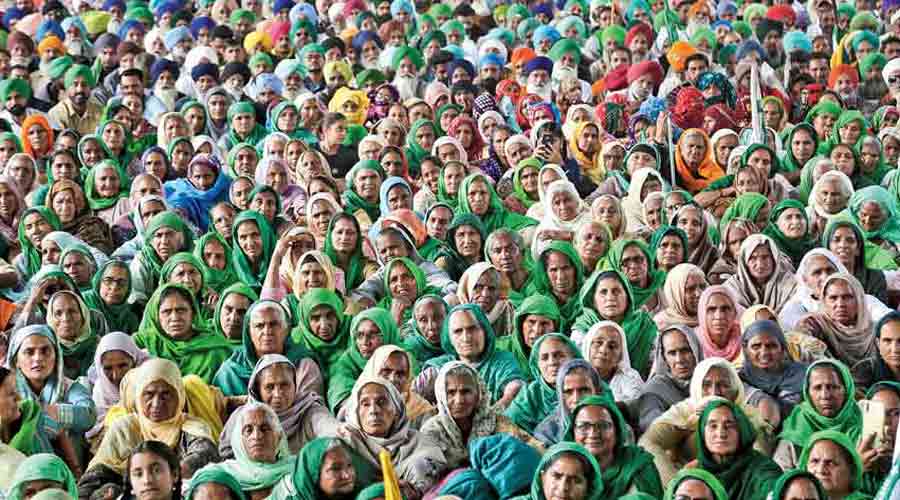 The Bengal chapter of the Samyukt Kisan Morcha (SKM) will organise a “massive” farmers’ march to Raj Bhavan in Calcutta on November 26 to mark the second anniversary of the movement that forced the Narendra Modi government to withdraw three controversial agriculture laws.

SKM leaders said the “Raj Bhavan Cholo (march to Raj Bhavan)” would mark the beginning of the second phase of the farmers’ movement where Bengal cultivators were expected to play a major role.

“We received enormous support from Bengal farmers during multiple meetings and rallies we conducted in districts. They have understood how the government is reluctant to resolve issues related to farmers. Around 25,000-30,000 farmers will take part in the Raj Bhavan march against the policies of central and state governments,” said Amal Halder, the state secretary of the All-India Kisan Sabha that is playing a major role to bring rural farmers to Calcutta.

“The farmers’ movement had started on the outskirts of Delhi. But this time, the protest would spread to the state with the march to Raj Bhavan. Farmers’ representatives would visit Assembly with an appeal to every MLA for support,” said Avik Saha, a member of the SKM’s national coordination committee.