He was accompanied by Baisakhi Bandopadhyay to 'Nabanna' 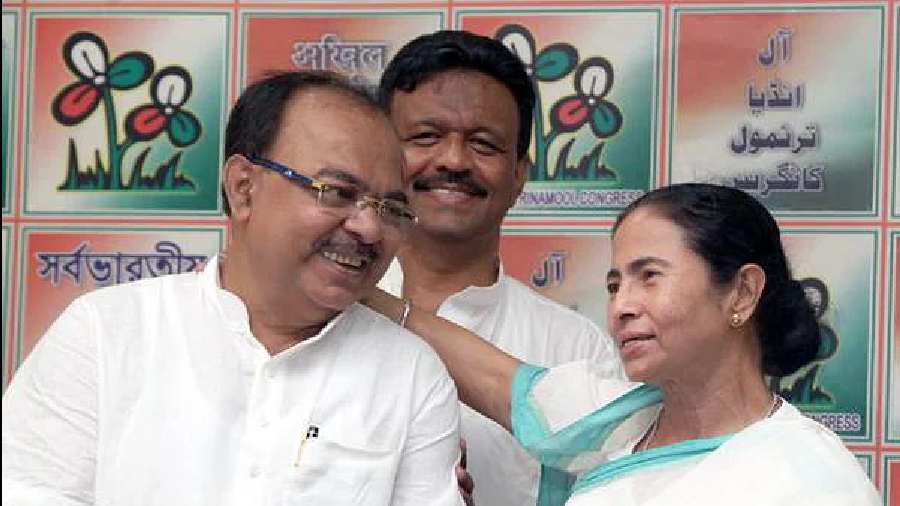 Chatterjee, who was accompanied by friend Baisakhi Bandopadhyay to 'Nabanna', avoided a direct reply to questions over his next move, and told reporters that he would follow directions of "Mamata di".

"Whatever decision Mamata di takes, I will abide by it. I will follow her directions," he told reporters after an hour-long meeting.

Asked if he was ready to join politics again, after keeping away from it for more than a year, Chatterjee wondered whether any individual is "apolitical" in West Bengal.

Both Chatterjee and his friend had severed ties with the TMC and joined the BJP in 2019, only to quit the saffron party again, two years later.

The duo was apparently miffed after Bandopadhyay did not make it to the BJP candidate list for Assembly polls, and Chatterjee was denied a ticket of his choice.

Chatterjee, a two-time mayor of Kolkata Municipal Corporation, had also served as a minister in Mamata Banerjee-led cabinet.

Bandopadhyay, talking to reporters after the meeting, said that "differences between (Mamata) Banerjee and Chatterjee" have been resolved.

"After Sovan had quit BJP, many people had written his political obituary. But he still has a lot to do in politics," she added.

The chief minister is known to have played a key role in shaping Chatterjee's political career, which like her, had begun in the Youth Congress.

He was asked by Banerjee to resign from his posts of minister and mayor in November 2018, after problems in his personal life became public.

Not bothered about Sovan’s next move: Dilip