Interim report by board could not identify the source of around one-fifth of Calcutta’s PM2.5 pollution 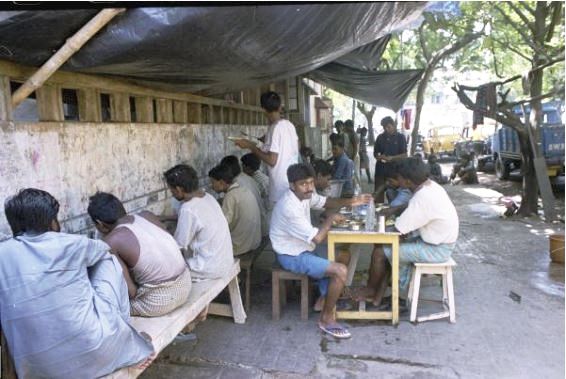 Environmentalists have raised questions about an ongoing study ordered by the state pollution control board to measure various pollutants in Calcutta’s air and the board’s claim that roadside eateries and ironer units contribute more PM2.5 than vehicles.

PM2.5 is the most potent of all air pollutants, which can enter the deepest crevices of the lungs and trigger a host of ailments, including cancer.

The board has asked the National Environmental Engineering Research Institute (NEERI) to conduct the “source apportionment study” — study of the contribution of the various sources to air pollution — following an order from the National Green Tribunal more than a year ago. The final report is expected soon.

Based on an interim report of the study, state environment minister Soumen Mahapatra and senior board officials recently said roadside eateries and ironer units released more PM2.5 because of coal burning and announced the government might provide them subsidy to switch to gas or electricity.

“The claim is a ploy to shift the blame for polluting the city’s air from the vehicular sector to others. The government’s stand contradicts a report the board has submitted to the National Green Tribunal,” said Anupam Deb Sarkar, a Jadavpur University scientist working on air pollution.

“Vehicles are a dominant source of pollution in Calcutta and can remain a daunting challenge with growing motorisation…. The contribution of vehicles to air pollution is expected to be significantly high,” reads the report the board handed over to the green tribunal in December 2018.

A source apportionment study conducted by the Asian Development Bank in 2005 had reported that vehicles were responsible for 50 per cent of the PM2.5 in the Calcutta Metropolitan Area.

The state pollution control board countered the claim. “According to NEERI’s interim report, 30 per cent of the city’s PM2.5 is generated from burning of coal in roadside eateries and ironer units. The vehicular sector contributes 26 per cent,” board chairman Kalyan Rudra said.

“We used a report from an earlier study which found 1.3 lakh eateries in the city, including roadside ones. We calculated the emission profile using that figure after doing a small sample survey,” said a NEERI scientist who was involved in the study.

He said the study was confined to the Calcutta and Howrah Municipal Corporation areas.

“The board should study the final report of NEERI as there are various other sources of coal burning, in and outside the city, that cause PM2.5 pollution. Thermal power plants and brick kilns are some of the sources,” said Arunabha Majumder, a professor at Jadavpur University.

“One needs to look not only at the local pollution sources but also on the wider air shade that influences air quality of Calcutta,” James J. Schauer, the US science envoy for air pollution, said at a recent meeting in American Center.

The air shade of a city refers to the atmospheric area that influences the air quality of that city.

“NEERI has not considered the pockets like Behala, Garden Reach and Topsia, which, according to the board, are high pollution zones and where several known pollution sources are located,” an official in the environment department said.

Environmentalists have also pointed out that the interim report could not identify the source of around one-fifth of the city’s PM2.5 pollution, which they claim has put a question mark on the overall findings and inferences.