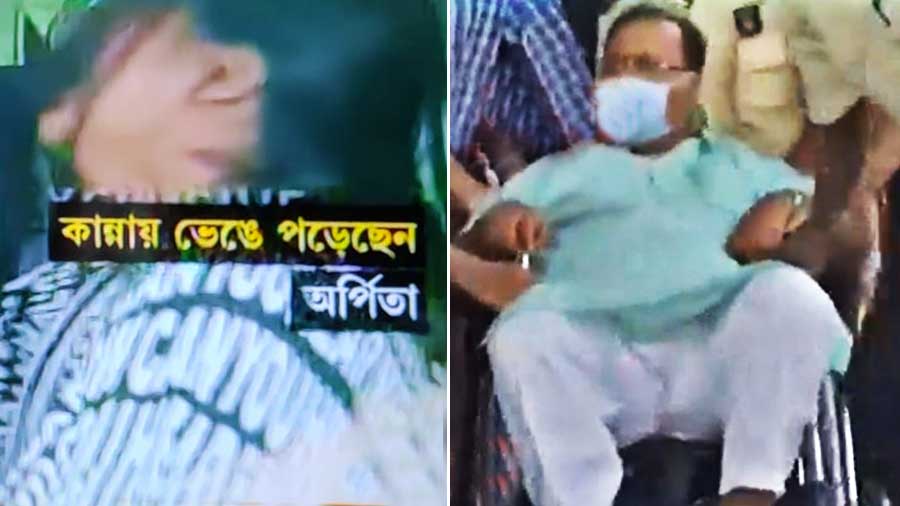 The Enforcement Directorate raided yet another apartment linked to Arpita Mukherjee, the close associate of arrested West Bengal minister Partha Chatterjee, in the city's Chinar Park area after recovering around Rs 28 crore cash from another flat belonging to her.

The raid by the ED, which is probing the money trail of the school jobs scam, was conducted late on Thursday evening, an ED official said. As the door of the flat was locked and the keys could not be traced, the ED sleuths broke it open in the presence of central force officers.

"This (Chinar Park) apartment belongs to Arpita Mukherjee and we suspect that like her other flats cash may be stacked here as well," the ED official said. "We are talking to neighbours and trying to find out what kind of activities were carried out here," he added..

The details of the Chinar Park flat was provided by Mukherjee during her interrogation by the ED earlier in the day.

In the intervening night of Wednesday and Thursday ED sleuths had raided a flat belonging to Mukherjee in the Belgharia area of the city and recovered around Rs 28 crore unaccounted for cash besides large quantities of gold and silver.

The central agency had seized over Rs 21 crore cash from another flat belonging to Mukherjee in the Tollygunj area. The value of the gold jewellery, believed to weigh several kilograms, is still being ascertained.

CBI as directed by Calcutta High Court is probing the alleged irregularities committed in the recruitment of Group C and D staff as well as teachers in government-sponsored and aided schools on the recommendations of the West Bengal School Service Commission.

Chatterjee, who was the education minister when the alleged irregularities took place, was arrested on July 23. He was stripped of all his cabinet portfolios and suspended from the ruling Trinamool Congress on Thursday.

Partha removed from cabinet and party