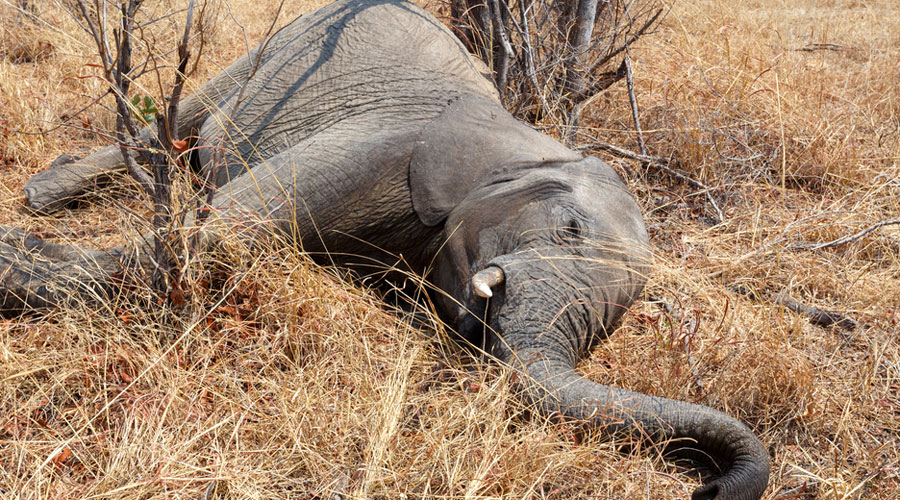 The male animal’s carcass was spotted in a paddy field at Garobusty in the Rajabhatkhawa range of the BTR
Representational image from Shutterstock
Our Correspondent   |   Alipurduar   |   Published 10.07.20, 12:30 AM

A wild elephant was found dead with an injury to the right hind leg at a village in the Buxa Tiger Reserve in Alipurduar district on Thursday morning.

“The preliminary probe shows that the elephant has not been electrocuted, unlike in some other recent incidents. We are waiting for the post-mortem report,” BTR field director Subhankar Sengupta said.

The male animal’s carcass was spotted in a paddy field at Garobusty in the Rajabhatkhawa range of the BTR.

This is the fourth wild elephant to be found dead in different forests of the Alipurduar district in the past one month.

Three elephants were found dead in the BTR and the fourth one near the Jaldapara National Park, located close to the tiger reserve.

“Initially, we had suspected that the animal had been electrocuted. Some residents of villages in the fringes of the BTR erect illegal electric fences or lay live wire in fields to prevent elephants from damaging drops or intruding into human habitats,” said a forester.

The forest guards could not find any electrical wire in the field at Garobusty on Thursday.

“The field was, however, surrounded by a barbed wire fence. The elephant might have died after suffering some injury in the fence. There is an injury to its right hind leg,” the forester said.

Local people said two elephants had entered the area on Wednesday night and left after some time. “We are surprised that we did not hear any shriek of the animal that died. We, too, want to know the cause of its death,” a villager said.

Later, the carcass was taken to the forest area where vets conducted a post-mortem. It was then cremated at the same spot.