East-West escape gap to be reduced 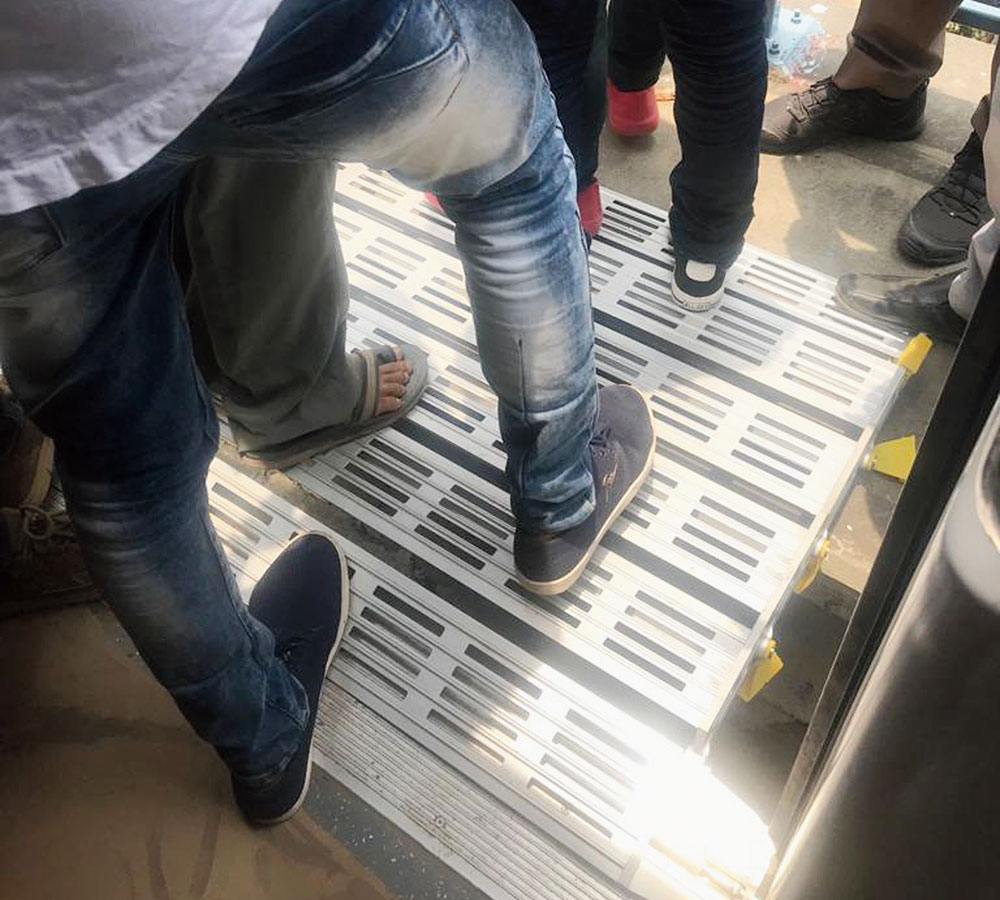 The East-West Metro authorities have tweaked the design of the walkway in the underground tunnel, bringing it closer to the tracks and making it easier for passengers to step on the narrow steel platform during evacuation.

The findings of a trial conducted by East-West Metro on Monday between Karunamoyee and Salt Lake stadium revealed that it would take 30 minutes to evacuate a packed train ferrying around 2,000 passengers if it gets stalled between two stations.

Officials said the duration could not be curtailed because of the 350 to 400mm-wide gap between the train and the walkway, which would prevent the authorities from opening all doors facing the walkway for evacuation.

All passengers will evacuate through a door in the front coach and negotiate the gap, wide enough for a person to fall through, with a still ladder before stepping on the steel walkway.

Officials said the gap between the train and the walkway, to run along the tracks on the entire route, had been kept in accordance with safety guidelines to ensure that the train did not hit the metal structure while oscillating. More the speed of the train, greater the oscillation.

The entire East-West Metro corridor spans 16.6km, between Sector V and Howrah Maidan, and part of it runs under the Hooghly river.

In the first phase, likely to be operational in a month or so, trains will run between the Sector V and Salt Lake stadium stations. The gap between the train and the walkway varies between 350 and 400mm on this stretch.

But on a 3.8km stretch between Howrah Maidan and Esplanade, which includes a 500m section under the river, the design has been tweaked to install the walkway closer to the train for more convenient evacuation.

The distance between the train and the walkway on this stretch will be around 250mm. 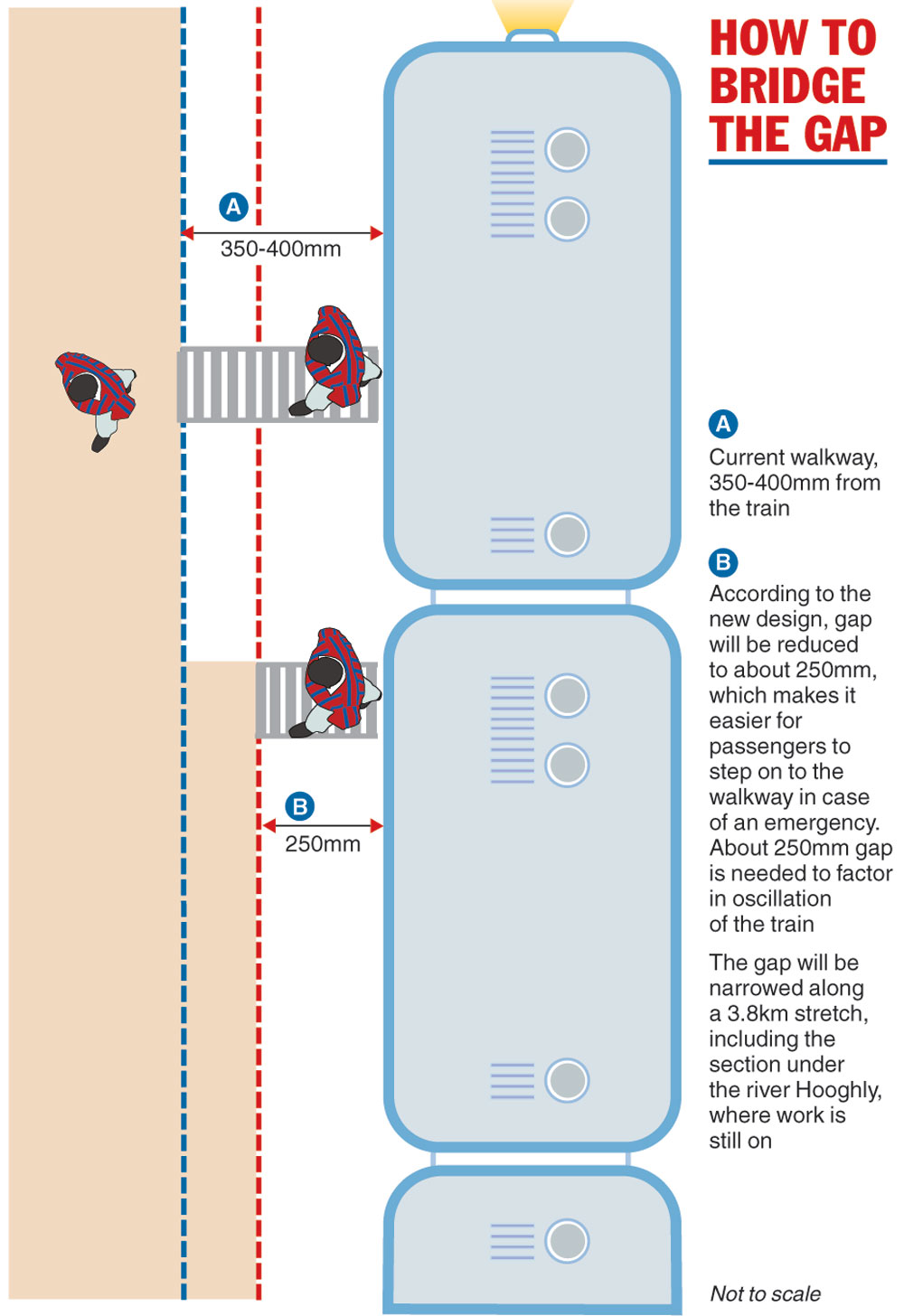 Kolkata Metro Rail Corporation (KMRC), the implementing agency of the East-West project, has asked Afcons, which is building the underground tunnels through which the tracks will pass and the stations between Howrah Maidan and Esplanade, to tweak the design of the walkway on the 3.8km stretch.

“Safety guidelines state no structure is allowed in the passage for the train, known as structure gauge in technical parlance,” said an engineer involved in the project.

“No construction, electrical equipment, box or even pipe is allowed in the structure gauge. However, in some cases structures such as walkway can be allowed in that zone.”

The Kinematic envelope is the space a train occupies when in motion and is calculated keeping in mind the maximum oscillation.

“The design has been tweaked so that the walkway can come up in the structure gauge on the 3.8km stretch,” said an Afcons official.

The 250mm gap, too, cannot be negotiated without a ladder. “If a train gets stuck between two stations on the 3.8km stretch, we will follow the same evacuation protocol as on the rest of the route. Passengers will leave through one door and step on a ladder, which will be placed by the driver, to access the walkway,” a KMRC official said.

“The evacuation will always be guided by the driver. In other cities across the world, where trains run on automatic mode, there is an attendant supervising train movement and evacuation in case of an emergency,” the official said.

At a station, evacuation will take 15 minutes if passengers are made to leave through one door. If all doors on one side are opened, a packed train can be evacuated in just 40 seconds.