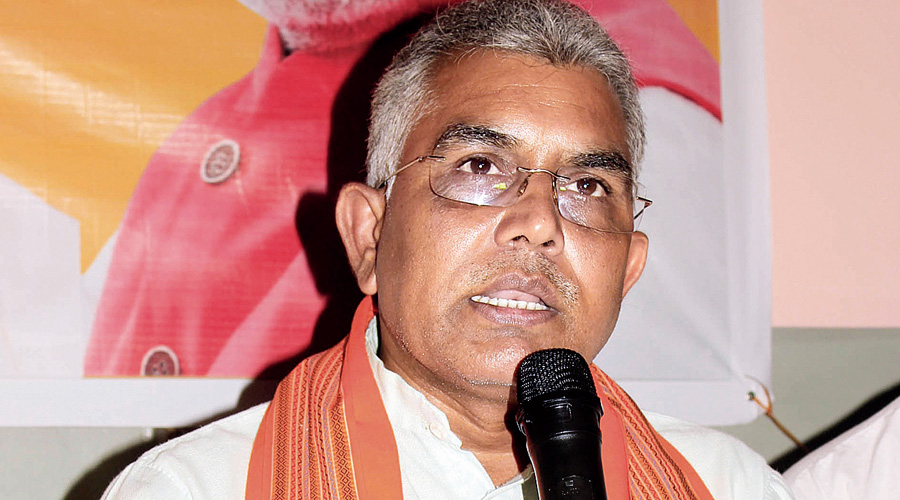 BJP's Bengal unit president Dilip Ghosh was shown black flags by Gorkha Janmukti Morcha (GJM) supporters as he reached the hill town of Darjeeling on Tuesday to take part in a party programme.

Ghosh was shown black flags by GJM supporters near the Ghum railway station as he reached the Hills to take part in the BJP's state-wide 'Poriborton Yatra'.

The GJM supporters alleged that though the BJP won the Darjeeling Lok Sabha seat for consecutive terms, the Hills remained neglected and no development work was done by the Centre.

The GJM supporters also raised 'go back' slogan against the BJP leader.

Ghosh claimed that supporters of Bimal Gurung and TMC were behind the incident as they were afraid of the growing support for the BJP in the Hills.

"This is the situation in Bengal where opposition parties are not allowed to conduct their political programmes. We need to change this atmosphere of fear," he said.

In 2017, Ghosh and a few other BJP leaders were allegedly heckled and beaten up by GJM supporters when they were visiting the Hills.