DIG for Birbhum in political vacuum 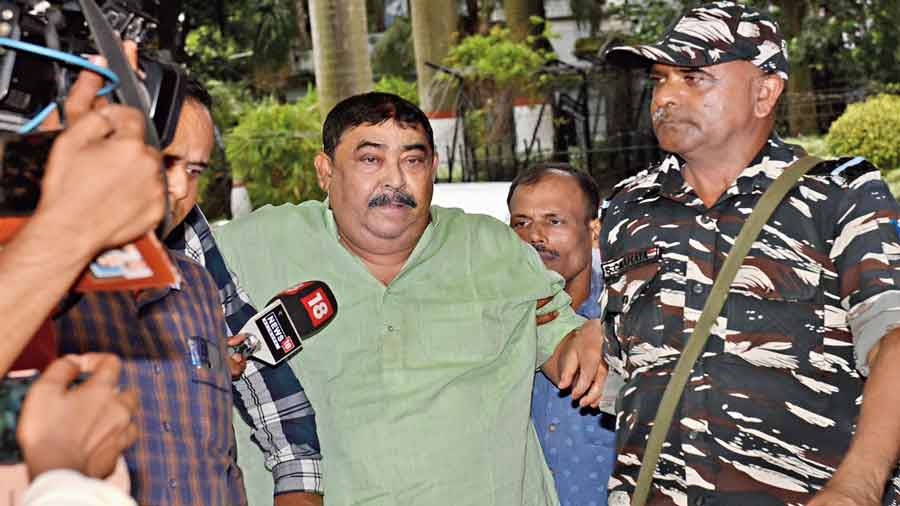 The Mamata Banerjee government has posted a police officer in the rank of DIG in Birbhum apparently in a bid to pay special attention to the district at a time there are fears in the ruling party that a political crisis may brew in Birbhum after the arrest of Trinamul strongman Anubrata Mondal in the alleged cattle smuggling case.

This is the first time an officer of the rank of a DIG has been posted in a district.

DIG (civil defence) Shyam Singh, who served as a superintendent of police in Birbhum for over two years in two phases, has been posted in Suri based on an order on September 1.

“It is the first time any DIG has been posted in the district. It is important because of the timing of posting. The district is facing a political vacuum these days after the arrest of Mondal,” said a senior government official.

The ruling Trinamul has several factions and the leaders do not see eye to eye and often work at cross purposes. ”Mondal had the ability to keep all of them together.… In his absence, there is a void. The BJP is also trying to cover ground in the district. The political situation is fluid and needs extra surveillance,” said a source.

Sources said that the posting is also significant as the officer is likely to pay special attention on proposed coal mine Deocha-Pachami in the district where the Opposition is “trying to unite people against the project”.

The DIG (civil defence) is a dedicated post in Bengal police but the place of posting of the officer was in Calcutta. In the recent order the government specified that Singh would be headquartered in Suri. So far Birbhum used to be under the administrative control of the DIG (Burdwan).

“The posting is special and was made according to the wish of none other than chief minister Mamata Banerjee,” said a source.

Singh, a source said, would have to take special care to ensure that the work at the proposed coal mine in Deocha-Pachami doesn't suffer. The exploratory drilling for the first phase of the coal mine is over and it is waiting for the final report from the geologists before a detailed survey. If all goes well, mining work could start from December next year.

“Anubrata (Mondal) was known as the strongman for the party in the district and kept monitoring the Deocha-Pachami project to keep the anti-mine force away. Meanwhile, we have noticed that people who were against the mine have started organising themselves for further movements. Opposition parties (BJP and CPM)  are trying to milk the opportunity in Anubrata’s absence,” said a Trinamul leader.

Sources said Mamata is likely to visit the district for three days starting September 11 when she may roll out a guideline on how Birbhum police will work under leadership of a DIG.

Sources in the administration said that the state government had earlier planned to send Singh as the DIG (Burdwan) soon after the Bogtui massacre in March.

“At that time, the administration had realised that the civil and the police administration were not working in tandem. So, a senior police officer was planned to be sent,” said a bureaucrat.

With the arrest of Mondal, the situation turned critical, said sources.

“In the absence of Mondal, the top brass of the government is apprehensive of deterioration of law and order. This is why Singh was sent to Birbhum," said another official.