Didi's way of saying thank you: a Rajya Sabha seat

Who will replace Arpita Ghosh in upper House, Yashwant, Abhijit or Kunal? 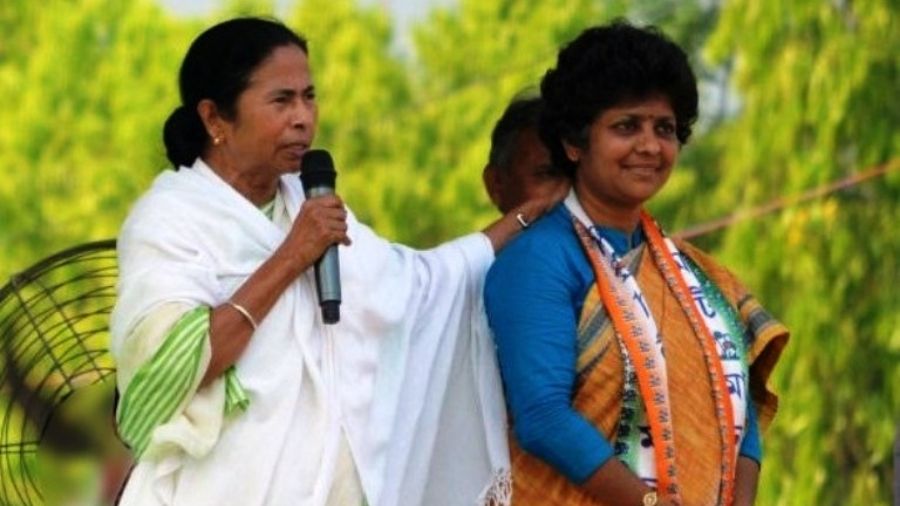 For the Trinamul Congress, a Rajya Sabha seat has largely been used as a gesture of thanks or compensation as and when it suited party chief Mamata Banerjee. This has often led to beneficiaries having to serve truncated terms.

Late on Wednesday, Arpita Ghosh, who had become close to Mamata during the Singur-Nandigram movement, submitted her resignation to the Rajya Sabha chairman. In a separate letter  to  Trinamul all-India general secretary Abhishek Banerjee, Ghosh has expressed her desire to work for the “party and the people of Bengal without being an MP.”

The immediate reason behind her decision to quit midway is not clear. Trinamul sources said she was probably instructed by the party’s top leadership to make room in the Rajya Sabha. Even Trinamul leaders close to Mamata are unsure who would replace Ghosh.

Consider the case of former Bengal chief secretary  Manish Gupta, who defeated Buddhadeb Bhattacharjee in Jadavpore in the momentous 2011 Assembly polls, when the Left Front was defeated after 34 years. After Gupta lost to the CPM’s Sujan Chakraborty in 2016, the following year Mamata had him sent to the upper House to replace actor Mithun Chakraborty. After Gupta’s term ended last year, he was replaced by Mamata loyalist Subrata Bakshi.

“Didi’s preference for Rajya Sabha seats depends mostly on who is in her good books  at that moment and also if she feels someone from the party was not being properly compensated,” said a senior Trinamul leader. “One cannot be certain of completing the term though," he added.

Like Ghosh, Trivedi and Noor, Dr Shantanu Sen was also made a Rajya Sabha MP two years after he lost from the Kandi Assembly seat in 2016.

After Mukul Roy left the party to join BJP and resigned from Rajya Sabha, Mamata sent one of her favourites in the party Dola Sen. Sen, a former Naxal leader, who has been with Trinamul since the Singur-Nandigram days, had lost to former junior Union minister Babul Supriyo in 2014.

When veteran Congressman Manas Bhuniya defected to the Trinamul, he was sent to the Rajya Sabha. This time in the Assembly election, Bhuniya contested and won from his ancestral seat of Sabang and became a cabinet minister in the Mamata government.

Last month, the Bengal chief minister got another retired IAS officer, Jawhar Sircar, to replace him. Another new entrant to the Trinamul, Sushmita Dev, former chief of the Congress’ women’s wing, is next in line to move to the Rajya Sabha replacing Bhuniya. Trinamul has already announced her name.

“As long as the policy of alluring with leaders with key posts remains in the party such things will keep happening,” said a heavyweight Trinamul leader.

Among the names doing the rounds to replace Ghosh are former Union finance minister and BJP turncoat Yashwant Sinha, former Congress MP and late President Pranab Mukherjee’s son Abhijeet and Kunal Ghosh, once arrested for his alleged involvement in the Saradha scam, who has clawed back in favour.

“Didi could well spring another surprise by bringing someone unknown,” said a Trinamul leader.