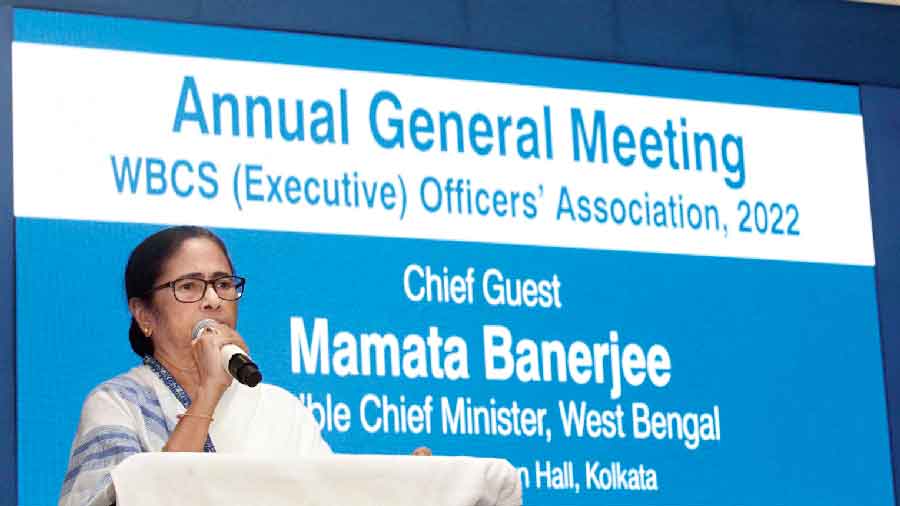 The Trinamul Congress has unveiled a campaign to portray party’s chief Mamata Banerjee as the next Prime Minister of India ahead of the Lok Sabha polls, reports hindustantimes.com.

The campaign as a website is called ‘India Wants Mamata Di’ and was launched by Rajya Sabha MP Derek O’Brien, TMC MP on Saturday.

The website says: “India Wants Mamata Di (IWM) is a community, believing in the ideology of CM of West Bengal, Mamata Banerjee and All India Trinamool Congress, the party that she leads”.

“We wish every Indian enjoys the good governance, that has been established by Chief Minister Mamata Banerjee through her pro-people policies with the aim of holistic development, by making her the first ever Bengali Prime Minister of the Union of India in 2024, when she completes four decades in electoral politics,” it adds.

The BJP took a swipe at TMC ruling it out as a net practice. “This is not the first time that they (TMC) are doing such campaigns. They had made similar campaigns in 2014 and 2019. Slogans were also raised to uproot the BJP. Sometimes it was said that Mamata will be the Prime Minister and sometimes it was said that she will be the driving force. Again such claims are being made to raise the political heat. The TMC always does net practice and never gets down to the field to play,” Samik Bhattacharya, BJP spokesperson was quoted by hindustantimes.com.