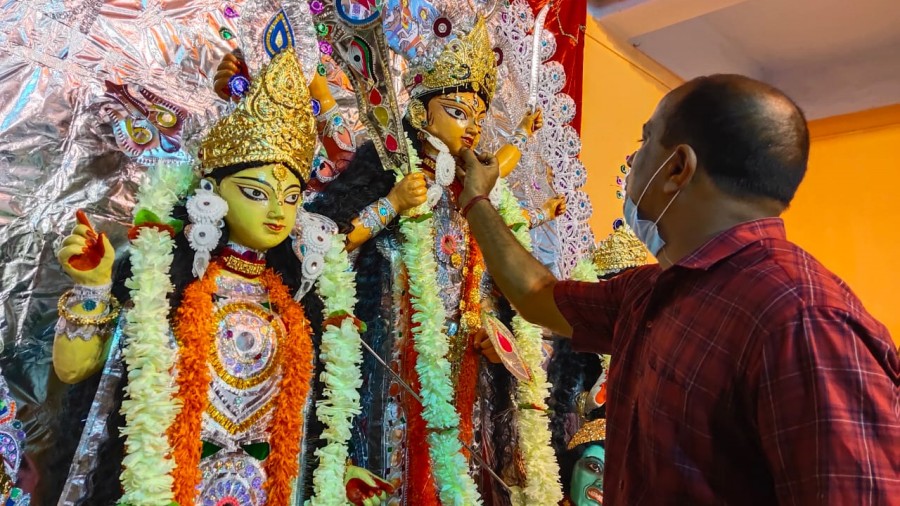 The hills and plains will come together to showcase the rich heritage of the region to celebrate the special status accorded to Calcutta Durga Puja by Unesco.

The Darjeeling district administration along with Siliguri Municipal Corporation (SMC) has decided to organise a procession followed by a gala cultural event a Baghajatin Park in Siliguri on September 1 to mark the Unesco recognition.Durga Puja in Calcutta was inscribed on the Representative List of Intangible Cultural Heritage of Humanity during the 16th session of Unesco held in Paris, France from December 13 to 18, 2021.

The Unesco committee had commended the inclusive nature of Durga Puja celebrations and related initiatives involving marginalised groups and women in their participation.The committee’s observation is finding resonance in the Siliguri event as it will jointly showcase the culture of the hills, the plains and marginalised communities.

“The (September 1) event will be unique as artists from the hills and plains will exhibit the rich cultural heritage of our district,” said Gautam Deb, the mayor of the Siliguri Municipal Corporation (SMC).The hills will be represented by the cultural troupe of the Gorkhaland Territorial Administration (GTA).The district administration and the various cultural clubs will represent the plains.

An appeal has also been sent out to puja organisers from the region to ensure maximum number of participants in the processions.According to the district administration, the procession will begin from Deshbhandupara in Silguri.

“We will assemble the participants at Dadabhai Sporting Club and Terai Tarapada Adarsha Vidyalaya school grounds as they are adjacent to each other to ensure there is enough space to hold all participants,” said a source.

The rally will go through NTS More, Desh Bandhu Chittaranjan Das Flyover and Kutchery Road to reach Bagha Jatin Park, where the cultural event will start from 2pm. The information and cultural affairs department is also looking at taking out a couple of tableaux during the procession.Siliguri will mark another first this Durga Puja.

“For the first time in Siliguri, we will hold a Puja Carnival on October 7,” informed Deb.The Puja Carnival is expected to be held on lines of the event held in Calcutta every year where top puja pandal themes are displayed.