Thousands of residents are facing inconveniences , especially when they apply for new connections, seek change of name and acquire new properties 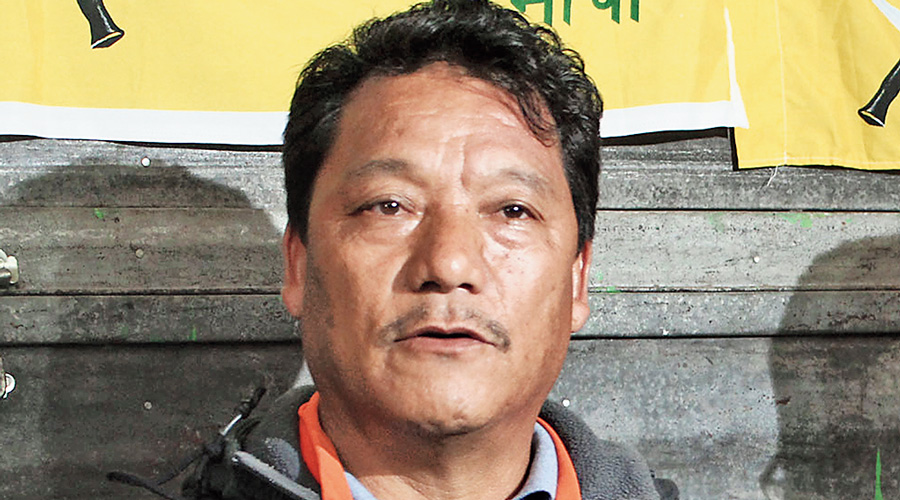 A network of NGOs in Kalimpong has decided to lead the efforts in resolving the issue of outstanding electricity bills after the Gorkha Janmukti Morcha, which had issued the no-payment diktat, and other hill parties failed to resolve the problem even after 10 years.

Kalimpong NGO Network, a conglomeration of 32 NGOs in the district, has decided to take the matter to the Lok Adalat.

“We have decided to approach the Lok Adalat and are requesting individuals to fill up a form and submit it to us by Monday,” said Narendra Tamang, vice-president of the network.

Thousands of hill residents are facing inconveniences because of their electricity bill dues, especially when they apply for new connections, seek change of name and acquire new properties.

The Bimal Gurung-led Morcha, which had started the Gorkhaland agitation in October 2007, had asked hill people to stop paying electricity bills from April 1, 2008, as part of their “non-cooperation movement”. The movement went on till the party signed a memorandum of agreement to set up the Gorkhaland Territorial Administration in July 2011.

Even though the dues of domestic consumers are pegged at around Rs 55 crore, the total outstanding bills more than doubled because of the late payment surcharge (LPSC).

In January, a customer from Kalimpong who had gone to clear his dues was handed a bill slip twice the outstanding amount by the West Bengal State Electricity Development Corporation Limited (WBSEDCL).

“The outstanding amount shown on my bill was Rs 31,974 but the officials told me I had to pay Rs 87,128 after including the LPSC,” the customer said.

The sources said even though the electricity corporation was not forcing people to clear their dues, people were facing problems when they tried to transfer electricity connections after the sale of properties or even when a property mutation was done in the name of the children following the death of a parent.

Recently, the Morcha had told the Bengal government that the hill people were willing to clear the bills but sought a waiver on the LPSC.

The state government hasn’t, however, arrived at a decision yet.

The Kalimpong NGO Network has appealed to the residents of Darjeeling district to conduct a similar exercise. “It will be convenient for people of Darjeeling to approach the Lok Adalat in Darjeeling itself,” said Tamang.

Darjeeling municipality Ritesh Portel has appealed to hill residents to WhatsApp him problems related to the ongoing water distribution project at 9382041947.

“I will have a meeting with the Darjeeling district magistrate on March 22 and I want to be aware of all problems citizens are facing before I sit for the meeting,” said Portel.