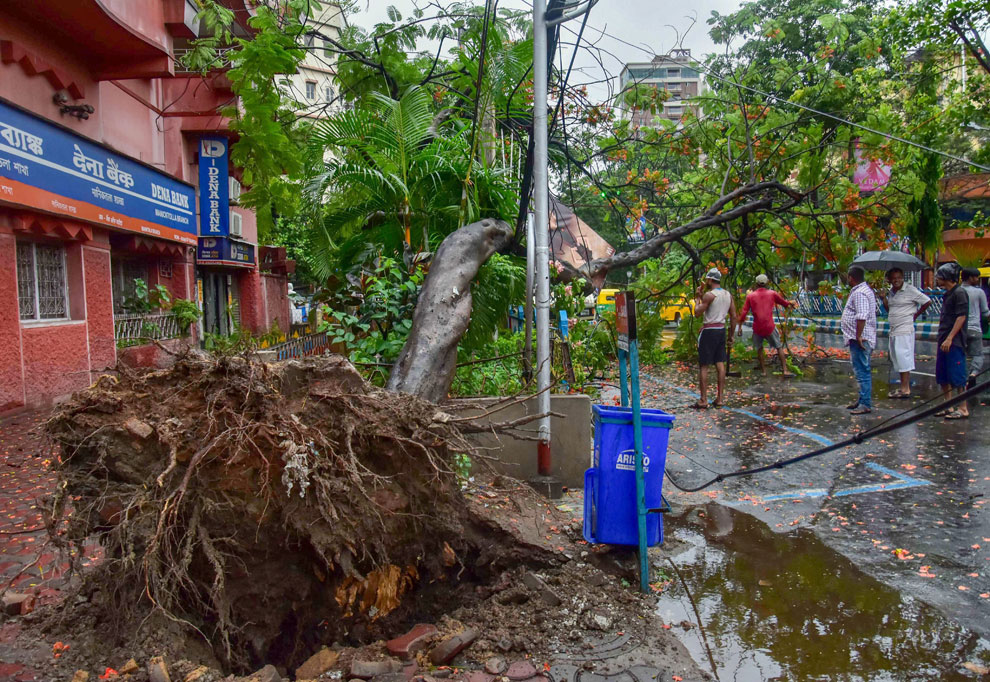 From 37.5 degrees Celsius on April 27, the mercury dipped to 29.1 on May 4 as Fani blew past the city and rose again to 37.9 on Monday. The variation is set to increase as the forecast is for the temperature to rise a little every day and reach 39 by Friday.

“The upper respiratory tract has a protective layer. Minute cracks develop in this layer because of rapid expansion and contraction of the airways when temperatures fluctuate. That makes people more susceptible to viral attacks,” a micro-biologist said.

A 40-year-old man from Kasba had been feeling feverish and suffering from sore throat, cough and headache since Wednesday. He waited for a day, but went to a doctor as the symptoms, especially cough, intensified.

“I was put on a course of paracetamol and antibiotics, and was advised rest for two to three days. The cough was nagging and I was feeling very uncomfortable for three days,” he said.

A two-year-old girl from Teghoria had just recovered from a bout of cough and cold when she again started coughing towards the end of April, when the heat and humidity were steadily rising.

The parents took her to a doctor, who said the child had been suffering from a viral infection and prescribed nasal sprays to clear obstructions in the airways.

Doctors are advising people to be on guard against viral attacks by avoiding sudden change in temperatures.

“One should not enter or leave air-conditioned rooms frequently. People should drink plenty of water, avoid cold aerated beverages and wear dresses of light colours made of cotton,” a doctor said.

Those recovering from fever should avoid warm conditions because sweating can prolong fever. 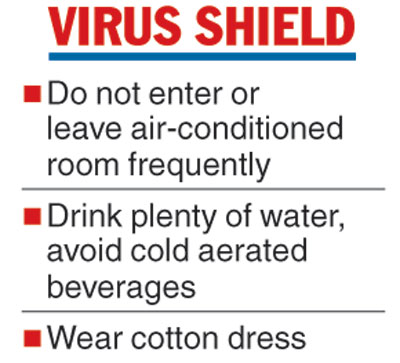 Temperature fluctuations triggered by Cyclone Fani and soaring humidity have unleashed a viral attack, with many Calcuttans coming down with fever, sore throat and severe cough.

Doctors at hospitals and clinics across the city said the majority of people queuing up for consultation were suffering from viral infections in the upper respiratory tract.

The symptoms — fever, sore throat, runny nose, headache and body ache — were persisting for around four days, and in some cases even longer.

“We have been treating patients suffering from viral infections since the last week of April. The count rose by 30 per cent in the beginning of May,” said Arunabha Sengupta, the head of the ENT department at SSKM Hospital.

Apurba Ghosh, director, Institute of Child Health, said the number of children brought to their hospital for fever was unusually high on Sunday and Monday. The maximum temperature rose by 6.6 degrees in Calcutta between Saturday and Sunday.

According to doctors, the hot and humid conditions the city was experiencing since the last weekend of April were ideal for the proliferation of microorganisms such as viruses and bacteria. The fluctuation in temperatures, which started around that time, tends to weaken the body’s defences and make Calcuttans susceptible to viral attacks.