Bengal-bound special train from HP cancelled due to cyclone Amphan

A total of 1,400 residents have expressed their desire to return to their state 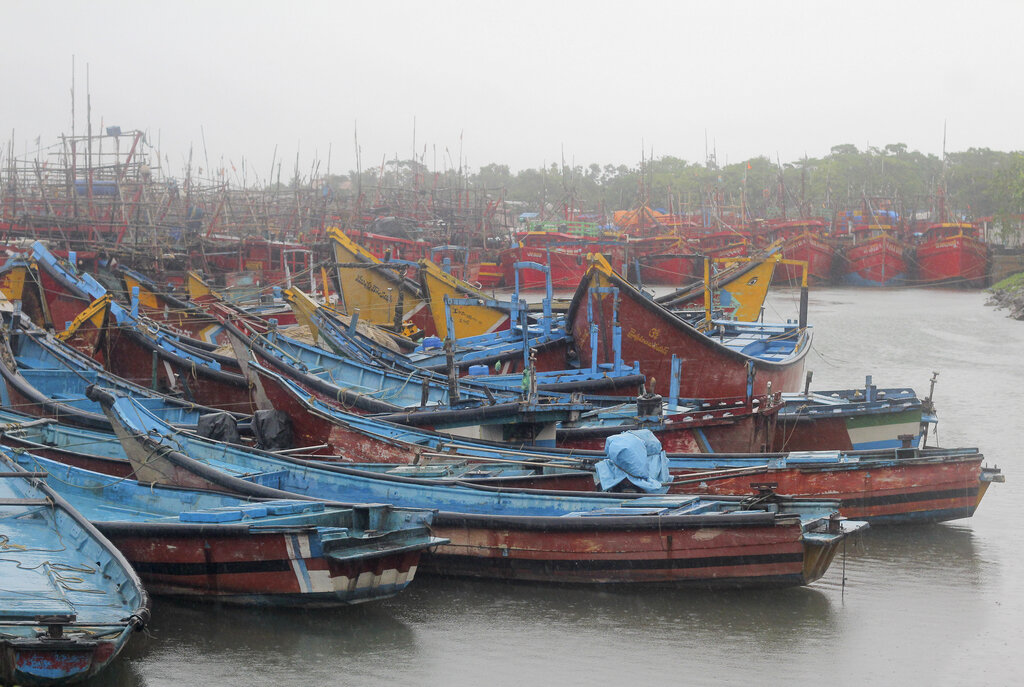 Boats are anchored at a fishing harbor at Paradeep, on the Bay of Bengal coast in Orissa, Tuesday, May 19, 2020. Cyclone Amphan was moving toward India and Bangladesh on Tuesday as authorities tried to evacuate millions of people while maintaining social distancing.
AP
PTI   |   Shimla   |   Published 20.05.20, 10:17 AM

A West Bengal-bound special train scheduled to depart from Himachal Pradesh on Wednesday was cancelled due to the forecast of cyclonic storm Amphan making landfall there, a senior official said.

Amphan is likely to make landfall somewhere between Digha in West Bengal and Hatiya islands in Bangladesh close to the Sunderbans, a Unesco World Heritage Site, between afternoon and evening of Wednesday, the India Meteorological Department (IMD) said.

The train was supposed to ferry over 1,000 people of West Bengal stranded in HP due to the coronavirus-induced lockdown.

Una deputy commissioner Sandeep Kumar said the special train scheduled to depart on May 20 from the Amb railway station for Howrah in West Bengal was cancelled due to the forecast of the cyclone.

A total of 1,400 West Bengal residents, including 15 from Una district, have expressed their desire to return to their state in the train by registering themselves online, he added.

A new date will be announced soon, Kumar added.