Spike in infections a challenge to rural health care 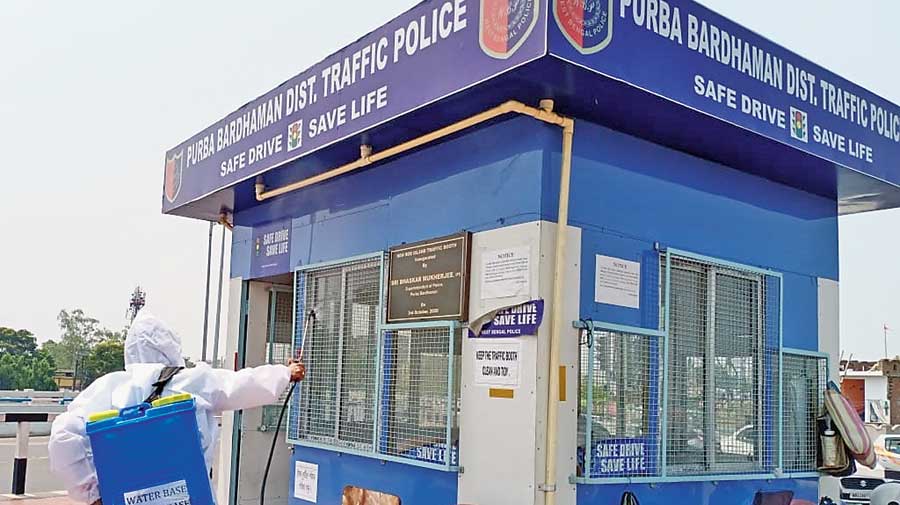 The biggest challenge facing the Mamata Banerjee government during the second wave of Covid-19 is the steady spike in infection across rural Bengal where medical facilities are inadequate to treat critical patients.

Senior government officials said unlike the first wave in 2020 when infections had been concentrated mainly in urban and semi-urban areas in Calcutta, North 24-Parganas, South 24-Parganas, Howrah and Hooghly, Covid cases reached remote rural belts of Purulia, Murshidabad, Birbhum and East Burdwan in the second wave.

“The main challenge is the exponential surge in Covid cases in rural areas. The struggle is tougher as the healthcare system in rural areas is inadequate to treat thousands of critical patients,” said a senior official in the health department.

The data provided by the health department show the degree of difficulty in the battle against the pandemic this year.

Like Malda, the picture is almost same in districts like Murshidabad, Birbhum and East Burdwan (see chart).

Against this backdrop, the state government has already taken steps to open special Covid wards at every subdivisional and district hospital and set up safe homes in different south districts, besides expanding the infrastructure for oxygen and medicine supply.

In Burdwan, several government buildings have been taken over by the administration to open safe homes and Covid care units.

In Birbhum, a 200-bed Covid hospital has been opened in Suri, in addition to the existing facility that has 100 beds.

“The government has opened 488 Covid hospitals with around 33,000 beds across the state, but the arrangement is not sufficient at a time around 20,000 cases are reported daily,” said an official in Nabanna.

Officials in several districts echoed the Nabanna source and said lack of adherence to the restrictions — like shortened market hours, maintenance of Covid protocol — was compounding the problems.

“It is not Calcutta where we can control the partial lockdown. We can’t monitor thousands of villages in the district as we don’t have the infrastructure. We are getting information that a large number of people at villages is even hiding their symptoms primarily to avoid hazards of testing,” said an official in Birbhum.

with the disease. Apart from the technicians, nurses, doctors and other persons involved in Covid treatment are also infected in the second wave.

“We have 150 nurses in Bolpur and around 20 of them became Covid positive in the past two weeks. If the trend continues, it would be hard for us to provide treatment,” said a senior official at the Bolpur subdivisional hospital.

Officials said as the active cases had increased, the number of deaths also went up in the rural areas. The districts are now in search of new crematorium or burial grounds in rural areas to ensure last rites of people dying of Covid.

Several senior officials and doctors blamed the infection in rural areas on the eight-phase Assembly elections during which the desperation of the political parties to organise large rallies threw the Covid protocols out of the window.

“The eight phases of election played a major role in spreading the virus mainly in rural Bengal. The data coming from several Bengal districts prove how the election rallies and processions had affected the areas. It is a real challenge,” said Abhijit Chowdhury, the convenor of the global advisory committee and a member of the expert committee on Covid-19 in Bengal.

According to the statistics provided by the health department, Bengal had only 216 active cases on February 26, the day when the Election Commission announced the eight-leg polls. On May 11, the number of active cases was 1, 27, 673 across the state.

“The Centre and the Election Commission are responsible for this situation... Besides, the Centre has not planned a proper roadmap for vaccination. People of Bengal should realise how the BJP-led Centre has landed us into trouble like this,” said Trinamul leader Anubrata Mondal.