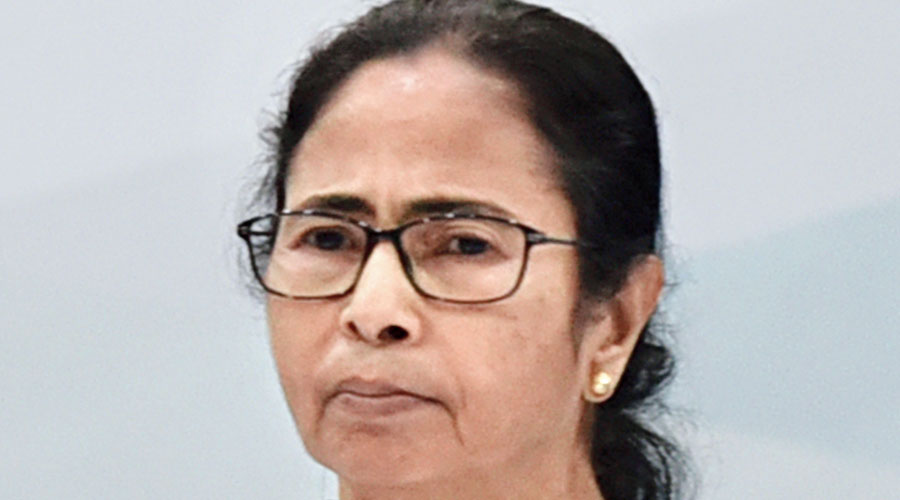 Mamata Banerjee yet again urged people on Tuesday against letting the Covid-19 pandemic worsen during Durga Puja, hours before Bengal reported the highest 24-hour spike in new cases at 3,631.

The total number of novel coronavirus cases in the state has gone past 3 lakh.

“Enjoy Durga Puja, all of you. But I would again request each and every one of you, please keep a mask on, at all times. A lot of people will come from everywhere. Protect yourselves. Sanitise yourselves…. Maintain physical distancing, always,” said the chief minister at Nabanna, the state secretariat.

“The protocols must be maintained, even when going to the pandals so that Covid-19 does not spread further. If we are care ourselves, if we are watchful, a lot of it will be taken care of,” said Mamata, who has been saying Covid-19 reached the dreaded community transmission stage in India, which the Narendra Modi government at the Centre has been in denial of.

Also called Stage III, community transmission is a phase of person-to-person spread of the infection, where the source is difficult to trace.

“The pandemic is getting us to worry…. The spread has increased again, everywhere, right now,” said the chief minister.

The state government reported 4,860 deaths (84.6 per cent) as those with comorbidity “present”.

Bengal’s overall mortality rate is 1.9, substantially behind the national rate of 1.52 per cent.

The renewed surge in cases has caused the positive confirmation rate to rise again, over the past week or so, to 8 per cent now.

The state reported 37.43 per cent occupancy on 12,715 beds earmarked for Covid-19 at 92 dedicated hospitals, besides 3.27 lakh telemedicine consultations for the pandemic.