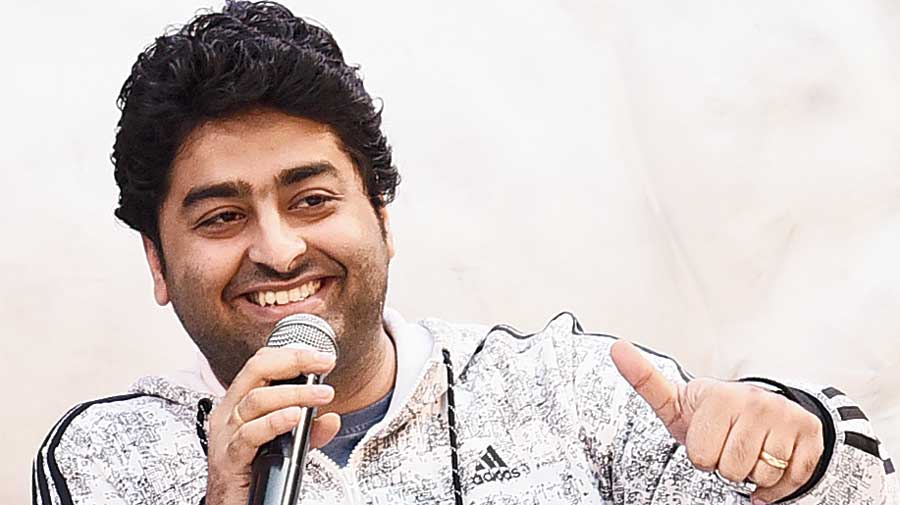 Famed singer Arijit Singh, who lost his mother to Covid-related complications, has decided to help other patients in his home district Murshidabad.

The donation came three days after the famed singer lost his mother Aditi at a Calcutta hospital on May 19. She was 52.

Shipped from Mumbai at a cost of nearly Rs 2 lakh each, the machines were handed over to the chief medical officer (health) Prasanta Biswas by NGO officials.

“Arijit has had a close brush with this crisis and he had realised early on that these machines were needed. They were ordered a while ago. We have placed orders for five more and will hand them over to the CMOH as soon we receive them,” said Suman Das, president of the NGO Dhriti.

“We have requested the CMOH that one machine be sent to the Jiaganj Covid Hospital,” Das added, referring to the hospital located in Arijit’s birthplace near Behrampore.

Arijit’s mother had been admitted to the Behrampore Covid Hospital before being shifted to Calcutta after suffering a cerebral stroke.

“We have 15 such machines in our hospital already and are grateful for the addition of another four (as one of the five machines would be sent to Arijit’s birthplace Jiaganj),” said CMOH Biswas.

“These machines are extremely advanced and can supply up to 60 litres of oxygen per minute to patients,” said Aurangzeb, a doctor at the Behrampore hospital.

The facility was made operational from Friday.

NBMCH sources said in the first wave, adults were the most infected but in the second wave, young adults and some children were also getting infected. Recently, three infants succumbed to Covid.

Sandip Sen Gupta, the dean of students affairs at the NBMCH, said that 12 beds have been arranged for children who test positive for Covid-19. Another set of 12 beds have also been kept for children suffering from suspected Covid-19 symptoms.

“There will be four ventilators in the paediatric Covid care ward, two dedicated for Covid positive children and the rest for children suffering from severe acute respiratory infection (SARI),” said Sandip.

The health official said that depending on the situation beds in the paediatric Covid care ward could be increased.

This is the second such facility in north Bengal after Cooch Behar.

Officials said that the decision to set up a centre for children is also a preparedness for the third wave. Many experts are apprehensive that the infection may rise among children if the third wave strikes.