Covid-19 caution: how to receive Communion in hand 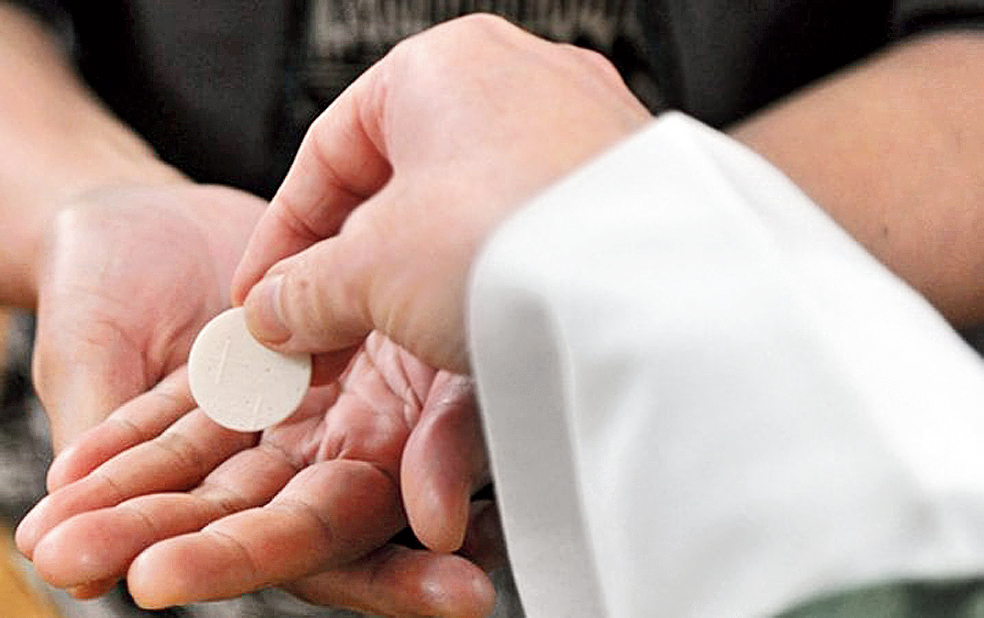 A still from the video in which Father Dominic Gomes demonstrates how the Holy Communion is to be received in the hand.
(Picture sourced by The Telegraph)
Jhinuk Mazumdar   |   Calcutta   |   Published 19.03.20, 08:20 PM 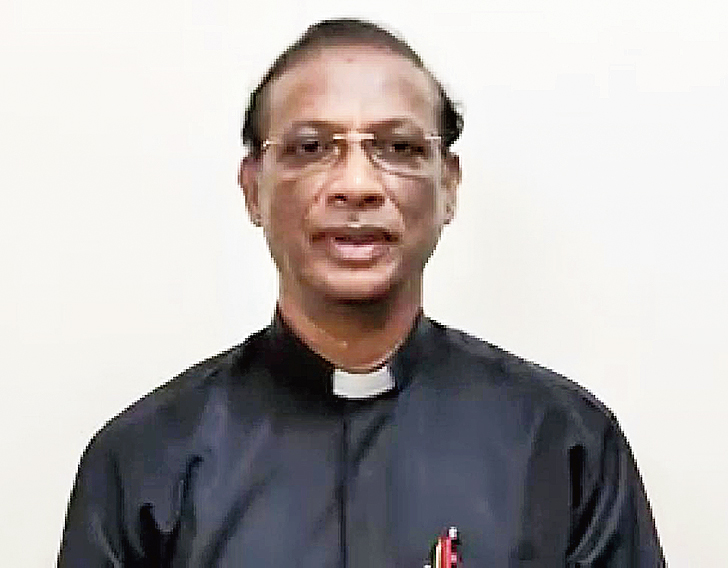 The archdiocese of Calcutta has requested parish priests and priests-in-charge of the Roman Catholic churches to communicate to the visitors guidelines on receiving the Holy Communion in the hand, instead of on the tongue.

A video showing how the Holy Communion is to be received in the hand is being circulated as a guideline to parish priests, rector and priests in charge, who have been asked to play it at churches and circulate it through church social media accounts.

“The coronavirus pandemic has led to the stimulation of receiving Holy Communion only in the hand and not on the tongue, which was the most common practice. This receiving in the hand is no less reverential and has been done since ancient times,” said Father Dominic Gomes, the vicar- general of archdiocese of Calcutta in the video.

Father Gomes said there is etiquette involved in receiving the Communion, which is shown through some images.

“This is a directive from Archbishop Thomas D’ Souza. Under the present circumstances, this is the way the Holy Communion should be received and we want to communicate it to all that both are equally reverential,” Father Gomes told Metro.

The archbishop’s circular also said that people have been asked to receive the Holy Communion in hand during this period, instead of the tongue.

The message sent by the vicar-general on Thursday said that the attached video may be shared with all parishioners, through church social media accounts, for proper observance of Holy Communion.

“…some parishes are blessed with LED screens inside the Church — in these parishes, this video could be played five minutes before the scheduled start of Mass, to enable the maximum number of parishioners to view the same,” he says.

In another message, the vicar-general has requested parish priests to make provision for and encourage people to wash their hands before entering the church.

“Setting up temporary wash basins with soap (or, if preferred/available, sanitiser) will go a long way in stemming chance of cross-infection and give a confidence boost to many who feel (rightly) that pews and other chairs could be infected,” Father Gomes said.