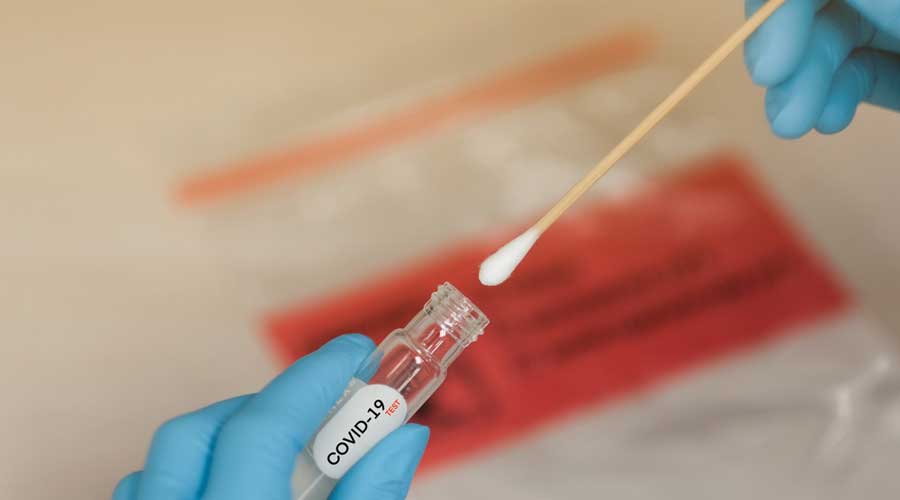 Covid patients did not know what to do as the dedicated number of the health department in East Burdwan hardly worked: leaders
Shutterstock
Snehamoy Chakraborty   |   Burdwan   |   Published 19.08.20, 12:21 AM

Left Front leaders in East Burdwan met the district magistrate on Tuesday and urged him to ramp up tests to arrest the spread of Covid-19 and aired their grievances regarding delayed arrival of reports which they said was critically delaying treatment of patients.

The leaders referred to two specific incidents where reports of Covid tests came nine days after swab samples had been taken.

“It took nine days to get Covid test reports of members of a family in Burdwan town even after two persons from the same family had died of Covid. Two doctors and nine health department employees received their Covid positive reports after nine days. It is clear in the health bulletin that there is a difference of two-four days between collection of samples and tests,” said Apurba Chatterjee, a CPM district secretariat member.

The leaders also told the district magistrate, Vijay Bharti, that the cremation of bodies was getting delayed by five to six days because of the late arrival of test reports.

During the hour-long meeting, they told Bharti that in most cases, Covid patients did not know what to do as the dedicated number of the health department in East Burdwan hardly worked.

Sources in the district administration said Bharti had acknowledged the issues Left leaders raised at the meeting and promised to address the grievances.