It is one of the youngest laboratories where 96,202 samples has been examined so far in rRT-PCR method 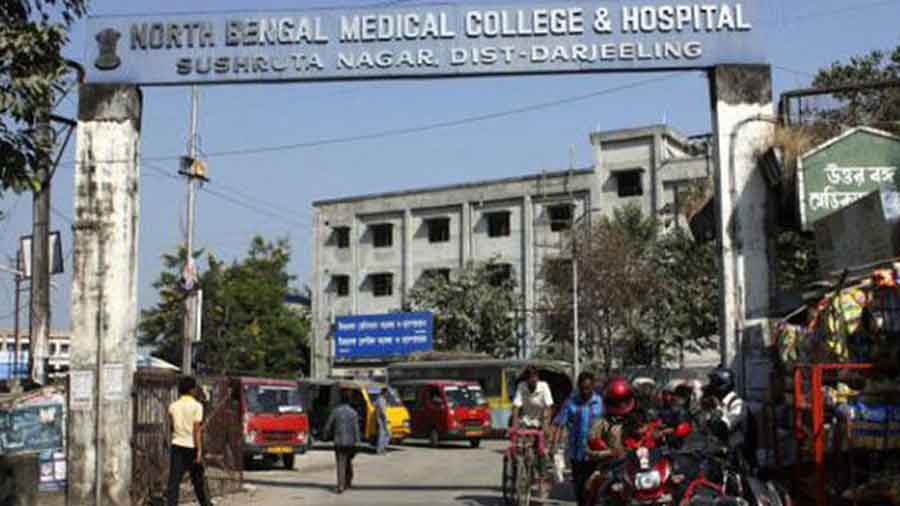 The Viral Research Diagnostic Laboratory (VRDL) of the North Bengal Medical College and Hospital (NBMCH) on Siliguri outskirts holds the top slot in Bengal for Covid-19 tests — with close to one lakh tests — and the third in India.

At four months, it is one of the youngest laboratories in Bengal. However, it is working steadily since March 29.

According to the state health department bulletin on Friday, 96,202 samples has been tested at the lab so far in rRT-PCR (real-time reverse transcription polymerase chain reaction) method.

Arunava Sarkar, the principal investigator of the lab at the NBMCH, said: “Unlike many other labs of the state, ours is just over four months old. With the help of our team, we have reached the first position in the state and third in the country,” Sarkar said.

As of now, he said, there are enough of doctors, technologists, molecular microbiology scientists, data entry operators and other staff at the lab who work in three shifts a day, testing swab samples of suspected Covid-19 patients.

“The chief medical officer of health, district magistrate of Darjeeling and state tourism minister Gautam Deb have put in a lot of effort to develop the infrastructure of the lab. We made additions to manpower, got new machines and extra financial allocations which largely contributed to our position in the state and in the country,” added Sarkar.

Every day, around 1,200 samples are tested at the lab. “Officially, we are yet to cross the one lakh mark as it takes time to update the data. But otherwise, we have conducted over one lakh tests at the lab,” said a doctor posted in the VRDL.

Sources in the NBMCH said that according to the World Health Organisation (WHO) guidelines, if five per cent of the total samples tested in a lab are found Covid positive, it confirms that the lab is working in its best capacity and testing enough samples.

“Our data shows that out of the samples tested here so far, 5.08 per cent have been tested positive. This reconfirms that we could meet the expectations of the state and Centre,” the doctor said.

This apart, the Malda Medical College & Hospital lab has also tested close to 52,000 samples. “That’s almost half the number of samples tested at the NBMCH,” said a virologist at the NBMCH.