The state has already added 3,400 beds in the CMDA area and has asked medical colleges to reserve 25 per cent beds for infected patients 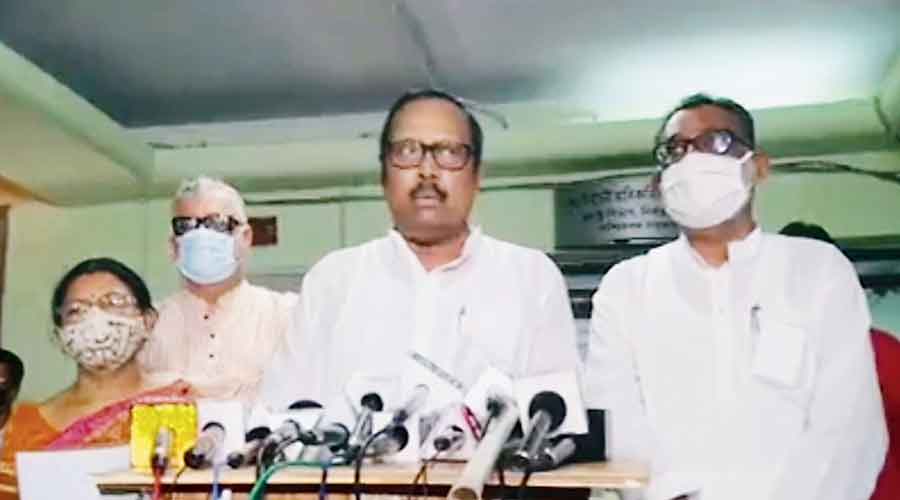 The Bengal government is laying stress on adding more beds to Covid-19 care facilities in Calcutta and its surroundings as the health department apprehends a sharp rise in infections in the next couple of weeks.

“It has been decided that a total of 8,000 beds will be added to the Covid hospitals across the state. Majority of them would be added in the Calcutta Metropolitan Development Authority area. The steps are being initiated after it is apprehended that the number of cases could rise sharply in Calcutta and its surroundings in the next few weeks,” said a senior official.

The state government has already added 3,400 beds to the Covid care facilities in the CMDA area and some more beds would be set up by the end of this week.

Besides, all medical colleges in the state have been asked to reserve 25 per cent of beds for Covid patients.

“For example, the RG Kar Medical College and Hospital has about 1,100 beds but currently, it has only 60 beds for Covid patients. The medical college has been asked to increase Covid beds to at least 250. This rule is applicable to all medical colleges and district hospitals,” said a senior health department official.

Sources in the administration said the stress had been laid to increase beds in Calcutta after it was found that the districts where elections are over, positive cases had gone up significantly within a span of 8-10 days after the day of the voting.

Similarly, polls were completed in South 24-Parganas on April 10 and the district had reported 291 cases on the date. But the number of positive cases reached 522 on Monday, which is also a significant rise in the number of daily cases.

“Elections will be held in Calcutta on April 26 and April 29, so it is being apprehended that the daily positive cases in the city could be up to 8,000 a day by the end of the first week of May,” said a source.

The situation, sources said, could be less critical if political parties decide against holding large gatherings.

Besides, the state administration is laying stress on implementing the Covid-19 protocols strictly in the city.

“But no strict measures like curfew have not been planned right at this moment,” said an official.

The Trinamul Congress on Tuesday appealed yet again to the Election Commission of India to club the remaining three phases of the Bengal Assembly election — with 114 seats between them — in view of the alarming Covid-19 situation. The last two phases include seats in the core of the city and its immediate neighbourhood.

A delegation led by Trinamul’s leader in the Rajya Sabha Derek O’Brien met Bengal chief electoral officer Aariz Aftab, placing the formal request for Nirvachan Sadan’s consideration. “We are at a point where the nation, including Bengal, is faced with a gargantuan task of using all its resources to fight the ongoing pandemic. We have also the colossal task of completing the remaining three phases of the polls over the next 10 days,” said O’Brien.