Note relief for traders in Jaigaon 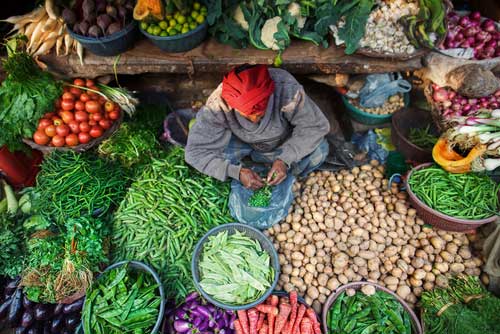 Each trader was screened, sanitised and made to stand in a queue maintaining social distance. Then, the traders handed over the Bhutanese currency they had with them, along with details of their accounts in Indian banks where the money would be transferred.
(Shutterstock)
Our Correspondent   |   Alipurduar   |   Published 30.03.20, 10:45 PM

Over 25 traders dealing in grocery and medicines in Jaigaon were relieved on Monday as they could deposit bundles of Ngultrum — the official currency of Bhutan — in a Bhutanese bank .

Ever since the lockdown has started and movement has stopped on the India-Bhutan border, the traders of Jaigaon were worried as they were left with Bhutanese currency and couldn’t exchange them with Indian Rupee.

The Telegraph had reported the plight of the traders. On Monday, a temporary counter was opened along the border, where bank officials from Bhutan turned up to take deposits. Each trader was screened, sanitised and made to stand in a queue maintaining social distance. Then, the traders handed over the Bhutanese currency they had with them, along with details of their accounts in Indian banks where the money would be transferred.

“We are grateful to the Bhutanese authorities for their help. It has come as a relief because if we couldn’t place fresh orders with our suppliers and make payments because we didn’t have Indian Rupee. Had it remained like this, there would have been shortage in stocks in Jaigaon,” said R.S. Gupta, secretary, Jaigaon Merchants’ Association.

While Rupee can be used anywhere in Bhutan, transactions cannot be made in Ngultrum in India. The traders used to enter Bhutan every week and deposit Ngultrum notes in banks from where they would either take drafts or get the money transferred to their accounts in India.

“However, because of the lockdown, they were sitting with piles of Bhutanese notes and had no option to exchange them,” Phurba Lama, the pradhan of Jaigaon-II panchayat.

On March 28, the traders had approached officials of the Jaigaon Development Authority (JDA) and had sought intervention so that their problem can be resolved. This made the administration to take up the issue with banks and government officials in Bhutan.

On Monday, a list of 29 traders was prepared by the panchayat and all of them reached the gate at the border in the afternoon.

P.D. Bhutia, the assistant executive officer of JDA, was equally relieved after the problem was solved.

“We had taken up the issue with the Bhutanese authorities in Phuentsholing. It is good that the traders could deposit the cash. We believe the amount would be transferred in their banks by Monday evening,” he said.