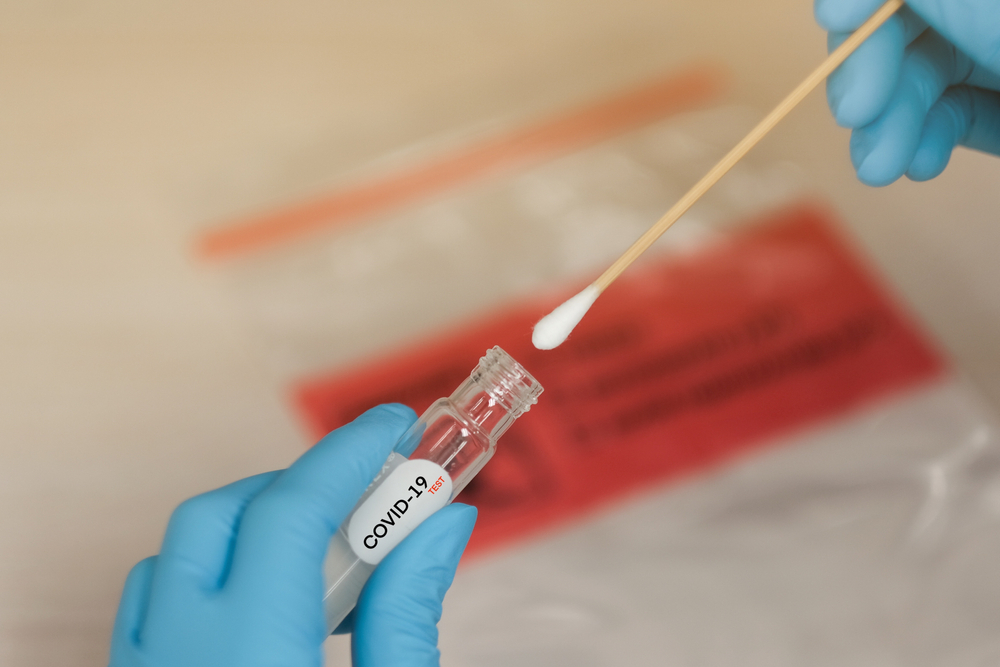 The worker's swab sample was collected and on Wednesday, the result showed him positive for the novel coronavirus
(Shutterstock)
TT Bureau   |   Gangtok   |   Published 14.05.20, 12:23 AM

North Dinajpur district health department said a migrant worker who had returned from Gujarat tested positive for Covid-19 and another labourer was suspected to be infected with the pathogen.

The detection has increased the number of positive cases to four in the district that was a green zone last week.

Sources said the patient was a resident of Itahar block and had been working in Ahmedabad. After the lockdown was announced, he somehow reached Bihar where he was kept at a quarantine centre. On May 7, he was handed over to the North Dinajpur district administration and was taken to a quarantine centre.

His swab sample was collected and on Wednesday, the result showed him positive for the novel coronavirus. The administration has made arrangements to shift the worker to the designated Covid hospital in the district.

It has been learnt that another migrant worker is suspected to have contracted the coronavirus. The resident of Raiganj block was in Mumbai and reached Bihar last week. On May 8, he returned to his village and was in home quarantine.

The rise in the number of Covid-19 cases in North Dinajpur and Malda districts — almost all the patients are migrant workers —put the administration on alert.

On Thursday a special train carrying 1,400-odd migrant workers from Bangalore will arrive at the New Jalpaiguri station. This is the first train that would reach the region with so many workers during the lockdown.

Around 380 passengers are from different north Bengal districts, while others are from south Bengal.

“Arrangements have been made for their screening. Officials of different departments will be present at NJP and will guide them to buses designated for respective districts. They would be taken to quarantine centres and their swab samples would tested,” said Abhishek Kumar Tiwary, the district magistrate of Jalpaiguri.

The Sikkim government has arranged for a train for 180-odd people of the state who are stuck in Tamil Nadu.

Among them are students, patients and professionals. The train had left Chennai on Tuesday and will reach NJP on Thursday. “We came to know about the availability of seats on a special train requisitioned by Mizoram to take back its stranded people from Tamil Nadu. We approached the Mizoram and Tamil Nadu governments to bring back our people stuck there,” said Rinzing Bhutia, Sikkim’s nodal officer for Covid-19 rescue.

“With the cooperation of both the governments, we are bringing 180 people of our state from Tamil Nadu.”

Once they reach the state, all of them will have to undergo compulsory 14-day quarantine either at their homes or at government facilities, he said, adding that efforts were also being made to bring back other people of Sikkim who are stranded in different parts of the country.

“In total, around 6,922 people who are stranded outside have registered (for return) on our portal so far. Till Tuesday, we had been able to get back 1,122 people, mostly from Darjeeling, Kalimpong, Siliguri and few Northeast states,” he added.

The state has also engaged buses of the Sikkim Nationalised Transport to ferry people from NJP and Siliguri to Sikkim.

“We already have around 30 buses operating between Siliguri and Rangpo/Melli,” said Raju Basnet, secretary of the Sikkim transport department.