'Point of sale machines have been installed at all 21,000-odd ration shops in the state' 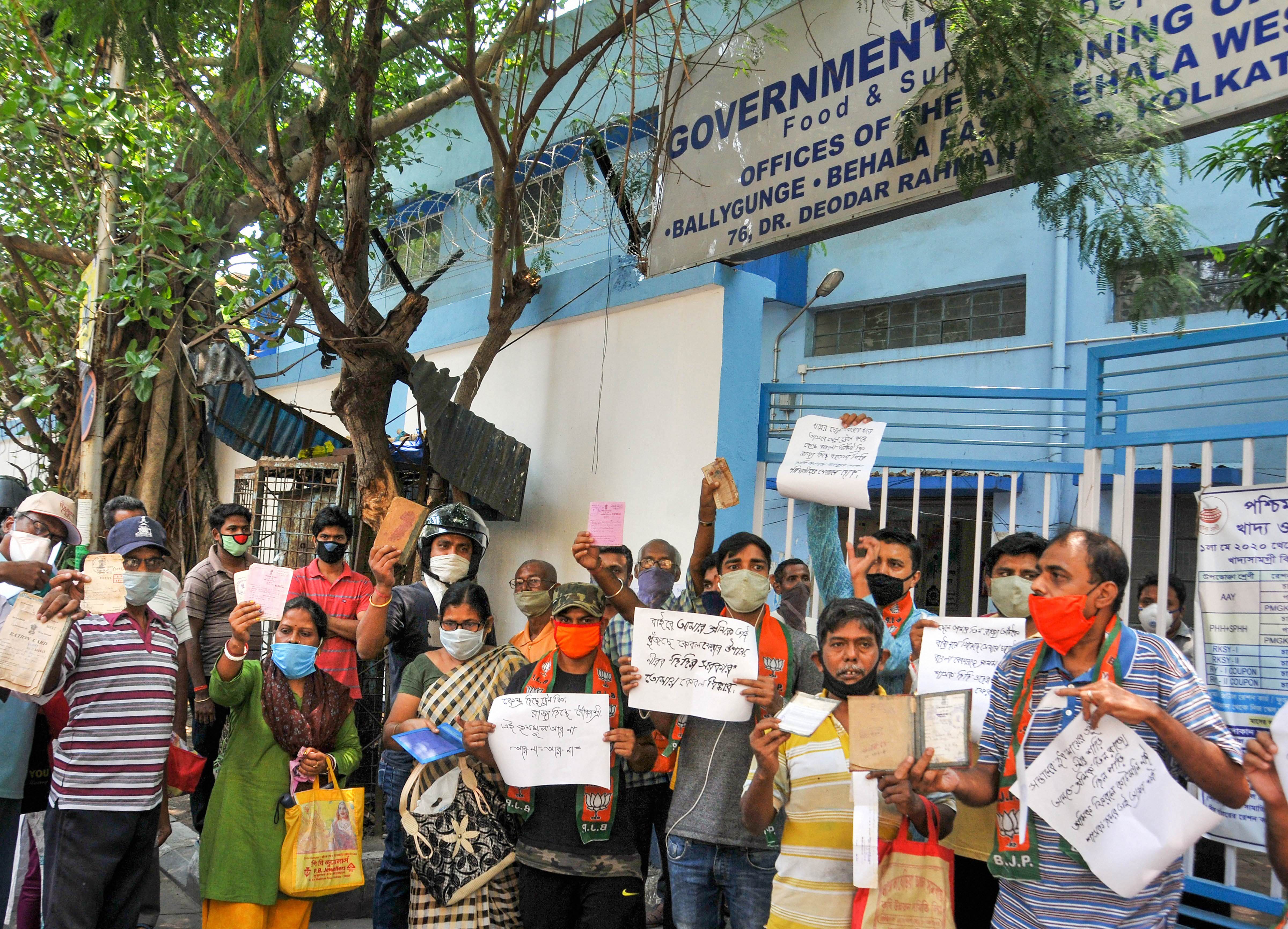 BJP workers stage a protest against the alleged improper distribution of ration among people at state government ration office during the ongoing nationwide COVID-19 lockdown in Calcutta on Monday, May 11, 2020.
(PTI)
Pranesh Sarkar   |   Calcutta   |   Published 12.05.20, 01:29 AM

The Mamata Banerjee government has laid stress on use of “point of sale” machines at all ration shops to ensure that beneficiaries are not deprived of the foodgrain allotted to them after allegations poured in from across the state that people were short-changed by dealers.

“Point of sale machines have been installed at all 21,000-odd ration shops in the state. The food and supplies department has been asked to ensure that the machines are used so that the distribution process could be monitored from the headquarters in Calcutta,” said a senior Nabanna official.

Sources said an initiative was taken to install point of sale machines at ration shops more than a year ago as a part of the state government’s effort to check irregularities in the public distribution system.

The POS machines were loaded with bio-matric data of each digital ration card holder, which had replaced the paper-based ration cards over the past four years.

“The digital cards needed to be swiped at the POS machines mentioning the quantity of foodgrain provided to the card holder. If the card-holder agreed that he received the foodgrain, he would match his or her biomatric data. The record can be monitored directly from Khadya Bhavan,” said an official.

The sources have also said each digital ration card is enabled with a chip that contains all details of the beneficiary, including the allotment he or she is entitled to.

“If we find a mismatch, stern action would be taken against the particular ration dealer,” said an official.

The sources said the government was forced to find out ways to check irregularities in the PDS after complaints were coming up from districts like Murshidabad, Malda and North 24-Parganas.

“The chief minister has announced that all beneficiaries — about 9.95 crore — will get free foodgrains till September in the backdrop of Covid-19 and reduced opportunities to earn livelihood because of the lockdown. The initiative can’t be diluted because of some errant ration dealers,” said an official.

Officially, the state government was denying that there was any major problem with the distribution system of the PDS.

“We honestly think that there can be sporadic and scattered incidents, but it is not a fact that many people are facing trouble in a large area,” said Alapan Bandopadhyay, the home secretary, on May 9 at Nabanna.

He had also mentioned that 73 percent of the beneficiaries had withdrawn their allotment for the month of May within the first week. Moreover, 68 per cent of the foodgrains, supposed to be distributed throughout the month, was withdrawn within this period.

The sources said the figures might project a rosy picture, but it couldn’t be ruled out that discontent had been growing in rural areas as almost all people depended on the PDS during the lockdown after employment opportunities shrunk.

A section of the officials said use of POS might help the state in minimising complaints against ration dealers to some extent, but it would be restricted to the digital card holders only.

“There are hundreds of people who don’t have digital cards and they were issued coupons by the food and supplies. The trick of using POS machines would not work for those having such coupons. So, the system could not be termed as fool proof and the state’s monitoring at the ground is still required,” said an official.