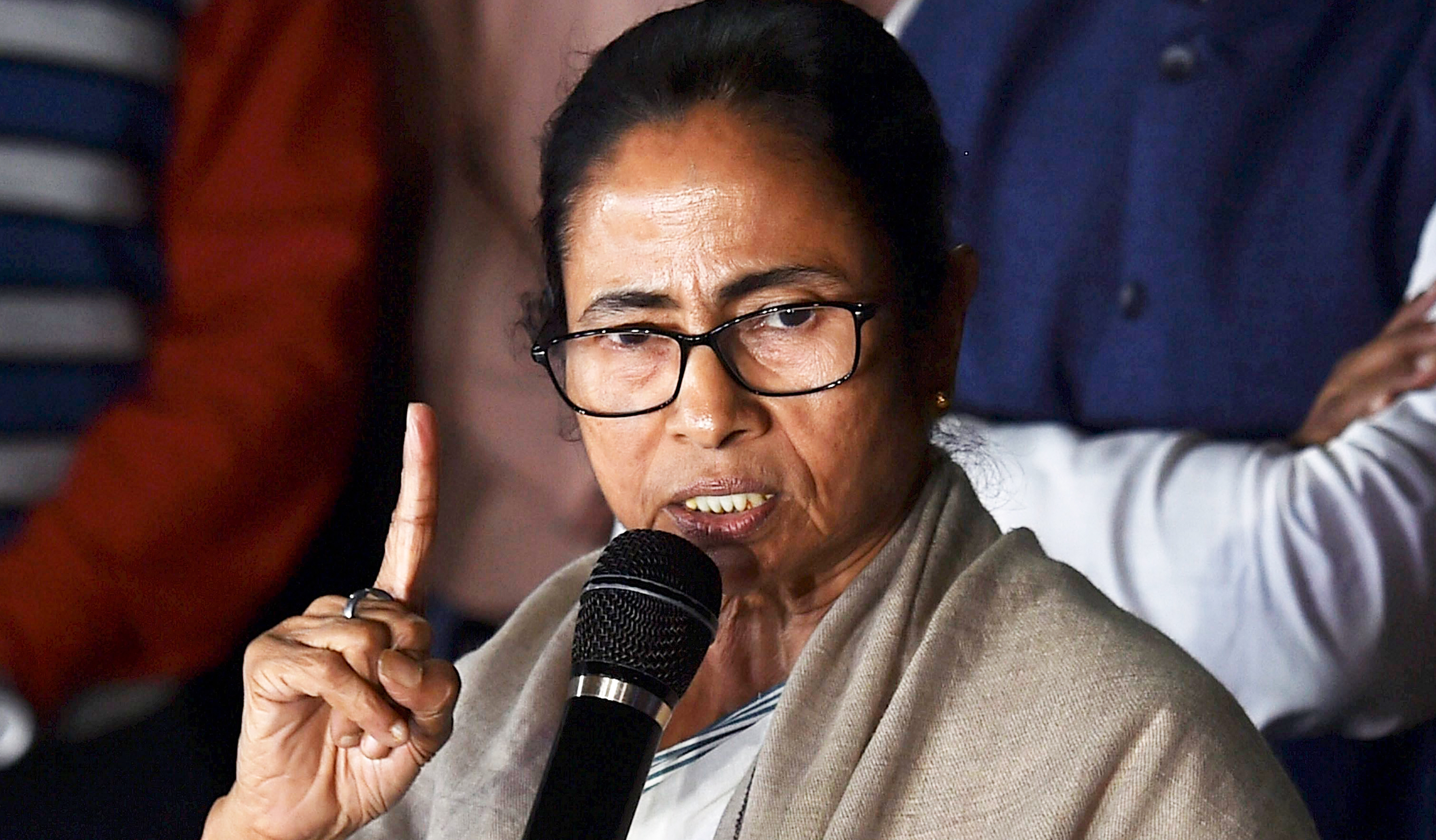 West Bengal Chief Minister Mamata Banerjee has been insisting on not getting carried away by fake news over novel coronavirus
Telegraph file picture
PTI   |   Calcutta   |   Published 18.03.20, 06:57 AM

Special teams have been set up at the Kolkata Police headquarters and the police stations within its jurisdiction in this connection, he said.

'Strict action will be taken against those spreading fake news. We will not take such things lightly... this is an emergent situation and spreading of false and unverified news can lead to panic among the people,' the IPS officer said.

The cyber cell of the Kolkata Police is keeping a 24x7 vigil on the Internet to curb any attempt to spread dissemination of fake information over COVID-19, he added.

The city police has also launched a special drive to reach out to people by raising their awareness on COVID-19, asking them to keep away from spreading rumours, and not to believe anything circulated on social media platforms without checking its veracity, he said.

'As part of this special drive, our officers will make people understand how false news and misinformation can harm law and order and create confusion. They will ask the citizens to desist from forwarding unverified information or images.

... All police stations have been directed to act in this regard,' the police officer said.

According to him, advertisements bearing such instructions will also be put up at crucial points of the city.

Incidentally, West Bengal Chief Minister Mamata Banerjee has been insisting on not getting carried away by fake news over novel coronavirus.

'Dont create panic or spread rumours or fake news regarding novel coronavirus. Also dont pay heed to such news items.. our government is always trying to control such attempts... People should cooperate with the administration,' Banerjee had recently said after a review meeting in the wake of the coronavirus scare.