Covid death toll up by four in Bengal

With the four deaths, the toll directly from Covid-19 has reached 72 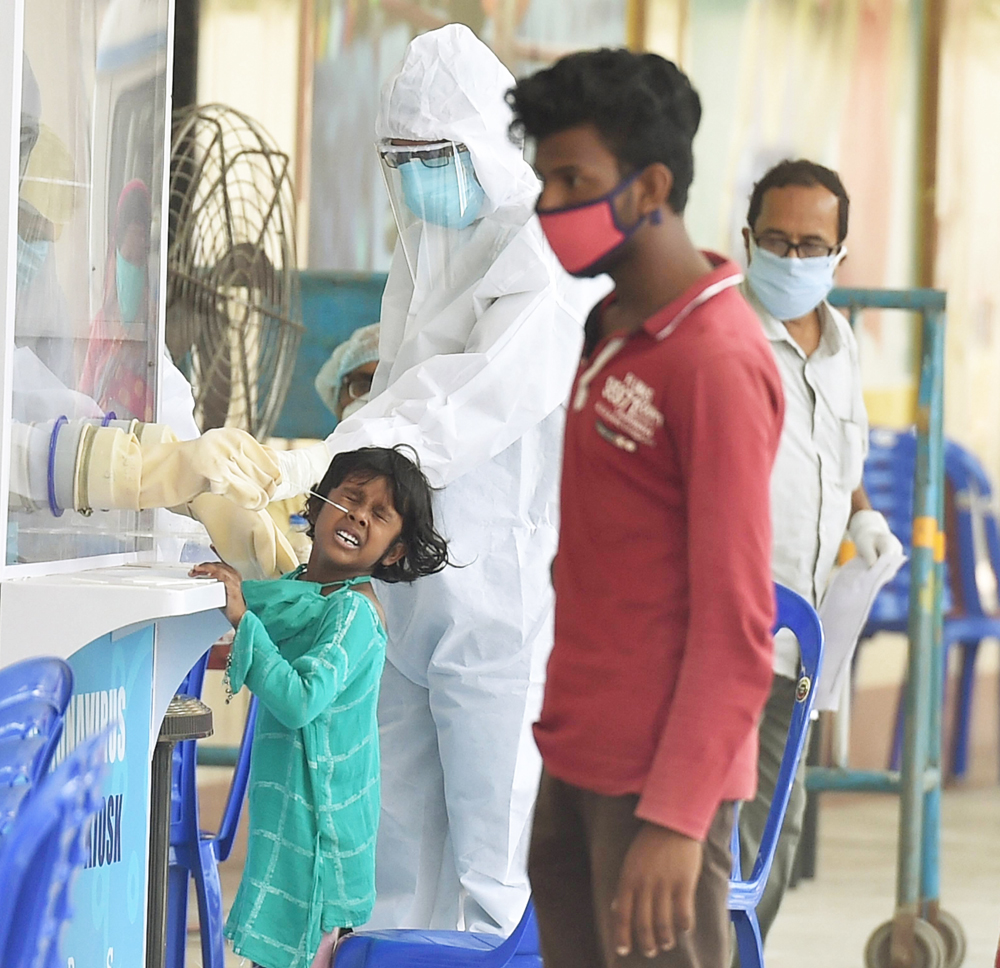 The active number of Covid-19 patients in Bengal rose to 1,047 on Wednesday with 112 new cases, one recovery and four deaths directly from the pathogen being reported in the past 24 hours.

With the four deaths, the toll directly from Covid-19 has reached 72. Of them, 42 deaths were in Calcutta, 14 in Howrah and 11 in North 24-Parganas. There were the deaths of 72 other Covid-19 patients because of comorbidities.

In an indication that the state government wanted to move on from the controversy over the distinction over comorbidities in Covid-19 deaths, home secretary Alapan Bandyopadhyay sidestepped questions regarding other states now listing co-morbid deaths in their bulletins.

“I, frankly, will not like to engage on this question any further. All deaths are unfortunate. And the specific, nuanced, academic fights over such phrasings could be avoided, those could be left behind. The more important task at hand will be to join all stakeholders in a grim medical and economic fight to restore normalcy,” Bandyopadhyay told journalists on Wednesday.

Sensing a political opportunity, the Trinamul Congress went to town asking why BJP-ruled states such as Gujarat were now open to listing comorbid deaths.

Bandyopadhyay’s response suggested that Nabanna wanted to close the chapter of comorbidities that caused the state considerable friction amid the pandemic war effort.

“Bringing back migrants, getting the hospitals ready for further grim happenings, getting our quarantine centres upgraded, getting our migrant labourers help, getting out with more and more food to the malnourished…. There are so many fronts, that certain degree of academic debate, if that is left behind, should best be left behind,” said the home secretary.