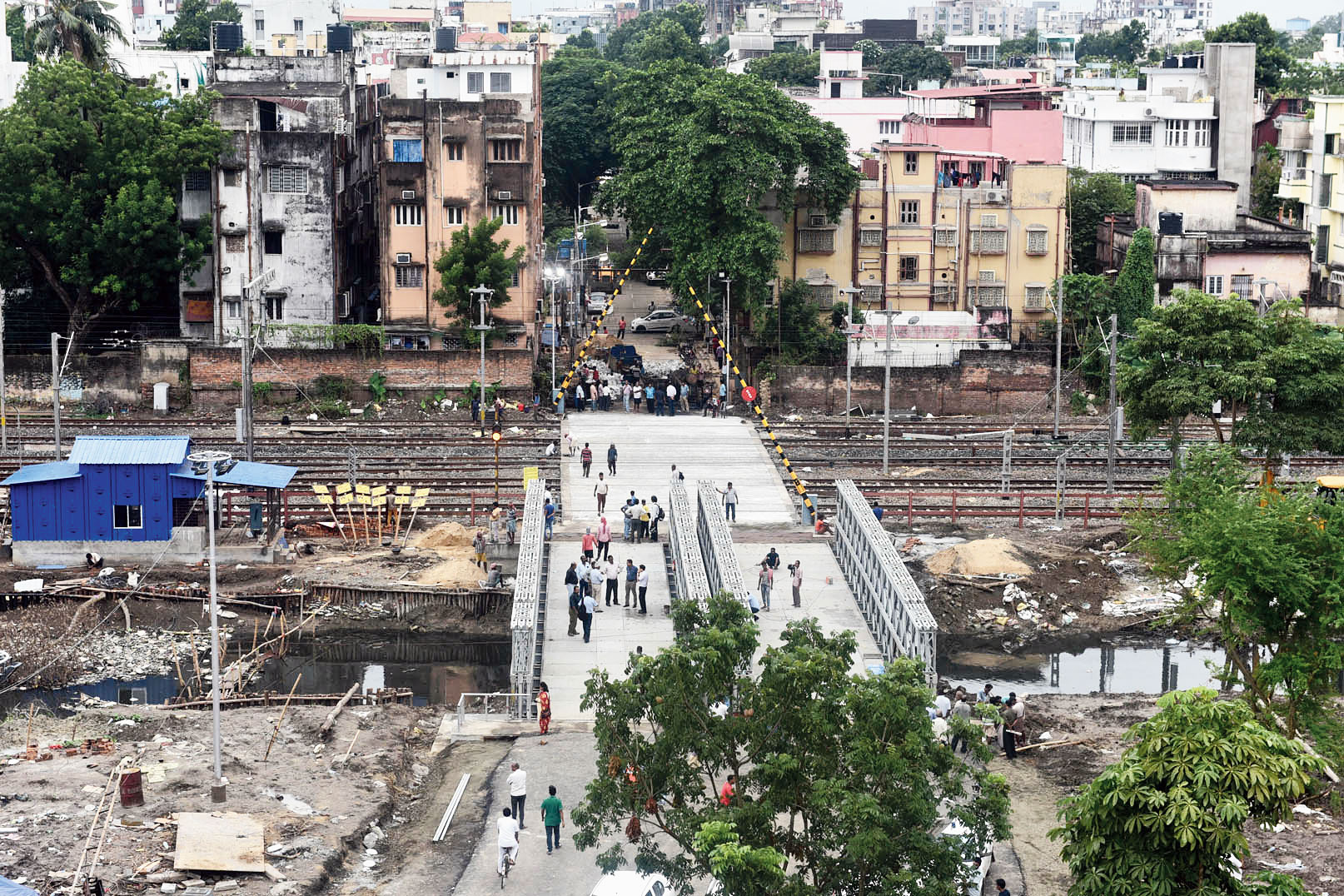 The road that is being built as an alternative to the collapsed Majerhat bridge.
Picture by Sanjoy Chattopadhyaya
Our Special Correspondent   |   Calcutta   |   Published 11.10.18, 09:04 PM

A police team visited the site where a road is being built as an alternative to the collapsed Majerhat bridge on Thursday evening to draw up a traffic plan that will be introduced once the thoroughfare is opened.

“The road is almost ready. Some work remains to be done, such as installation of the traffic signals and synchronising them with the ones around the area,” said a member of the police team that visited the site.

“We need an administrative clearance from the PWD stating that the road and the two Bailey bridges are fit for traffic movement.”

It has been primarily decided that the new road will be used by smaller vehicles headed for the city centre from areas such as Taratala and New Alipore.

The new road is 14m wide over the railway tracks but is around 6.7m wide on the New Alipore and 7m wide on the Alipore side, an officer said.

“We have increased the width of the road at the New Alipore-end by a metre and at the Alipore-end by almost two metres. On either side, pavements have been trimmed,” said a PWD engineer.

“Height bars have also been placed to ensure no big vehicles can ply.”

The crossings of the new road with NR Avenue and Humayun Kabir Sarani are sharp. “Vehicles will have to slow down to make a turn at the crossings and that might result in snarls,” an officer of Calcutta traffic police said.

The police have decided on speed restrictions for vehicles approaching the Bailey bridges.

Officials at Nabanna said the estimated cost of constructing the road and for the piling work on either bank of the Chetla canal — for holding the Bailey bridge — is Rs 3 crore. The two Bailey bridges will cost a little over Rs 2 crore.