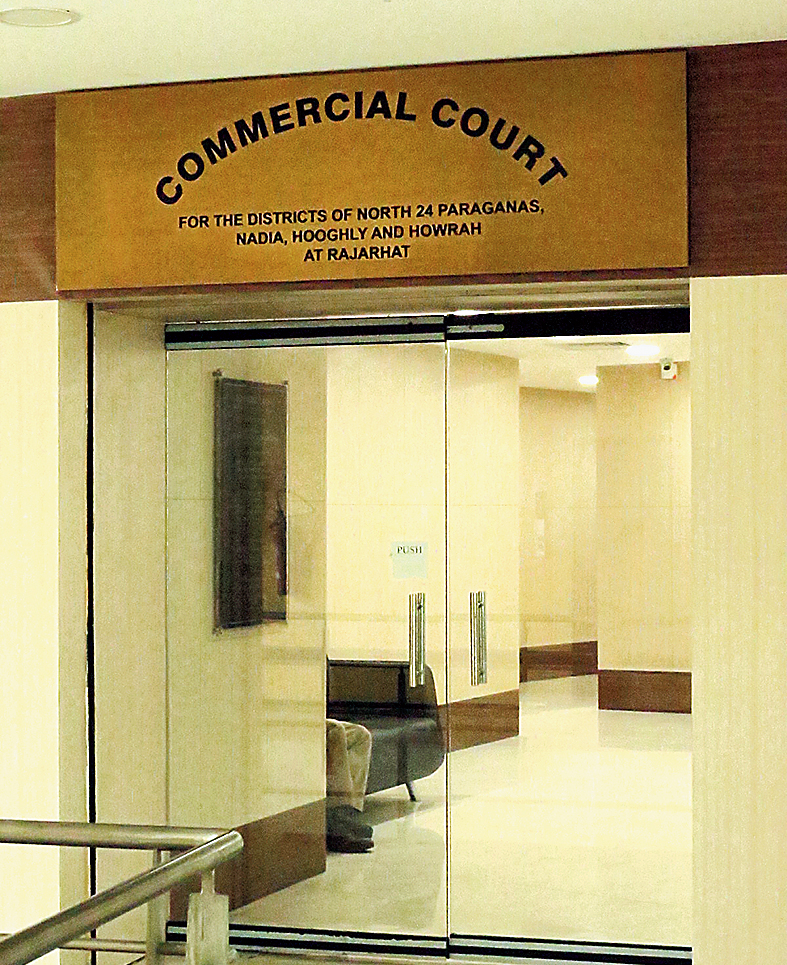 The site chosen is in New Town, on the third floor of Finance Centre, the building housing Mother’s Wax Museum, opposite Eco Park.

Three other commercial courts have been opened in Siliguri, Asansol and Alipur. The courts are under the commercial division of the high court.

The courts were inaugurated through video linkage by Chief Justice Thottathil B. Radhakrishnan on July 5.

According to sources, a judge has been posted at the New Town court which is hearing commercial suits worth more than Rs 75 lakh. Nearly 200 records of pending cases have been shifted here from Barasat for hearing.

“The setting up of the courts was a requirement for ease of doing business. These courts will deal with disputes that are purely civil in nature, such as contractual, payment-related, dealing with land acquisition, compensation etc. I met the new chief justice of the Calcutta High Court and made the request. He took a lot of initiative,” said IT secretary Debashis Sen who is the state-level co-ordinator for Ease of Doing Business Index, which has been created by the central government in partnership with the World Bank.

A five-acre plot is being allocated to the commercial court next to the space given to the high court near the Owl Crossing. A building is expected to come up there in the next three years. Till then, the court will function from the Finance Centre where state-of-the-art facilities are being made available, including video conferencing.