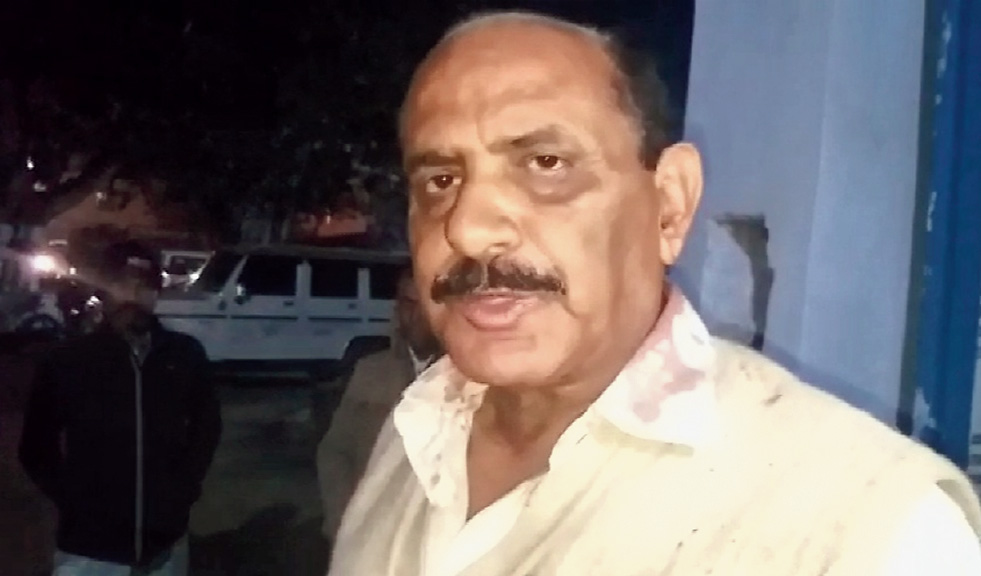 An additional general-manager of the Eastern Coalfields Ltd (ECL) was assaulted and his official vehicle ransacked by suspected coal racketeers on Monday night when he tried to resist pilferage from trucks in West Burdwan’s Pandaveswar.

A.K. Singh, the AGM in the Sonpurbazaar mining area, was hit with a stone in the head. Singh was on his way home after inspecting a coal yard around 9pm when he saw a large group of youths taking away coal from the trucks headed for the yard.

“I don’t have it in me to witness a wrongdoing and look away. I got off my car and asked them to stop. They surrounded and thrashed me and vandalised my car,” said the 56-year-old official posted in the area for a year.

The damage could have been worse had a team of ECL officials passing by the area not stopped and saved Singh. The attackers fled when the ECL team arrived.

Singh, bleeding profusely from the head, was rushed to a hospital of the utility. The official has lodged a complaint with police against “unknown miscreants”.

S.K. Srivastava, general manager of the ECL in the area, met Singh. “It is the handiwork of those engaged in coal theft, against which Singh has been very strict. We have requested the police to ensure security,” said Srivastava.

Four persons have been arrested in connection with the incident. “Raids are on for more arrests. We have beefed up patrolling in the area to prevent pilferage of coal,” said L.N. Meena, Asansol-Durgapur police commissioner who oversees the area.

A section of ECL officials expressed fears about safety. “Given the way Singh was attacked because he tried to stop them from stealing coal, we are worried about our security,” said an official.

Sources said pilferage was common in the coal belt of Asansol and Durgapur. The smuggling is at the root of many crimes, with virtually a parallel economy thriving in the region.

“The coal thieves enjoy the support of political heavyweights who use them for election management. This has been common here for years,” said a source.

An industry insider said at least 1.5 lakh people living in the region were directly or indirectly involved in illegal coal trade.

ECL officials said they lodge police complaints often but the problem had “increased”. “The attack reveals the brazenness of coal thieves,” said an ECL official.

Police commissioner Meena rejected allegations the complaints were not acted upon.