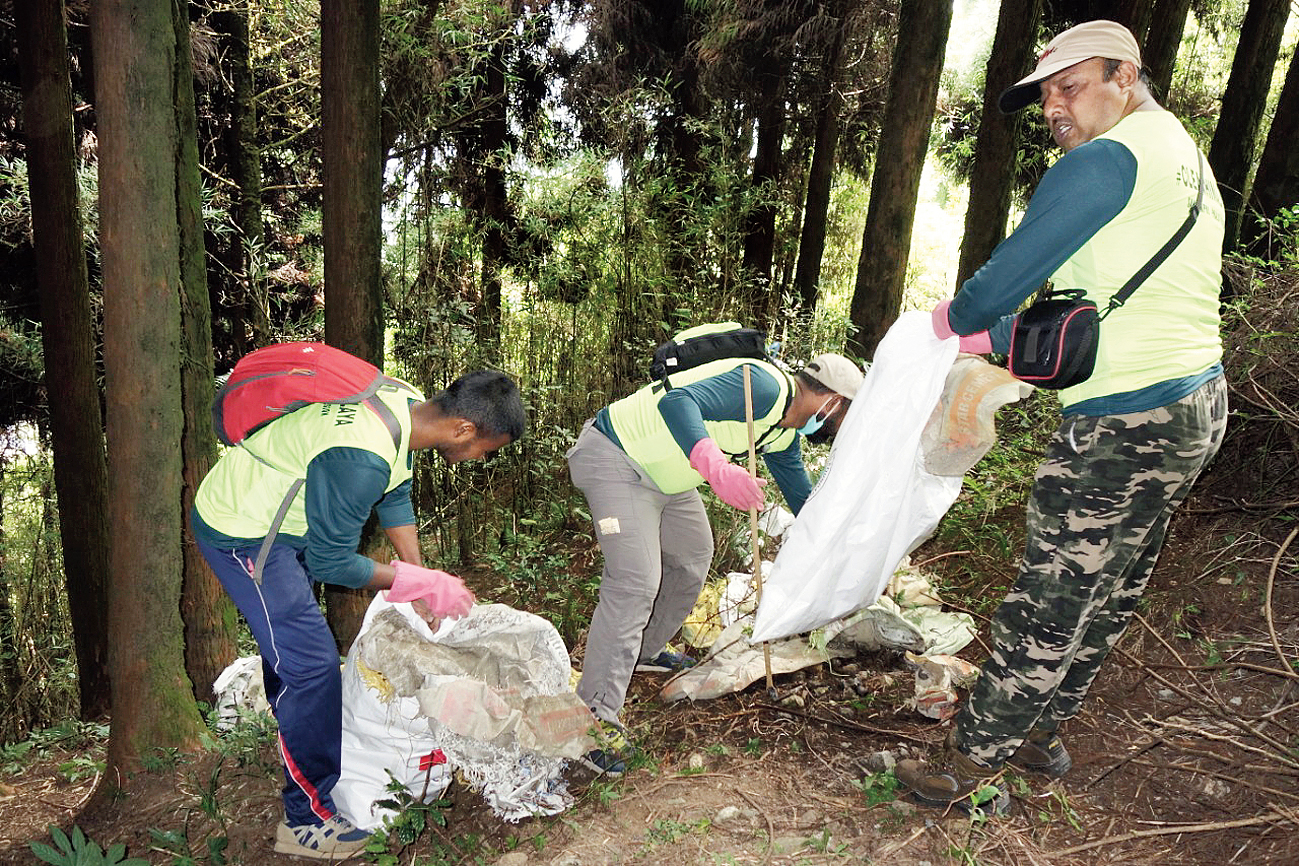 A team of climbers has collected over 3,000kg of garbage from Sandakphu, Bengal’s highest point at 11,929ft, and other areas in the Singalila National Park and its fringes over the past five days as part of “Clean Himalayas Campaign”.

Apart from Sandakphu, heaps of trash were removed from Phalut, Manebhanjan, Chitre, Meghma, Tonglu, Gairibus, Kalipokhri, Kaikata and Sabargaram. All the villages fall on the Sandakphu-Phalut trekking route, which is popular with local people and tourists alike.

The campaign was pursued by the Indian Mountaineering Foundation based in New Delhi.

“Our campaign began on November 6, and over the following five days, we managed to retrieve 3,225kg of waste from different places in the Sandakphu-Phalut region. We put the garbage into 248 gunny bags and transported them to Siliguri yesterday (Saturday) in four trucks from Manebhanjan,” said Debraj Dutta, the leader of the 16-member team which took part in the cleanliness drive.

The garbage included liquor bottles, plastic bottles and packets of assorted items. The refuse was handed over to conservancy department of the Siliguri Municipality Corporation for disposal in its rubbish dump.

Apart from cleaning up the area, the mountaineers interacted with the local people, including students, trekkers, drivers, homestay owners and tour operators, and urged them to dispose waste in a proper manner to ensure that the hills are clean and pollution-free. “The locals are aware of the need to dispose waste properly, but it is the tourists visiting Sandakphu on vehicles who litter the place,” said Dutta.