Police suspect that the poison had been smuggled in from Bangladesh 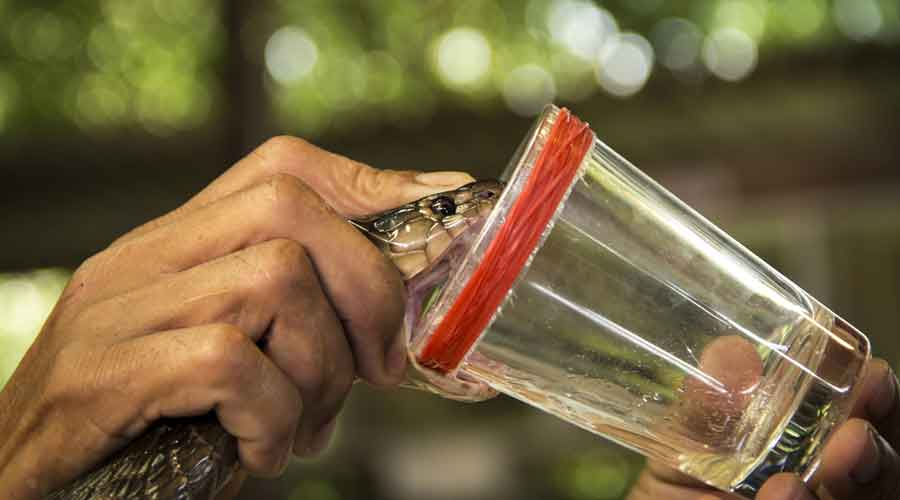 Sleuths of the CID and Malda police on Friday arrested two persons allegedly with around 600 grams of snake venom.

Police sources said the duo, Alam Mian and Mosfiq Alam, were held while on way to Calcutta in an SUV. The police suspect that the venom had been smuggled in from Bangladesh and the duo had collected it from a place in South Dinajpur district.

The seized venom that was in powdered form costs around Rs 30 lakh in the grey market, the police said. “We suspect the duo are associated with a racket,” said Alok Rajoria, SP, Malda.