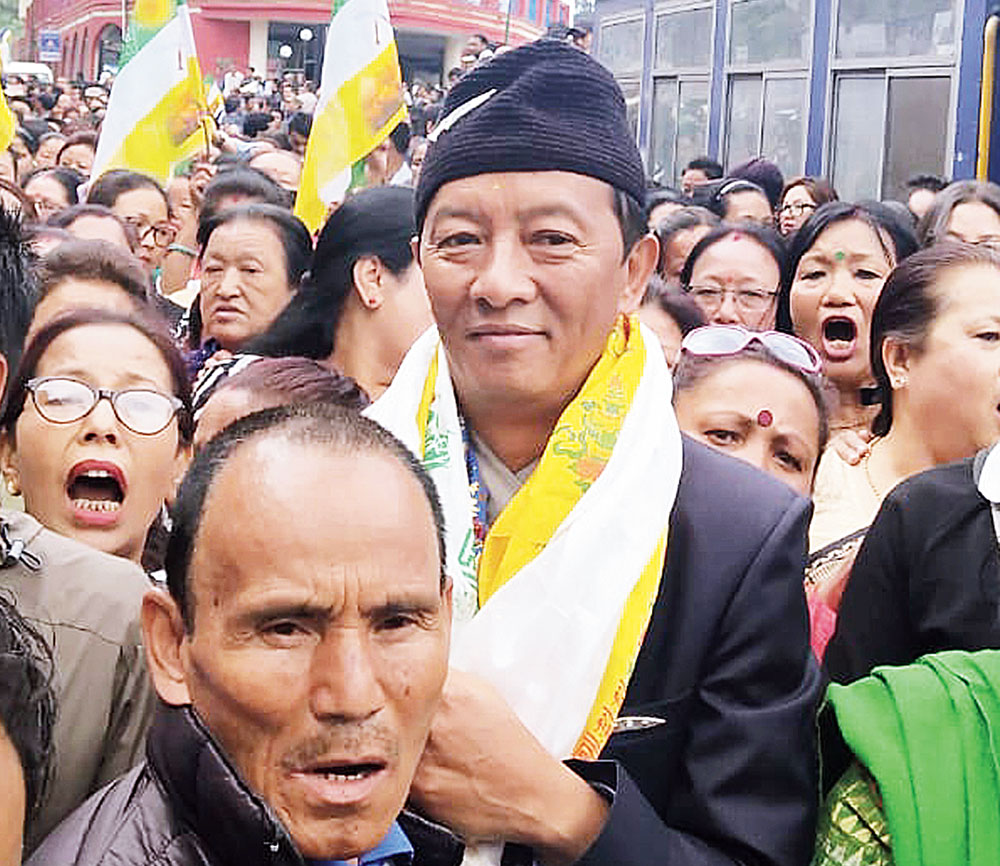 Binay Tamang on Friday filed his nomination for the Darjeeling Assembly seat bypoll and declared he was no longer a “chowkidar (watchman)”.

This poll season in the country has been dominated by the “chowkidar” narrative but Tamang’s reference is different.

“Everyone, mostly Opposition parties, used to say I am a chowkidar. From today, I am no longer a chowkidar and from May 23 (election results day) I will no longer be a nominated person but an elected representatives,” said Tamang.

The Opposition in the hills had called Tamang “a nominated person” and “a puppet” of Mamata Banerjee after he was nominated the chairman of the Gorkhaland Territorial Administration (GTA).

In the rest of the country, Prime Minister Narendra Modi had launched the “Main Bhi Chowkidar” campaign.

Tamang said he had “given up his chair” for the betterment of the hill people. He resigned from his post in the GTA to file his nomination. His deputy, Anit Thapa, has been made the new chairman of the hill body.

“During the 17 months (at GTA), we did a lot of development works but to resolve major issues like land rights we need a bridge to Calcutta . My party thought that I would be the right person to act as a bridge and the state government is also extending all support to us,” said Tamang.

The Tamang camp has decided to make land rights a major issue.

“We will also try and fill all vacant government posts in the hills before the 2021 elections. Upgrading Bijanbari into a sub-division, bifurcating blocks and setting up municipalities in Sonada and Sukhiapokhri are some of the other issues,” said Tamang.

Ten supporters of the Tamang faction were injured when the car they were travelling in fell into a gorge on Friday.

They had come to attend Tamang’s rally.