Move aimed at involving kids in fight against trafficking 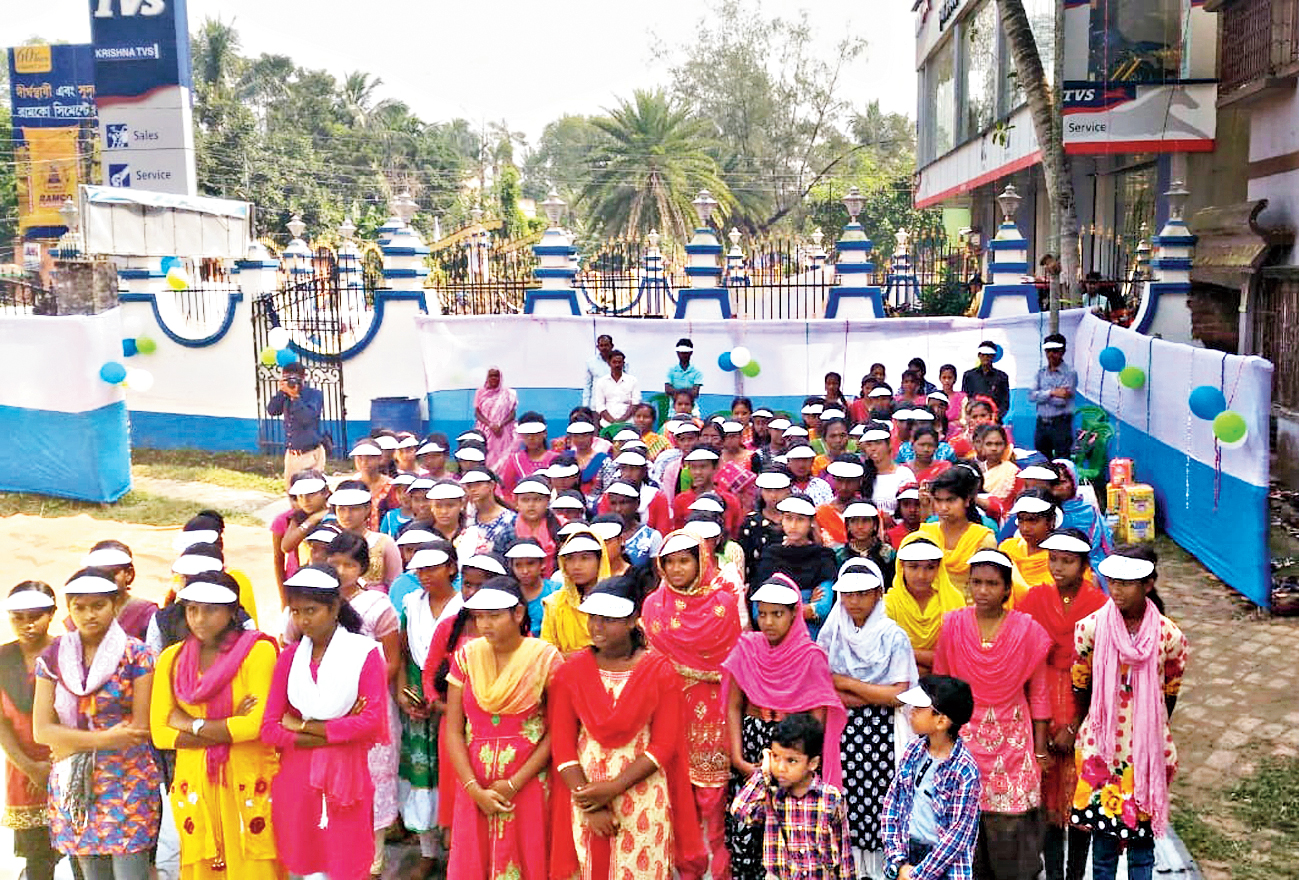 A children’s corner with cartoon characters such as Chhota Bhim and Tweety painted on the walls and facilities for indoor games was inaugurated at women’s police station in Canning, South 24-Parganas, on Thursday.

Officers said the corner had been set up as part of their efforts to take the fear of police out of the children’s minds so they felt free to report trafficking, which is rampant in the district, and other crime.

Ninety-eight children from 10 gram panchayat blocks who attended a three-hour programme at the police station a day after Children’s Day played games, the rules of which were explained to them by cops, and ate breakfast and lunch, again served to them by the cops.

“When children are up to some mischief, the parents say ‘I’ll call police’. This image of the police as something to fear or as adversary lingers beyond childhood. Today, we wanted to portray a friendly image of the police and familiarise the kids with them so they are not afraid to approach them when needed,” said Sister Monica, director, Kolkata Mary Ward Social Centre (KMWSC), the social development wing of the Loreto Congregation in India that organised the event.

The NGO said the groups of adolescent girls they had formed in the villages of the area had helped rescue many trafficked women and stop many child marriages. The movement against the twin social evils will further gain in strength if more children and teenagers join the groups.

The groups raise an alarm whenever the members realise that a girl has not been seen in her neighbourhood for two to three days or if a girl is spotted talking to a stranger.

The children who attended the programme at the women’s police station were from blocks such as Matla 1, Matla 2, Dighirpar, Gopalpur and Itkhola. A large number of families in these blocks are poverty-stricken and trafficking of young women and children are rampant.

Around 80 of the children who visited the police station were girls. All were aged between nine and 18.

The children’s corner in the police station has a seating area that has toys, drawing books and crayons and indoor games such as puzzles and building blocks.

“The idea is to make a child feel comfortable when she or he comes to report a crime or alert us about a crime that she or he thinks is going to be committed,” an officer of the police station said.

A separate register has been made for children’s complaints.

“Munmun Chowdhury, the officer-in-charge of the women’s police station, was very warm in her speech before the children today. She told them about the evils of child marriage and also that underage girls are often sold by the grooms. She asked them to alert the police if they come to know about any child marriage,” a KMSWC volunteer said.

“Trafficking and child marriage are huge problems in this area. We stop at least 30 child marriages each month and most of them through information received from children,” said Chowdhury.

According to Sister Monica, the children’s corner has been set up in keeping with the provisions of

the Juvenile Justice Act, which defines the term “child friendly” as “any behaviour, conduct, practice, process, attitude, environment or treatment that is humane, considerate and in the best interest of the child”.