Child falls out of pool car in Calcutta 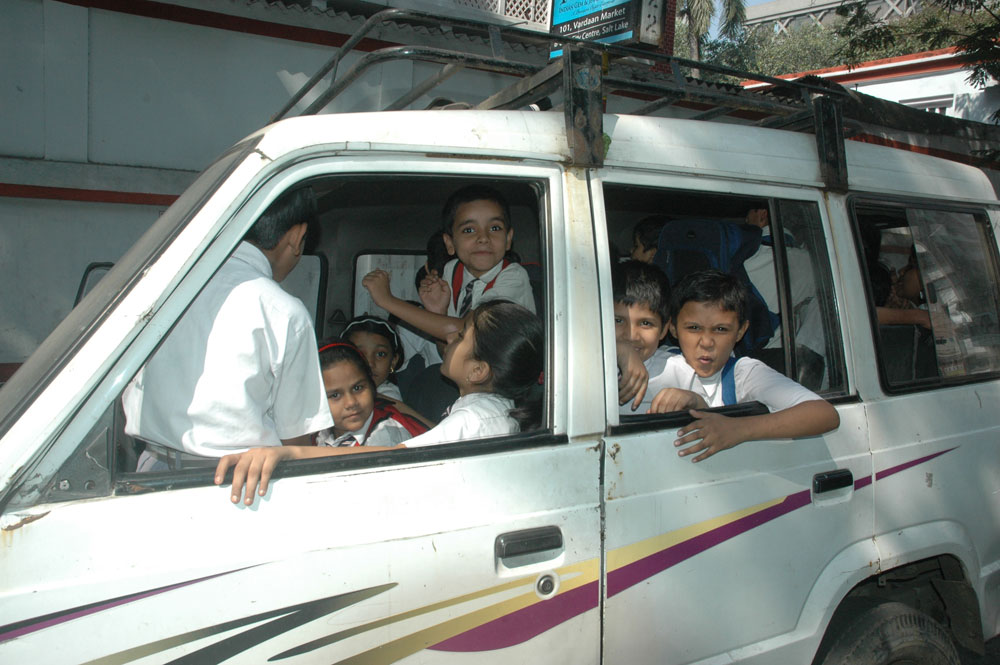 A four-year-old nursery student was flung out of a pool car that left the child on the road in Park Circus during the post-noon peak hour and continued its ride as the attendant inside was busy handing out toffees on the occasion of the birthday of another student, police and his parents said.

Birla High School student Shlok Chandak was eventually picked up by two traffic policemen who were alerted by a biker. Shlok suffered scratches on his left ankle but escaped grievous injury.

The child was thrown off the car, which had apparently braked all of a sudden, on Darga Road near Don Bosco School around 1pm on Friday when the roads are teeming with vehicles. A bigger disaster was averted probably because it was the left door that flew open and the child fell on the side with less onrushing traffic.

The other children in the car had started screaming but it was only after the car had sped a few hundred metres that the driver and the attendant could realise Shlok, who lives in Lake Town, was not inside anymore.

“By God’s grace, he was not hurt. The police officers actually saved my child’s life. The first time I spoke to him over phone, he was crying. After that, they got me connected to him a number of times and he was sounding happy. When I reached the traffic guard, he was playing with the police uncles and watching Pogo channel,” Shlok’s mother Nidhi told The Telegraph.

Shlok and around eight other students were heading home in a Force utility vehicle. Police said the attendant was sitting in the back seat while Shlok by the left window of the middle seat.

Shlok, a resident of Lake Town, was taken to a beauty parlour closest to the spot and helped with an ice pack on his left ankle. Then he was taken to Park Circus traffic guard where he was fed and taken care of.

“They (the police) gave my son chocolates and took very good care of my child. I cannot thank them enough. He has a very minor scratch mark on his left leg,” Nidhi added.

The traffic police intercepted the pool car and arranged for an alternative vehicle to drop the other children home. The vehicle, the driver and the attendant were handed over to the local Beniapukur police station.

Shlok’s parents did not lodge an official complaint.

“We have asked the owner of the pool car to produce the details of the driver and the attendant in the next three days when the school reopens. We have also demanded the presence of a second attendant so that such incidents do not happen again,” Nidhi added.

The parents have demanded a child lock system in the car.