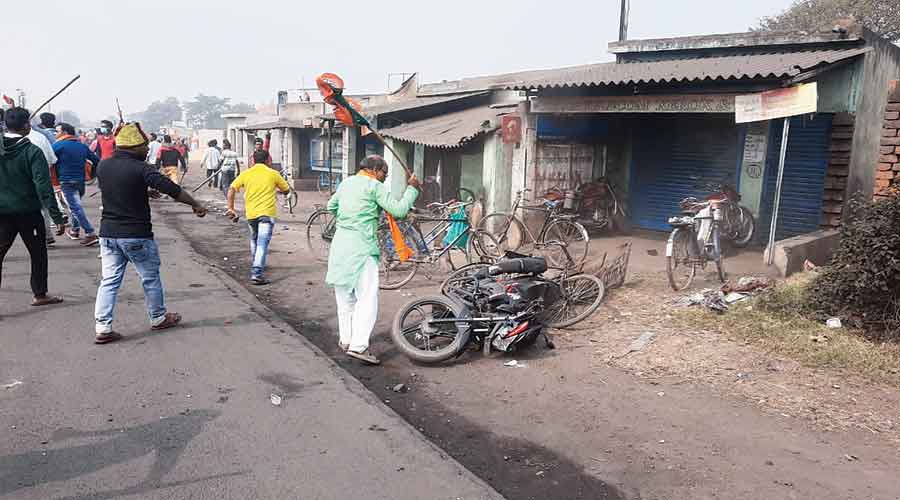 The CBI has taken over the cases on the instruction of a five-judge bench of the Calcutta High Court that had entrusted the agency with the task of investigating the alleged murder and rape incidents reported during post-poll violence in West Bengal.
File picture
Our Bureau, PTI   |   Calcutta   |   Published 26.08.21, 01:09 PM

The CBI has registered nine cases related to post-poll violence in Bengal, sources said on Thursday.

All the four special units of the investigating agency tasked to probe the cases of violence have moved their units from Calcutta to crime scenes across the state, they said.

More cases are under the process of registration with some of them being handed over by the state government, sources said.

The CBI has taken over the cases on the instruction of a five-judge bench of the Calcutta High Court that had entrusted the agency with the task of investigating the alleged murder and rape incidents reported during post-poll violence in West Bengal.

The High Court directives came after a committee of the National Human Rights Commission submitted a report on the violence in the state after Assembly poll results on May 2.

Passing a unanimous judgement on a batch of PILs seeking an independent probe, the High Court Bench also ordered the constitution of an SIT of state police officers to probe all other cases.

The SIT will include Suman Bala Sahoo, Soumen Mitra and Ranveer Kumar, all IPS officers of the West Bengal cadre. The bench will monitor the investigations by both the CBI and the SIT and asked the two agencies to submit status reports to the court within six weeks.

The bench said there are allegations that the complainants are being threatened to withdraw the cases and a number of cases of murder being claimed as natural death without recording FIRs and conducting probes according to the procedure established by law.

Noting that the West Bengal police have not properly responded to the allegations of inaction and tried to downplay them, the bench said, "It certainly needs investigation by an independent agency."

It said three months have lapsed since the matter was taken up by the court, but "no concrete action has been taken by the state, which could inspire confidence except filing affidavits and placing on record thousands of papers."

A couple of days after Mamata Banerjee’s Trinamul Congress had emerged winner for the third consecutive time, the BJP and other parties, including the CPM and the Congress, complained of their workers being attacked and properties destroyed at various places in the state.

When the case came up for hearing before a larger bench of the high court, the state government had argued that the incidents of violence had taken place between May 2 and 5 when the administration was under the control of the Election Commission. It further argued that after Mamata had taken over as chief minister on May 5, things were brought under control.

The petitioners, however, continued to claim that post-poll clashes were still on and thousands of workers of Opposition parties had been rendered homeless and properties looted.

Following the prayer, the five-judge bench ordered the NHRC to constitute a committee and probe into the cases of violence. Accordingly, an eight-member committee was formed and it filed its report before the court on July 13.