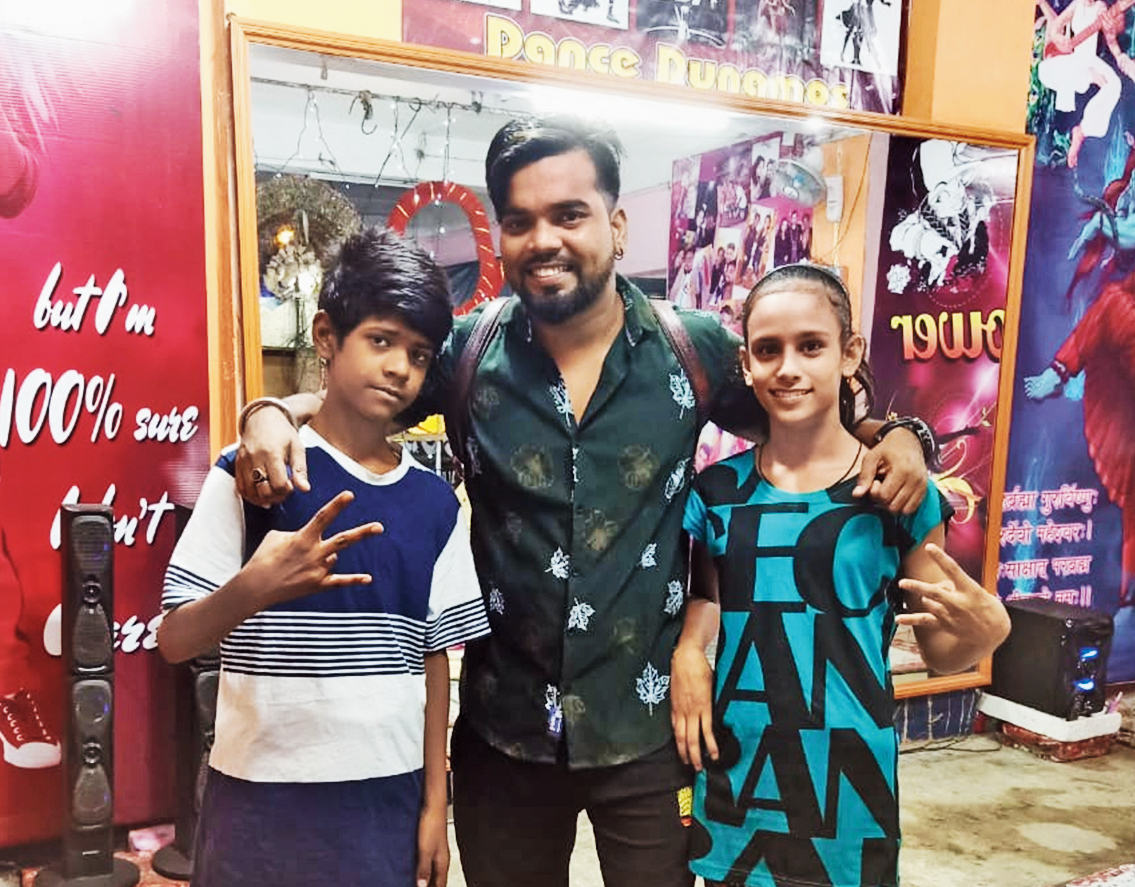 The boy and girl in uniform whose cartwheel and somersault on way to school, with bags on their backs, won praise from legendary gymnast Nadia Comaneci are children from Garden Reach who were only trying to impress their dance teacher.

“This is awesome,” Comaneci had tweeted on Thursday, with a short video that showed the two performing on the road, one after the other, as other schoolchildren walk past them. A day later, Comaneci wrote: “Outstanding…on the way to school.”

Jashika Khan, 11, and Mohammad Azajuddin, 12, have no training in gymnastics. They were trying out the moves “only in play” in front of their dance teacher, who has been training them for free in hip hop and B-boying for the past four years.

“We improvised some of it on the spot…. Sir gets scared when we do some moves on the road. In fact, that day also we were doing it only in play but he made a video and it went viral. We had not thought that a world-famous gymnast would post our video,” Jashika said on Monday evening.

The girl, who lives with her parents and two siblings in a one-room house in a Garden Reach slum, did not know who Comaneci was until the video went viral and their trainer Shekhar Rao started getting calls.

The video shows the two students of Sanghamitra Vidyalaya in uniform, carrying schoolbags on their backs, breaking into a cartwheel and somersault as they walk down a cemented road. Jashika, a Class VII student, follows Azajuddin, a Class VIII student.

The two had just finished their dance lessons at Eternities Dance Academy, where they train at least four days a week before school in the morning and again at night. On Sundays, the practice stretches for more than seven to eight hours.

What preceded the video were complaints from other students at the dance academy that the two would occasionally make the road their stage.

“I asked them, could they do it in school uniform (with their bags)? And they did it. I was shocked and I shot a video and uploaded it on various social media platforms,” said Rao.

Rao has been picking talented children from slums and training them for free. His crew of 60, including these two children, has participated in dance reality shows and won championships on national television.

“The USP of this kind of dancing now is the kind of improvisation that they can do in the air. Else, the moves seem the same,” said Rao.

The dance trainer admits he cannot provide the infrastructure or safety nets that other places might be able to afford. For the tougher moves, he practises on the grass on the Maidan so that the children do not hurt themselves badly if they fall.

“In the locality where these children live, not much importance is given to dance. They think that it is only through academics that they can earn a living. But I train these boys and girls because they are talented,” said Rao.

Jashika’s father is a driver and her mother works in a tailoring shop. Azajuddin’s parents are labourers. For the past two-and-a-half years, they have been enrolled in a course that requires more intensive training.

“There are neighbours and friends who have told me that I am wasting money on them. But I wanted to teach these children who otherwise would not get an opportunity. Today, their popularity and the fame they have gained through one video is my answer to all those who did not believe in me or these children,” Rao said.