The flyover connects the Bypass and VIP Road 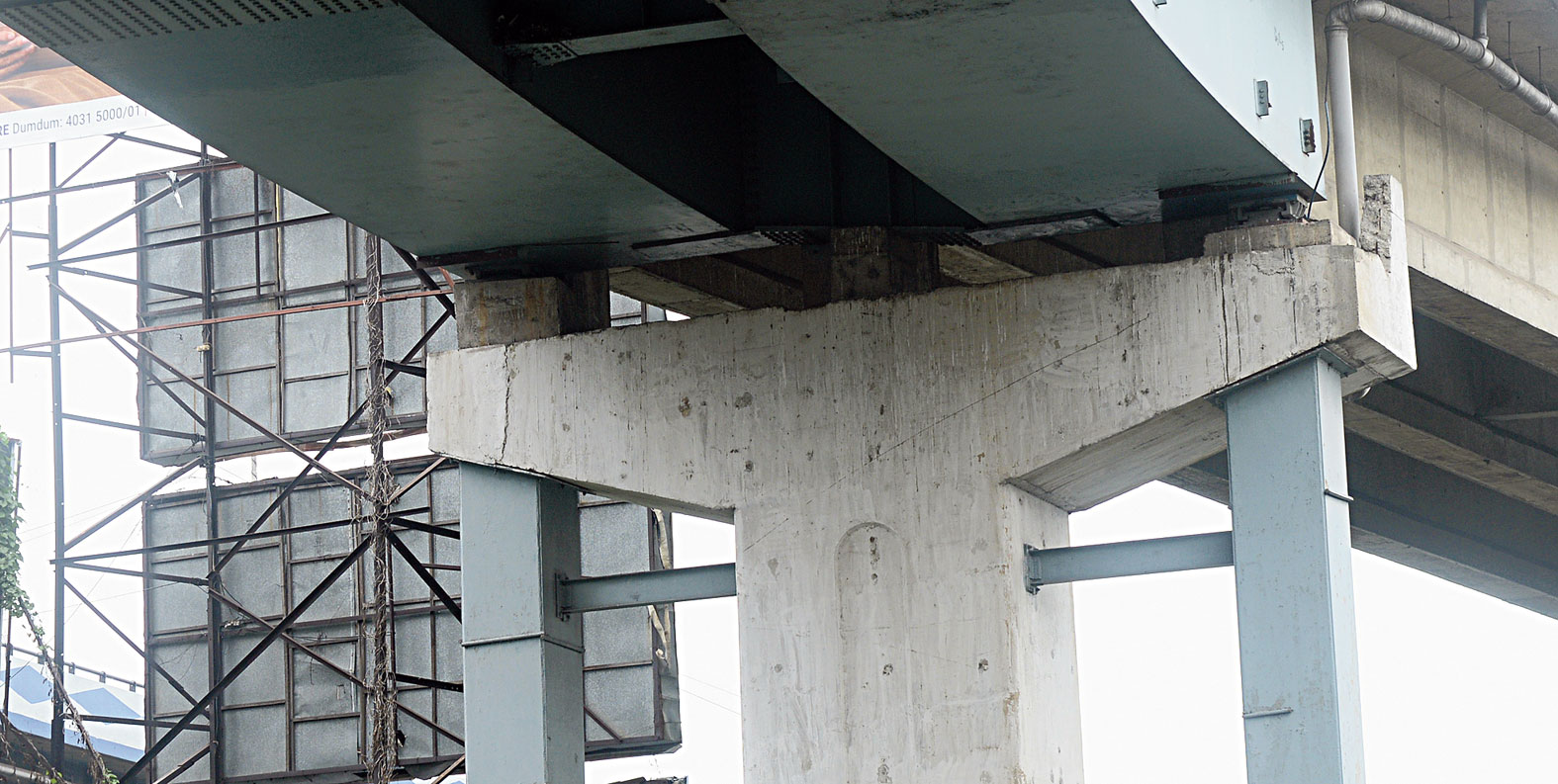 Engineers are mulling carbon wrap or putting steel bands around the crack that necessitated a complete shutdown of the Ultadanga flyover on July 9.

The crack was detected on the flyover’s Bypass-bound flank that is still closed to traffic. The airport-bound flank was opened late on July 11.

The flyover connects the Bypass and VIP Road.

It is difficult to specify when the Bypass-bound flank will be thrown open to public, an engineer who was part of the team that inspected the flyover on Saturday said.

Members of the bridge advisory committee set up by the urban development department after the collapse of Majerhat bridge in September last year, engineers of the Calcutta Metropolitan Development Authority (CMDA) and engineers from a Delhi-based agency that is studying the health of flyovers in the city were part of the team.

Two members of the four-member advisory committee who were not present during the previous inspection on July 11 took part in the inspection on Saturday, a CMDA official said.

Steel bands across the crack perform a similar function, the teacher said. “But carbon wrapping can be done quicker than putting steel bands.”

After the inspection, the engineers in the team held a meeting to discuss the ongoing health assessment of flyovers. “We analysed the preliminary results of the concrete chunks that were taken from the pier in whose cap the crack had been detected,” an engineer who was present at the meeting said.

The advisory committee, as well as the CMDA, wants a comprehensive plan for the flyover’s well-being.

Engineers from GPT, the company that had built the span of the flyover over Kestopur canal after the original had collapsed in 2013, were present at Saturday’s meeting.

The crack was detected on the cap of one of the two piers that hold the span above the canal.

“GPT has been asked to repair the crack. They are best suited for the job as they had built the stretch,” an engineer said.