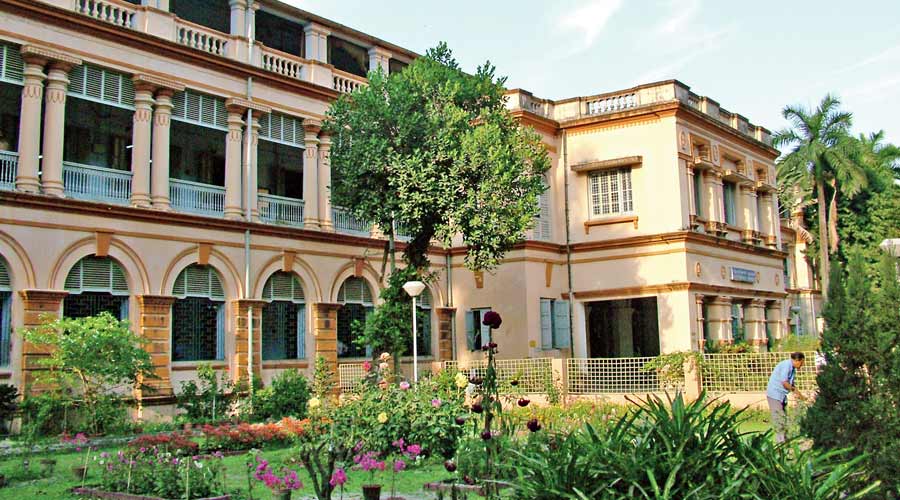 The faculty of engineering and technology at Jadavpur University has resolved that BTech students have to write and submit their ensuing semester examination on digital platforms within four-and-a-half-hours.

The faculty council that met on Tuesday evening took the decision after a section of teachers last week had told vice-chancellor Suranjan Das that students “are sharing answers among themselves” during online exams.

The teachers suggested that the stipulated test duration be enforced across faculties to curb the malpractice.

In the engineering faculty, where students in the last semester examination held in May had taken as many as 12 hours to complete a paper — three hours for writing and nine hours for uploading the script — several instances of shared answers were reported, said a section of teachers.

Chiranjeeb Bhattacharya, a pro-VC and former dean of the faculty who attended Tuesday’s meeting, said, “It has been unanimously decided that students will have half-an-hour for downloading the question papers, three hours for solving the questions and an hour for uploading the answer scripts. This will be implemented in the first year undergraduate and postgraduate semester (second semester) exams due in July.”

The Jadavpur University Teachers’ Association had told VC Das last week in an email that “they strongly believe that the duration of an examination is an important factor for proper evaluation of students”.

Last September, UGC had hold the universities — after the Supreme Court approved the regulatory body’s directive on holding final-year undergraduate and postgraduate exams by September 30 — that the duration of terminal semester/final year examination could be timed for two or three hours.

“However, the university may consider to give half-an-hour or so for downloading the question paper and uploading the answer sheet,” the guideline said.

An official of the AICTE that regulates the engineering education across the country told Metro on Wednesday that whatever be the mode of exam — open book or the traditional pattern — instances of submission of identical answer scripts have to be dealt with strongly by the institutions.

Several IITs and NITs are holding open book assessment over digital platform amid the pandemic.

“But the institutions have to take steps so that instances of sharing of answers are not reported,” the official said.

A teacher of the engineering faculty at JU said the students were taking extra time to submit papers citing poor connectivity. But in reality that they were misusing the option, by copying the answers solved by some bright students and holding consultations, he said.

Parthapratim Roy, the general secretary of the teachers’ Association, said, “During the undergraduate first-year first semester exam held in February, a student took photos of the answer scripts of three other students and submitted them through a PDF file. He did not even want to waste time on copying the scripts.”

The teachers of all three faculties — engineering, science and arts — said they gave the suggestions to VC Das last week on stipulating the examination duration so that nobody could raise question about the quality of the students or question the validity of their degrees from a legal point of view.

“We expect that decision of the engineering and technology faculty will be able to maintain the sanctity of the examination system,” said Roy.