According to the notice, the inaugural function for the tutorials will be held on May 26 and streamed through the institute's YouTube channel 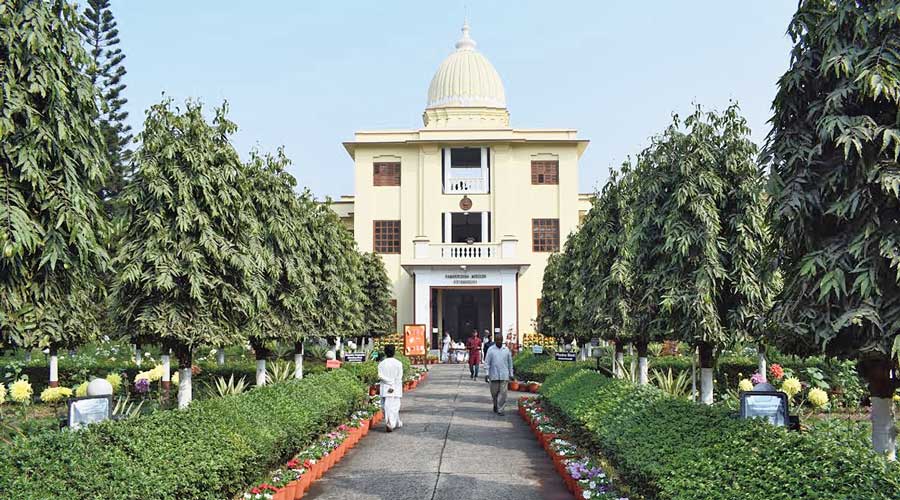 Students of Ramakrishna Mission Vidyamandira, Belur, will offer free tutorials on digital platforms to underprivileged students from Classes III to VIII six days a week from May 26, according to a routine drawn up by the college.

A notice signed by Swami Ekachittananda, the principal of the college, says classes will be held from 7am to 8pm in Bengali, English, social studies, history, geography, mathematics, science and environmental science.

According to the notice, the inaugural function for the tutorials will be held at 6.45pm on May 26 and streamed through the “Ramakrishna Mission Vidyamandira” YouTube channel, after which the students will be asked to follow the channels of their respective classes.

An email account has been created for each class for the students to send their queries. The students can interact with their teachers by posting their queries on the chatbox.

Fifty students of the college, who underwent training under the watch of teachers of Ramakrishna Mission Junior Basic School at Sargachi in Berhampore, will take classes.

The monks of Vidyamandira held an “audition” last week to ascertain whether the students who will be taking the classes had picked up the necessary skills. They have been allotted classes based on their performance during the audition, Swami Ekachittananda said.

In Bengal, schools affiliated to the West Bengal Board of Secondary Education had resumed in-person classes for students of Classes IX to XII from February 12. But the classes were suspended on April 21 following the state government’s decision to bring forward the summer vacation because of the surge in Covid cases.

The students of Classes III to VIII have been away from school since March 2020, following the outbreak of the epidemic. Although classes are supposed to be held on digital platforms till in-person classes resume, many in the school education department admitted that academic activities had suffered a jolt as many teachers were still unwell after attending election duty and a section of teachers had yet to adapt themselves to taking classes on digital platforms.

An official of the education department said that since the schools would be converted into safe homes because of the rise in Covid cases, in-person classes are unlikely to be resumed anytime soon. “The effort by Vidyamandira will help school students remain in touch with studies as much as possible,” the official said.

The teachers of the Belur college will deliver motivational lectures occasionally.

Students of Ramakrishna Mission Residential College, Narendrapur, will offer free tutorials to underprivileged students of Classes IX to XII, who have not been attending school because of the epidemic.

The free tutorials for the senior school students start on May 26.